Boris Johnson’s most recent speech encouraged people who cannot work from home to get back to work. But this has raised questions about how safe it is to do so. As lockdown eases these questions will become ever louder. So which cities are likely to have the biggest challenges when it comes to social distancing at work?

Cities in the South have less workspace per worker than cities in the North, this applies to office and factory space

When looking at commercial space (industrial and office space combined), we see that cities in the South East have generally less workspace per worker than cities in the North. While a worker in Oxford has on average around 21 square meters of workspace available to them, in Blackburn a worker has almost four times more space (71sqm).

This situation is likely to be particularly acute in economically strong city centres as jobs cluster together to gain from the benefits that density brings. The City of London, for example is characterized by its large skyscrapers which help make it the place with the highest job density in the country. The job density in London’s city centre is around 540 workers per hectare while the average of UK city centres is 124.

In addition to adapting working environments to meet social distancing requirements, these successful centres also have the big problem of getting workers to their offices. Commuting by public transport is higher into city centres than to other workplaces generally. But it is highest into dense city centres. In Leeds, 38 per cent of city centre workers commute by public transport. In Manchester it’s 46 per cent. And in London it’s 80 per cent. And while walking and cycling may address some of this, it will only go a small way to doing so.

Not all cities are facing the same challenges in getting their workers back to their workplaces. In general, the need for social distancing is likely to have a bigger impact on businesses in southern cities than northern cities, with implications for how quickly people will be able to get back to work once the lockdown is lifted.

How will Coronavirus change professional and social life in cities? 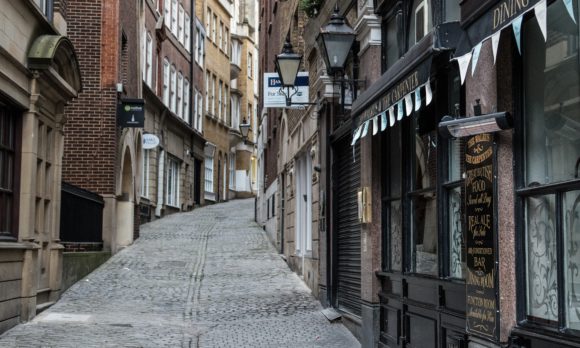