One of the indicators we used to look at London’s relationship with other cities in this year’s Cities Outlook was the jobs created by London businesses in other cities.

The map below shows the proportion of private sector jobs that are accountable to a London HQ. York, the city most reliant on London businesses for jobs, is very much an outlier. London’s employment links tend to be strongest with cities in the Greater South East: seven of the top ten cities are in this area. Meanwhile they are much weaker in cities in Yorkshire and the North West: eight of the bottom ten cities are in these two regions. 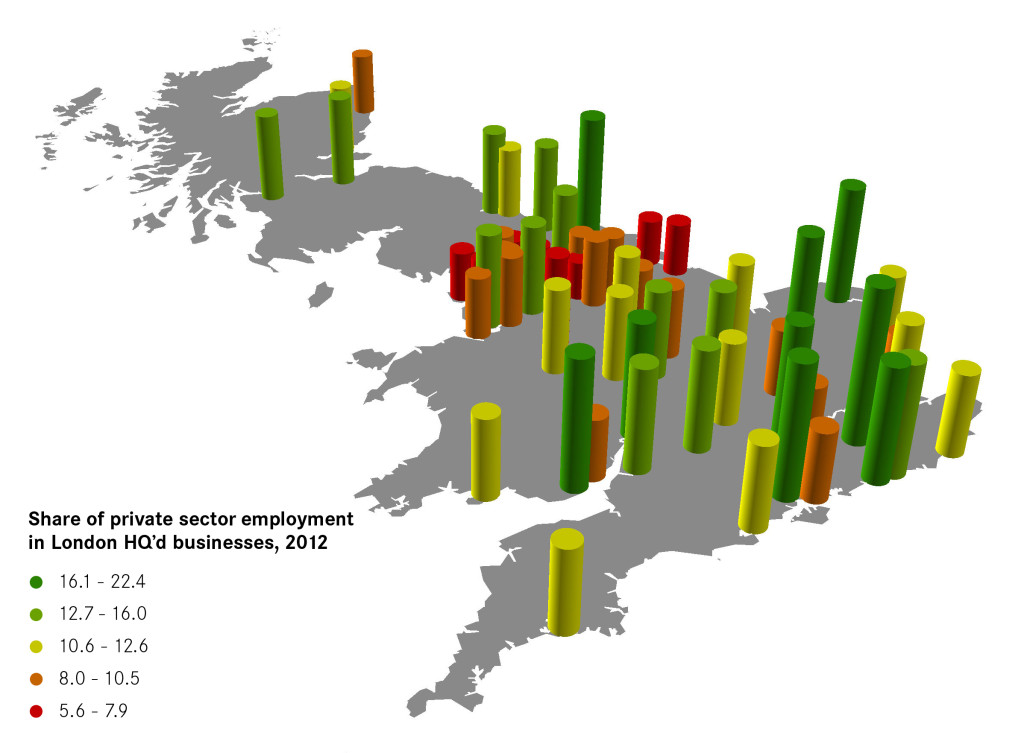 However the percentages shown above mask the scale of jobs in some cities. Birmingham and Manchester both have around 85,000 people employed by London businesses. This is equivalent to the entire number of private sector jobs in Swindon and Derby.

While there is much talk of the value of independent businesses in economic development circles and beyond, the importance of branch businesses tend to be underplayed. Rather than a cause to celebrate the independent nature of some economies, low levels of employment in branches are likely to be indicative of a wider problem.

Our strongest city economies are attractive to businesses elsewhere because they present an opportunity to make money. What makes them successful, as we showed in Open for Business, is that they complement this external investment with a dynamic ‘local’ business base.

The implication is that those cities that fail to fire on both fronts, the attraction of investment from other cities or countries or through ‘local’ business growth, are likely to find private sector job creation more difficult. As the table below shows, cities such as Barnsley, Stoke and Mansfield fall into this category. 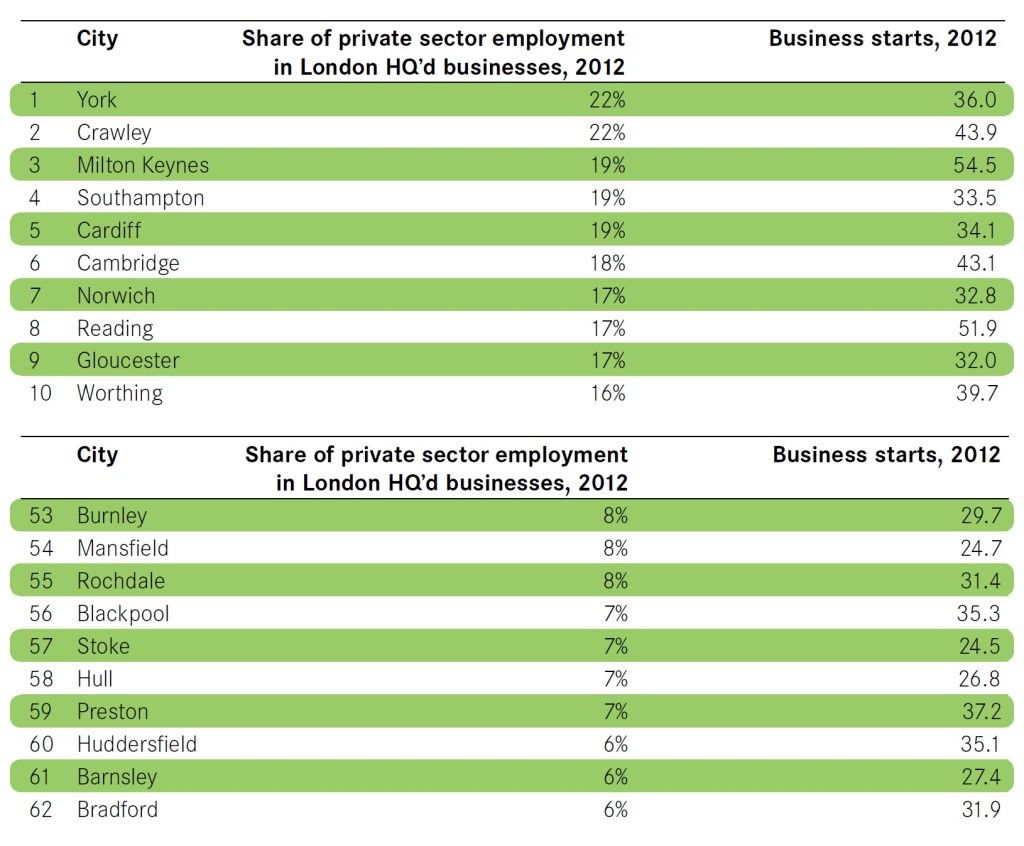 It’s for this reason that a recurring recommendation from Centre for Cities is for policy to concentrate on improving the fundamentals that affect business growth: the skills of the workforce, their ability to get to the workplace via public and private transport, and the responsiveness of planning departments to the desires of business to expand.

London is currently the dominant force in the UK economy, but the strength of its business base provides opportunities as well as threats to other cities. Some of our cities, such as York, Milton Keynes and Cardiff, are taking advantage of this. If struggling cities are to improve their economic fortunes, they must focus on getting the fundamentals to attracting businesses right.