New employment data released today gives us the latest picture on where jobs are located across the country.

It shows that, if you draw a line horizontally across the country from London to Bristol, these cities and those to the south accounted for a staggering 42 percent of total city employment in 2011. London was the main contributor providing almost three quarters (or 5.0 million) of the 6.8 million employment positions housed in these 13 cities.

Unlike in the South and Midlands, there are more mid to large urban areas in the North, measured in employment terms. Manchester, Glasgow, Leeds, Liverpool and Sheffield together accounted for half of employment in cities north of Mansfield. That said, there were some smaller cities too. Blackburn, for example, had 15 times fewer employees than Manchester. 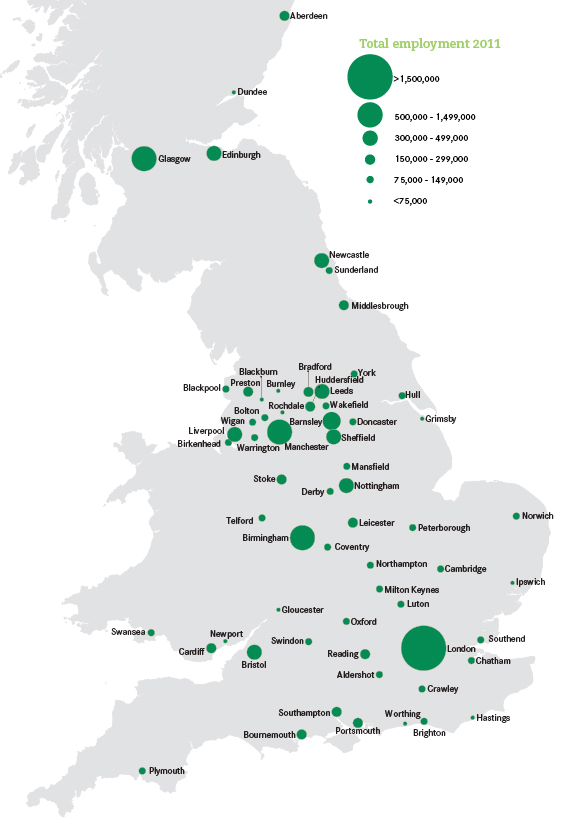 In sum, the data provided by the Business Register and Employment Survey shows that cities in the South dominate in employment terms. Yet these jobs are housed primarily in London. In contrast, employment opportunities in the North are more evenly spread across its cities.