Since December’s election the policy landscape in the UK – England in particular – has suddenly become very interesting again. After years of Brexit-induced stagnation, Ministers and officials are blowing the dust off plans in departments across Whitehall. They are hitting the road, keen to engage and eager to resolve regional inequalities.

In Greater Manchester – where one third of MPs are now Conservative – after 10 years of having a Combined Authority, six years on from the launch of the Northern Powerhouse and three years after our first mayor was elected, there are some really stark contrasts where Government policies have come up against the harsh realities of life outside London. These are the very conditions that the Government wishes to “level up” and which present a great opportunity for the mayor to leverage, not just for funding, but for more powers and influence with Government.

Why big cities are crucial to ‘levelling up’

There can be no doubt that the headlines generated on the back of poor local transport catapults this issue to the top of any mayor’s to-do list. National indecision has played a huge part in building up this problem. The vital Castlefield Corridor package that would release capacity on the city centre choke point from Piccadilly Station through to the Ordsall Chord is still sat on a desk somewhere in Department for Transport awaiting sign off despite it being “approved” in 2012. Until this is sorted nothing substantive can be done to sort out the problems that plague not just Northern but the other half dozen or so operators that use these lines.

Whilst it’s great that we can now see long term commitment to “big” projects with HS2 and NPR it is critical to deal with shorter term improvements too.

Mayors came together to call for the National Infrastructure Commission’s excellent recommendations for additional £43bn investment in urban transportation with the accompanying devolved powers. In Greater Manchester we stand on the threshold of bus franchising and plans are in place for Greater Manchester Rail on the back of that – put together with existing control over Metrolink and the mayor will wield considerable powers and be a long way toward that London-style system.

This is important not just to solve local access and labour market mobility but to make a start on achieving net zero carbon. A viable integrated public transport network, one that is a genuine alternative, will make a huge difference.

It’s vital though that we don’t demonise citizens or business for using their vehicles if public transport infrastructure is inadequate. Clean Air Zones are the right way to go but there have to be viable options in place to help make the change. The excellent work done by Centre for Cities in Holding our Breath calls for a tripling in the Government’s Clean Air Fund to £660m.

This would give immediate help to the next mayor in Greater Manchester where an impasse has been reached with Government over the release of funds to bring in the scheme. We have to go green sensibly and tweaking the words of John Holland-Kaye, the boss of Heathrow, the enemy is carbon not transport.

If transport grabs the headlines another issue that is in equal need of radical action is that of skills and, in particular, Level 2/3 apprenticeships. Government data shows opportunities in Greater Manchester have more than halved since 2015/16, demonstrating a failure of the skills system. This has resulted in thousands of residents being unable to access the first steps of the ladder of career progression. We need rapid local intervention from the public sector to reduce the complexity of the skills system and increase the availability of quality post-16 vocational training. Our members want greater devolution of both skills funding and policy, including control over unused apprenticeship levy as a vocational skills fund for Greater Manchester.

This needs further Government action and if the capability is devolved to the mayor, coupled with the direct practical experience and feedback from business, Greater Manchester will have more control than ever over apprenticeships, T-Levels and post 16 education opportunities. Not only that but they will be able to be steered and deliver for those areas most in need. National strategies haven’t worked, genuine local action is now needed to put right this unacceptable state of affairs.

Where are the missing workers? 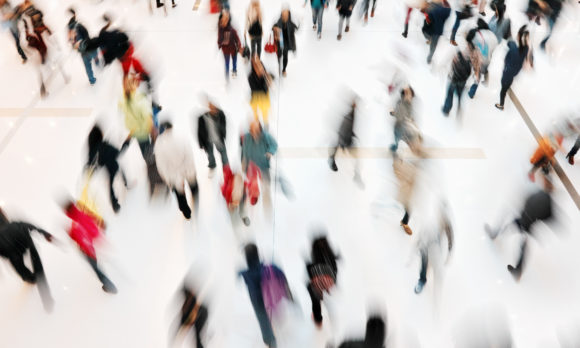 The overall business environment, from taxation and regulation to business support and access to finance, is critical in its impact on business performance. But all too often successive Governments have reverted to constant tinkering, focussing on small initiatives, missing the bigger picture and creating unintended consequences.

Greater Manchester was first out of the starting blocks with its Local Industrial Strategy, setting out clear ambitions to create the best environment for business in the UK. To make this effective not only requires local action but wider support from Government with bold forward thinking and resolution of long-standing problems.

Business rates are an unfair burden on many small businesses and a contributor to the decline of traditional high streets. Every year brings the promise of a full review only for it to be side-lined with another round of complex reliefs. Full re-localisation is too problematic but intelligent, targeted reform of business rates – maybe aimed specifically at the retail sector as a start – will be an important step to help position Greater Manchester as the best place in the UK to do business. This, coupled with more powers for mayors to set, raise and spend local taxes could give the necessary financial firepower, with real accountability, to effect real change and progress.

More powers and more funding are undoubtedly appealing but with the Greater Manchester Spatial Framework still to be agreed any further devolved powers or funds delivered in isolation run the risk of being ineffective without clear strategic planning. Greater Manchester has made progress but more can be done with new thinking, innovation and bold solutions both here led by the mayor and at a national level.

Clive Memmott is Chief Executive of the Greater Manchester Chamber of Commerce.

Is Andy Burnham creating a buzz as Greater Manchester Mayor? 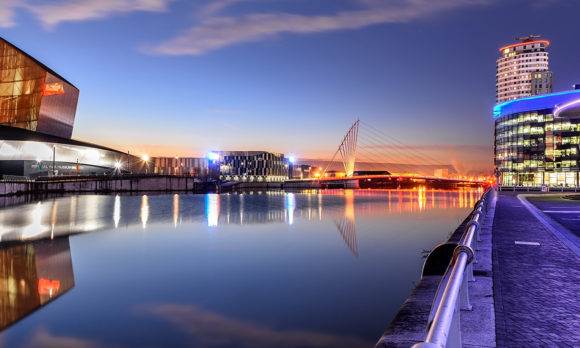 Drawing on data from Cities Outlook 2023, this short deep dive session will spotlight economic inactivity and key trends for London and cities in the South East.

Hosted in partnership with Midlands Connect, this event will explore why delivering the Midlands Rail Hub is key to the region's future.

Drawing on data from Cities Outlook 2023, this short deep dive will spotlight the outlook for Manchester and cities in the North West.

Drawing on data from Cities Outlook 2023, this short deep dive session will focus the key trends in Scotland's cities.