In response to a consultation last year, the Government has proposed a change of the rules that cover the formation of combined authorities (CAs), including a relaxation of certain requirements. Previously prohibited, councils will now be able to form CAs with other councils that are not direct geographic neighbours, or to form doughnut shaped CAs around authorities who do not wish to join.

But while change is needed in the way councils can come together to form CAs, these new flexibilities will do nothing to resolve the main issues that councils face in doing so.

Combined authorities provide joined-up strategic leadership across councils at the scale of the real economy. They provide a practical and pragmatic solution for enabling authorities to work together to deliver on the transport, infrastructure, housing and skills policy that are crucial for local people, jobs and businesses. For this reason, it is difficult to see how combined authorities that allow satellite councils, or ‘doughnut holes’ could effectively deliver these services and strategic leadership. Picture Greater Manchester combined authority attempting to design and deliver transport policy without Manchester City Council as a full and willing member at its centre, for example. Or consider the difficulties in formal statutory housing policies relating to Leeds City Region, as well as the city of York but not the districts of Selby and Harrogate (part of North Yorkshire County Council), being part of the arrangement as well. 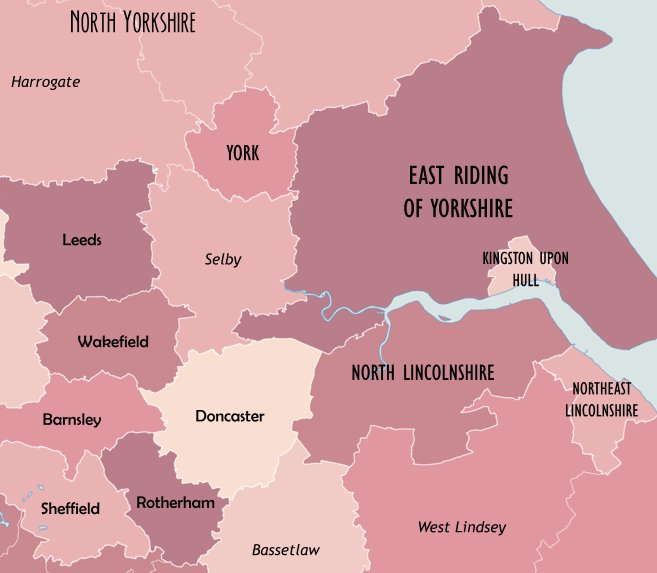 The more pressing issue is that many authorities within a functional economic area cannot join together to form a combined authority because of rules on the eligibility of authorities in the two-tier system of local government – the Government has not proposed to change these.

Many cities would benefit from forming combined authorities with councils with whom they share strong economic links, including district councils that cannot join without the entire county of which they form part of joining as well. In most cases the real economic geography of an area does not match the administrative boundaries in place, and this is especially prevalent in, though not excluded to, small and medium sized cities. 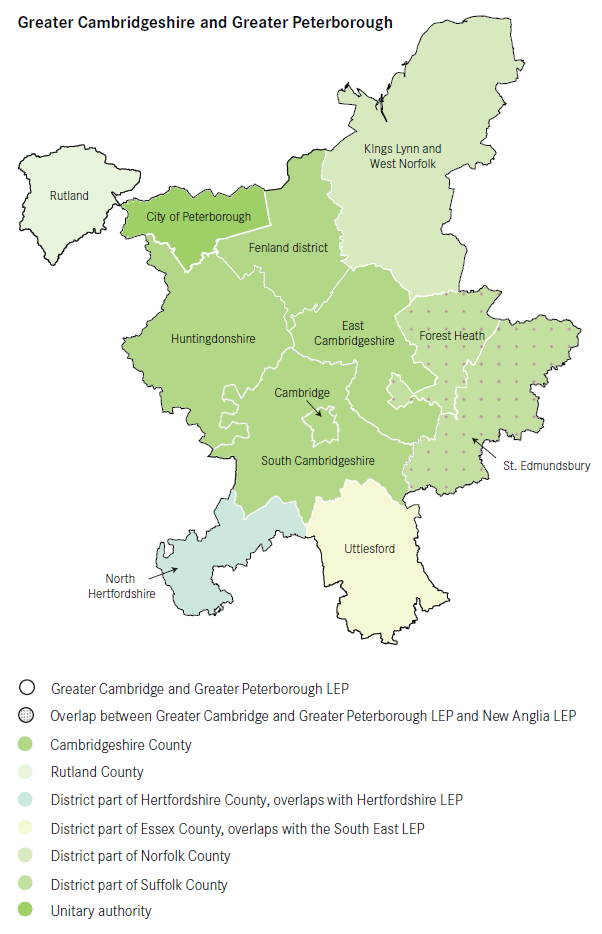 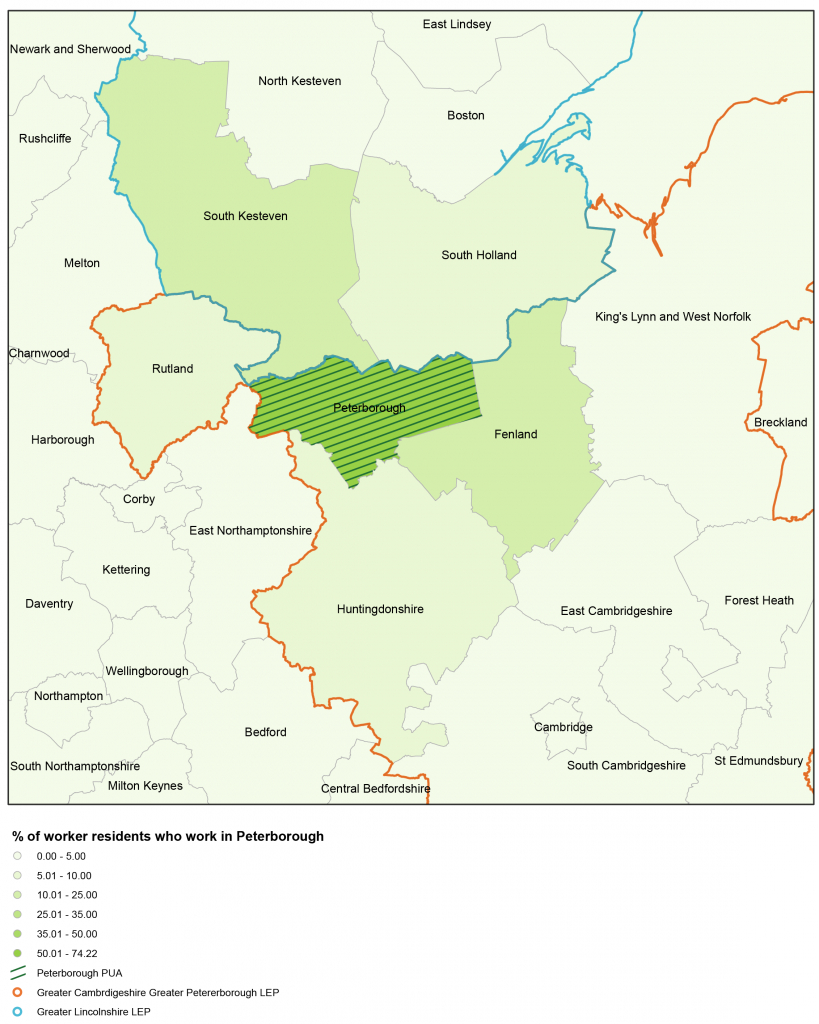 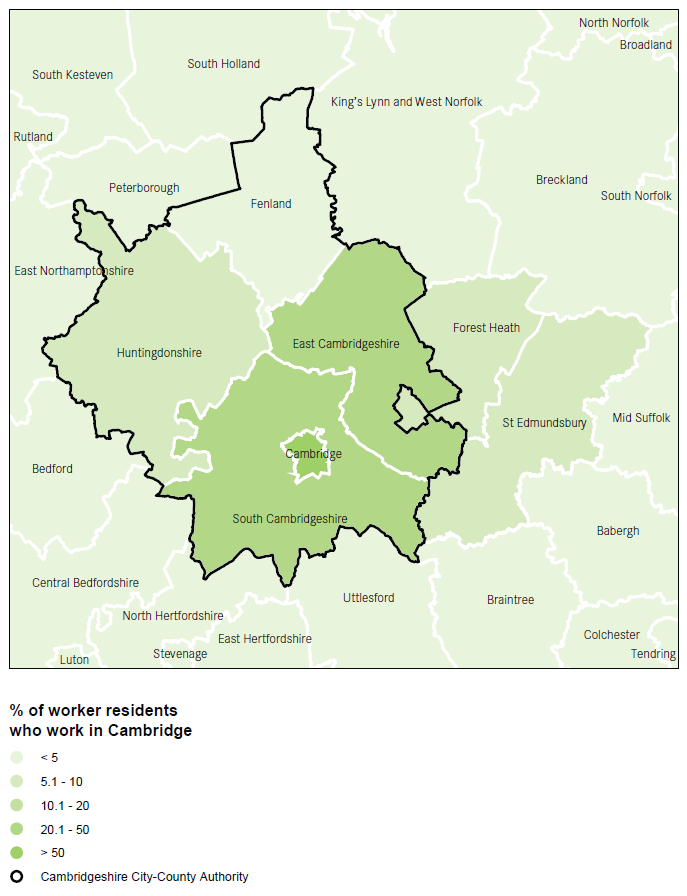 Similar issues come up in Brighton, where commuting patterns show strong ties between the unitary Brighton authority and neighbouring authorities, including with district councils in both West and East Sussex. Here again, the proposed changes do not improve the ability for district councils with strong economic ties to other metropolitan, unitary or county authorities to work together on strategic transport, housing and skills issues that matter most to the economy. 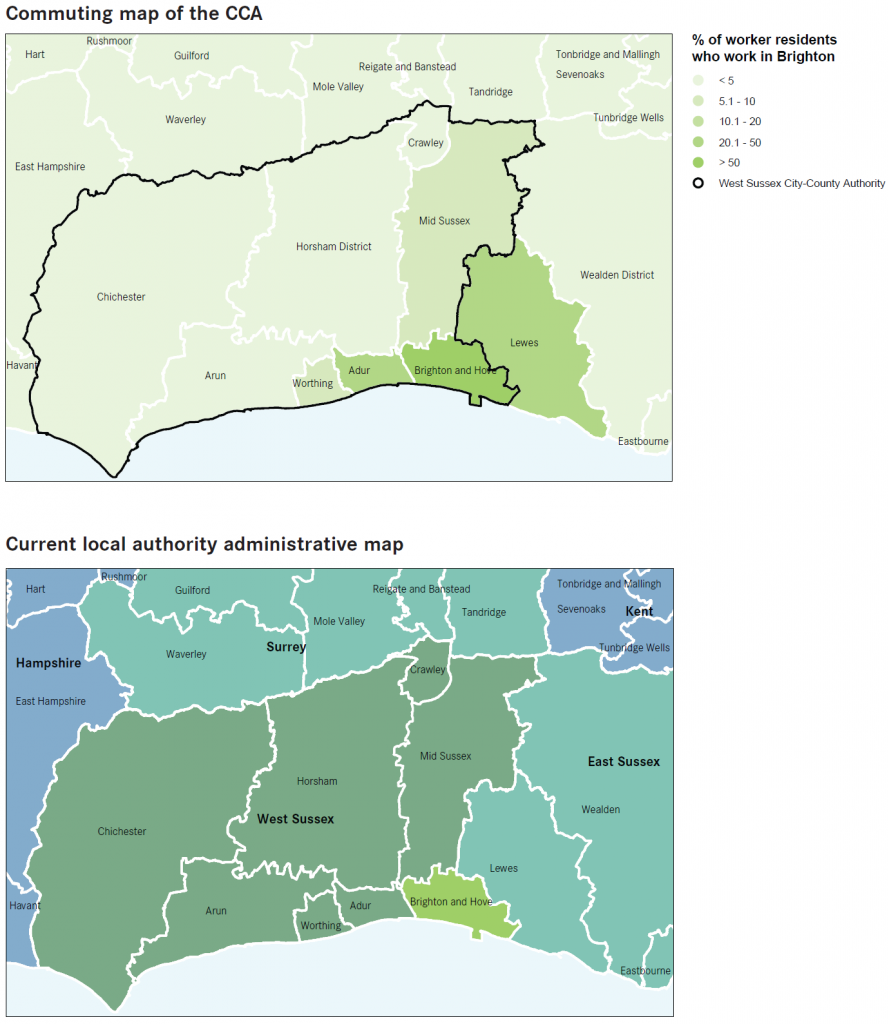 Evidently, the administrative make-up of England and the economic geographies of cities across the country are very complex, and there is no single or simple solution. But supporting areas that share strong economic ties to work together on the strategic planning, housing and transport issues that matter so much to unlocking economic growth is vital, regardless of their designation under the current complicated two-tier system of government. And looking ahead, if more combined authorities are successfully created, this raises questions about the future of the current configuration of local government, particularly the two-tier element, and whether it is fit for the task of supporting economic growth.