The news of Honda’s decision to close its plant in Swindon comes as a big blow to the city. The silver lining is that it is better placed to respond than many cities in a similar situation.

Honda plays an important role in Swindon’s economy. Employing 3,500 people directly and more in its supply chain, the closure of the plant will likely have a significant impact on the city, not only in these job losses but also the drop in spending on local services such as shops and restaurants.

But the city is not as reliant on Honda as other cities with large car manufacturers are. Around 18 per cent of jobs is in knowledge services, the ninth highest of all British cities. It has the eighth highest employment rate of all UK cities. And it has the 12th lowest share of residents holding no formal qualifications of all UK cities. These figures show that it has been attractive to businesses beyond the automotive sector for some time, and this is likely to continue to be the case.

The city has also been able to respond well to closures and changes in the economy in the past. At the start of the last recession, the closure of Woolworths, which had its distribution operations in Swindon, and the decision by Honda to temporarily close its plant and subsequently reduce the number of jobs on site meant that unemployment rose sharply. But despite the weakness of the national economy at the time, the number of people claiming unemployment benefit fell sharply after the initial increase. 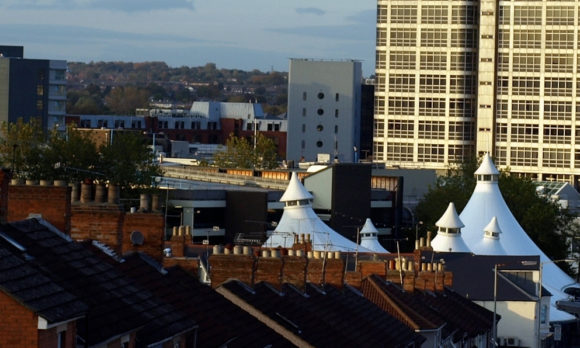 Over a longer time period, Swindon has also been able to reinvent its economy. The city’s expansion in the 19th century was a result of the growth of the railways, but its subsequent ability to attract in investment in higher-skilled activities in new industries means that the ‘railway town’ moniker hasn’t been relevant for many decades.

Other cities that are home to large employers are not so fortunate. Sunderland, for example, is much more reliant on its Nissan plant, with its track record at attracting in higher-skilled business investment being much weaker. And the recent struggles of the steel sector have affected a large part of the economies of Swansea and Middlesbrough.

Given this, it is surprising to see how many places do the opposite. Innumerable economic strategies speak of building on strengths, with the forthcoming local industrial strategies likely to be no different. The current turbulence in the automotive industry shows that a sector’s strength today may not be a strength tomorrow. In Sunderland, much investment has gone into creating an advanced manufacturing park based around having Nissan – just one company – in the city.

Those cities that are successful today are the ones that have been able to attract in investment from new sectors as they have come into being, just as Swindon has done. The news of Honda’s closure is terrible for those who work at the plant and its supply chain, and for Swindon more generally. But it is at least relatively well placed to deal with this blow. Other cities are not quite as well positioned.

What works for responding to economic shocks?

Go to the toolkit