The Queen’s Speech this week outlined the Government’s legislative agenda, which promised to boost “economic growth to address the cost of living, helping to create conditions for more people to have high-wage, high-skill jobs”.

As this will be the last parliamentary session before the next general election, ministers would certainly have looked to introduce bills which were politically popular and appealing to voters. But what does the Queen’s Speech really mean for levelling up, the Government’s flagship policy agenda?

The Queen’s Speech included the Levelling Up and Regeneration Bill, outlining measures in the levelling up agenda that require legislation in order to be delivered.

Key to this is the devolution of powers to local leaders.

February’s long-awaited Levelling Up White Paper defined the concept of levelling up as rebalancing the UK’s regional disparities through “improving economic dynamism and innovation to drive growth across the whole country”. Much of the Levelling Up and Regeneration Bill is focused on two of the four levelling up objectives, namely empowering local leaders and improving pride of place for local areas.

The Bill introduces an important foundation for devolving real powers to local leaders, which will be key to levelling up. It sets out that all parts of England will be given the opportunity to benefit from new “County Deals”, targeted towards places outside the largest cities. These new devolution deals offer the rest of England the same powers that directly-elected mayors have gained in areas such as skills, transport and economic support. As a reminder, nine areas have been invited to begin these negotiations with government (Cornwall, Derbyshire & Derby, Devon, Plymouth and Torbay, Durham, Hull & East Yorkshire, Leicestershire, Norfolk, Nottinghamshire & Nottingham and Suffolk), with the aim to agree most of these deals by autumn 2022.

This theme of increased accountability for delivering levelling up is initially apparent through the new “duty” being placed on government to deliver the 12 missions from the White Paper and produce an annual progress report. However, looking at the detail, the language used in the Bill indicates that ministers will be able to change the methodology, metrics and target dates of the missions. This contradicts the reasons for which these targets are set in the first place. The danger of having ever-changing targets is that it diminishes policymaker accountability and the probability of policy delivery, so government must make sure to commit and deliver the White Paper’s missions by 2030.

Onto the “Regeneration” part of the Bill, where measures such as a non-negotiable Infrastructure Levy should be welcomed. This would be “locally set” and levied on the value of a new development, which would then be used to finance infrastructure for local communities, such as new roads and schools.

Government should ensure this is both set at the city region level and that city regions have the freedom to use the revenues raised as they wish. The current system, including Section 106 payments and Community Infrastructure Levies, induces bargaining and delays into the process of funding infrastructure. Having a quick and simple approach would ensure infrastructure is ready sooner.

Residents will also be given more of a say over allowing development and property extensions on their streets, which will only be allowed to go ahead if supported by a “supermajority” of local people in a referendum. These “street votes” will be an idea worth trying and something all political parties should feel comfortable supporting.

Pavement licensing red tape will also be scrapped in order to expand capacity for businesses to use outdoor space, a trend which became popular during successive lockdowns. Not only did this pedestrianise parts of city centres, it also encouraged the public to support the hospitality industry, and is a welcome reconfiguration of local areas.

The Bill will also “introduce new powers” for local councils to force landlords to bring unused shops and other commercial premises back into use, whilst also instigating rental auctions of vacant commercial properties in town centres on high streets. As much as encouraging the mixed use of space is critical, this does not address the fundamental issue of struggling city centres with empty high streets, i.e. that of finding tenants for these empty buildings in the first place.

The focus should instead be on driving demand to places, in particular how to attract high-skilled workers. These are the people with the spending power to drive growth. The Government should be focusing on solutions such as investing in skills of the local workforce, so that businesses want to move to these places, or creating a City Centre Productivity Fund from the existing National Productivity Infrastructure Fund, which local authorities would be able to use to fund regeneration projects. 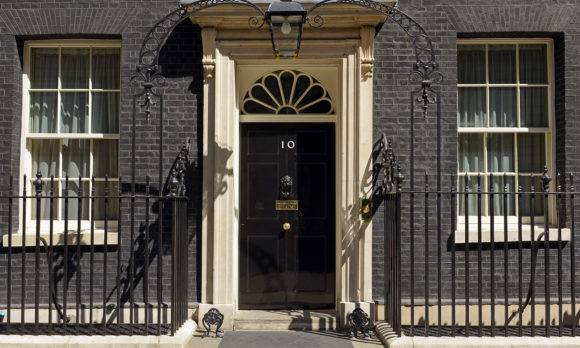 The hope for these reforms is that decision-making around planning will be less discretionary, as this ends up rationing land and restricts the supply of new homes, but it is worth bearing in mind that the extent to which more housing supply will “level up” the North and Midlands is debatable; rather, the focus should be on strengthening the private sector across their cities.

Amongst the other Bills announced, the Energy Security Bill is a welcome re-commitment to the net zero agenda, something which was mentioned as a key “Future Structural Factor” throughout the Levelling Up White Paper. On transport, once called a “supreme level upper” by the Prime Minister, the creation of Great British Railways will see a new body accountable for the UK’s rail networks. This state body will have powers over passenger services and its priorities and budgets will be set by government, “in order to reduce the fragmentation of the sector”. It is worth flagging that there was nothing on how government is intending to further support the future of bus services across British cities through the legislative agenda, which is key to levelling up.

In terms of next steps, these Bills should move to the statute book, and over the longer-term focus on delivering the levelling up agenda

Ultimately, the Queen’s Speech is an event where government commits to doing more things, but now it is time to see concrete action. The announcements yesterday lay the foundations for devolution and new planning reforms. In terms of next steps, these Bills must move to the statute book and, on levelling up, government must start delivering policy which tackles the fundamental issues of the UK’s underperforming cities and large towns. Questions still remain as to how government intends to use policy to attract high-skilled workers to knowledge-intensive businesses, driving growth in cities and improving the fortunes of struggling city centres.

Most disappointingly, there were no new measures to address the urgency of the cost of living crisis, indicating how government has taken a step back from the interventionist approach which it demonstrated throughout the pandemic. Policymakers must think quickly and creatively about how to tackle the pressing economic and social issues of the day, for example through an emergency budget. If they don’t, voters will be hit even harder later in the year with rising energy bills and the risk of a recession looming, with potential implications ahead of the next general election.

Levelling up
Levelling Up White Paper: 100 days on

An online panel discussion focussing on the first 100 days of the Levelling Up White Paper and what needs to happen next.