This blog was written and published prior to the change in Chancellor on Friday 14th October.

Since being appointed Prime Minister, Liz Truss has made it no secret that the pursuit of national economic growth is at the core of her policy agenda. In her conference speech, she linked the concept with levelling up, talking about how “economic growth makes life better and easier for everyone”. But what did we learn at conference about what the new government’s plan to level up “in a Conservative way”?

The Levelling Up White Paper, published last February, highlighted a plan to “boost productivity, pay, jobs, and living standards by growing the private sector”. At conference, Tony Travers, Director of LSE London, agreed that a strong private sector is critical for economic growth in cities and emphasised the need for a focus on non-university education, with greater investment in skills and further education for those aged 16 and over. Similarly, Abi Brown, Leader of Stoke-on-Trent City Council, discussed the importance of public transport within cities, regeneration, and devolution of education and skills to the local level.

In terms of substantive policy, there was no other mention of levelling up in Truss’s speech beyond the claim that new investment zones will be key to the agenda. This policy was consistently mentioned across fringe events, with the Conservative metro mayors discussing how establishing these zones is now a priority for their city regions. Andy Street, West Midlands Mayor, reiterated how the introduction of investment zones is “top of his list” for the trailblazer devolution deals currently being negotiated with central government.

Tees Valley Mayor Ben Houchen discussed how levelling up was about “building physical things” in cities through infrastructure projects, and how investment zones would be an effective way of putting this into practice. He was however also keen to emphasise that business case assessments by central government for infrastructure projects in local areas could take up to one year, meaning time is of the essence for the Government to make progress before the next election.

This view was reiterated by Nadhim Zahawi, Chancellor of the Duchy of Lancaster, who agreed that investment zones were a “vehicle for housebuilding” but added that it was important to consider whether they would tackle areas of low housing supply. This is concurrent with Centre for Cities’ views on the use of investment zones, which outline how policymakers need to bear in mind that the existing planning system is more of a barrier to growth in the Greater South East than in the North.

There was also much discussion on the competitive bidding process for local areas to access government funding. Travers highlighted how the centralised nature of the UK is well-illustrated by the “divvying up of the centralised cake”, which only encourages competition between places and creates an illusion that there is a fixed amount of economic output to be shared between places, leading to detrimental outcomes.

Travers emphasised that it is a “far more efficient use of resources if decisions are made locally” and used the example of fiscal devolution as a means of empowering local areas. He argued that cities should be allowed to keep more revenues raised through the local tax base, as this would create a “real incentive to grow”. The need for fiscal devolution was also emphasised by Ben Houchen, who criticised the current imbalance between being able to spend money locally and not having any responsibility over where that money comes from.

There has of course been much talk of how the Government’s growth agenda will be funded. As well as borrowing, comments from the former Chancellor Kwasi Kwarteng and ministers have led to fears of a new period of austerity, where government spending across departments (and on local service provision) would likely be reduced to decrease the amount borrowed by the public sector. In a recent interview with The Times, Secretary of State for Levelling Up Simon Clarke discussed the UK’s “very large welfare state” and noted that Whitehall would have to “trim the fat”, referring to budget consolidations by government departments.

At our ‘Welcome to the City’ reception, Paul Scully, Minister of State at the Department for Levelling Up, Housing and Communities, spoke to the Local Government Chronicle where he echoed Clarke’s comments and noted that “the spending review provided a generous settlement [for councils] … so there is fat to be trimmed”. Policymakers must bear in mind how austerity disproportionately affects cities (which are the drivers of national economic growth) and the consequences this would have on people’s living standards. Overall, whilst there was much discussion over the Government’s plan to remove “cumbersome” regulations and taxes at last week’s conference, there was little debate about the vital role played by public investment, particularly in poorer places.

As summed up by Abi Brown, the pressure is on for the Government to bring its new ideology together with the needs of the people, particularly with the next general election due to be held in less than two years’ time. The “levelling up” slogan has proven to be a vote winner for the Conservative Party in the past, but it remains unclear what will take its place in this Government’s policy agenda.

What did party conference tell us about Labour’s commitment to levelling up? 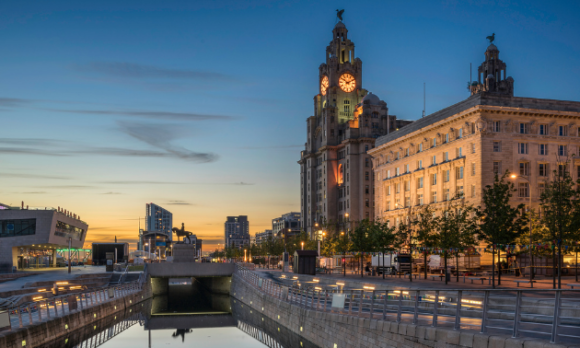