Skills are closely linked to people’s employment outcomes. So addressing inequality of opportunity in skills provision must be a key priority of any inclusive growth strategy.

Low-skilled people are more likely to live in cities generally, and northern cities in particular, but demographic data may reveal other factors at play too.

Two demographics that are often cited when talking about skills and employment are gender and ethnicity. These are important factors. Women are 15 per cent more likely to be low-skilled than men. 38 per cent of women in England and Wales are low-skilled, against 33 per cent of men. This does not come as a surprise as it is in line with other broader discussions about the gender pay gap.

In terms of ethnicity, there is an even bigger gap: people from white backgrounds are 27 per cent more likely to be low-skilled than people from ethnic minority backgrounds.

While these factors are important, there isn’t a particularly strong geographic pattern.

However age is a bigger demographic indicator of geographic skills inequality in particular. People aged 50-64 years old are almost twice as likely to be low-skilled than those aged 25-34. 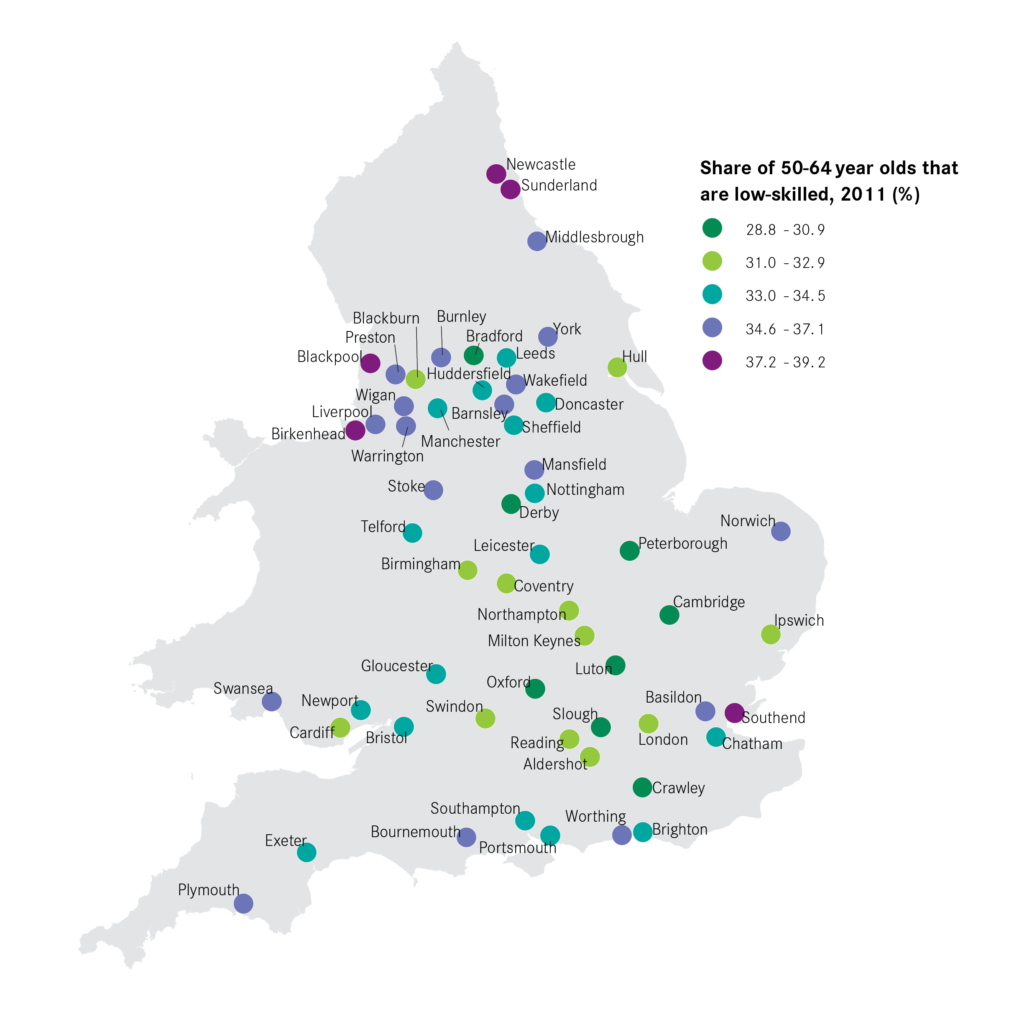 Younger generations are less likely to be low-skilled than older ones because of the many interventions that have been undertaken to improve educational outcomes in the last few decades. Despite some places performing better than others, overall educational achievements in schools have improved everywhere in the country since the 1990s and both national and local government should continue to work in this direction to ensure that younger generations get the skills they need to succeed in the labour market.

But the demographic data shows that the high proportion of low-skilled people living in northern cities results from large shares of older people with few qualifications. This means that not only must policy look to improve the quality and take-up of adult education generally, but it should also tailor interventions for older people in particular, for example by identifying what kind of provision works best for them. This would help improve the chances of these people benefiting from economic growth in their local areas.