In the latest Spending Review, the Government announced £6.9 billion over five years to deliver London-style public transport integrated systems; the Greater Manchester Combined Authority announced last March that the city region will franchise its buses. Other combined authorities are expected follow. These policies are welcome as they mostly target the cities that need infrastructure improvement.

Public transport reforms implemented in Portugal in 2019 show that good policies can increase public transport usage, especially in bigger cities such as Lisbon. Can British city regions replicate this through bus franchising and further transport investments? Yes, but only if they make efforts to densify their cities and start charging private drivers.

Portuguese public transport reforms have had different effects across the country

In April 2019, the Portuguese Government – led by a former Mayor of Lisbon – implemented big changes to how national public transport operates. The changes integrated all existing transport modes and operators into a single pass – similar to Oyster – and introduced a lower monthly price cap. Currently, subsided fares are mostly financed by the central government but local governments have been gradually increasing their financial contribution from 2.5 per cent in 2019 to 20 per cent in 2021.

Despite being a nationally-implemented policy, it had different effects across the country. In the year the policy was implemented car purchases in Lisbon and the other regions diverged: in Lisbon purchases fell by 22 per cent but elsewhere they rose by 6 per cent (see Figure 1).

Figure 1: Not all areas in Portugal benefitted from the same policy

These patterns are likely to have been driven by the differing nature of the built environment. People outside city regions are less likely to live within walking-distance of public transport networks because demand for public transport is not typically high enough in low density areas. Even if cheaper and integrated fares increased non-urban public transport usage, most people would still need to drive to their closest train station or bus stop.

As Figure 1 suggests, Lisbon – a metro area with 2.8 million residents – was the city that benefited the most from cheaper and integrated fares. Pre-pandemic data shows that there was a substantial uptake in public transport. Simultaneously, there are some encouraging signs relative to road congestion.

Figure 2 shows that, between March 2019 and February 2020, the number of drivers on Lisbon’s busiest route into the centre fell by 1.7 per cent and train journeys – mostly trips between suburbs and the city centre – increased by 25.7 per cent. Meanwhile, light rail ridership, mostly done within the city centre, did not see major changes from the previous trend.

Figure 2: Some households decided to switch from car to trains in the Lisbon metro area 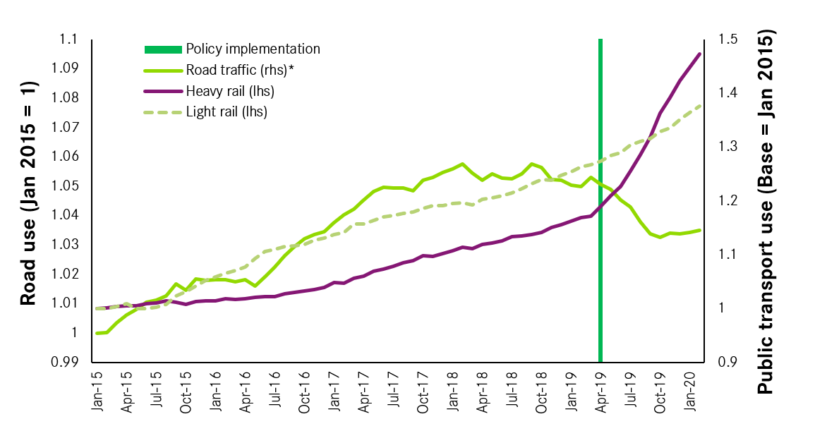 Source: Statistics Portugal (2021). Data presented at 12-months rolling average due to seasonality; * Average daily traffic from the most used road connection to Lisbon (25th of April Bridge) with available data. Traffic at approximately 135,000 cars per day in February 2020.

Greater Manchester has been at the forefront of pushing for London-style powers over transport. It is currently in the process of franchising buses – something much welcomed by Centre for Cities;  and Greater Manchester’s Mayor has asked for the same transport powers as London.

He is right to ask for these, but to maximise the benefits they can bring, they need to be matched with decisions over where new homes are built. Despite having similar sized populations, Greater Manchester and Lisbon’s metro area have very different densities: Greater Manchester, like most British urban areas, is dominated by low-rise, terraced and semi-detached housing, even in areas close to bus routes, metro and train lines. Conversely, Lisbon’s denser urban composition, with more midrise apartments, enables households to live close to public transport stations (see Figure 3). According to the 2018 data, around 63 per cent of Greater Manchester’s population lived in low-density areas (below 5,000 residents per square km), while these areas accounted for less than 40 per cent of Lisbon’s population. These differences are common between British and most of their Western European peers. 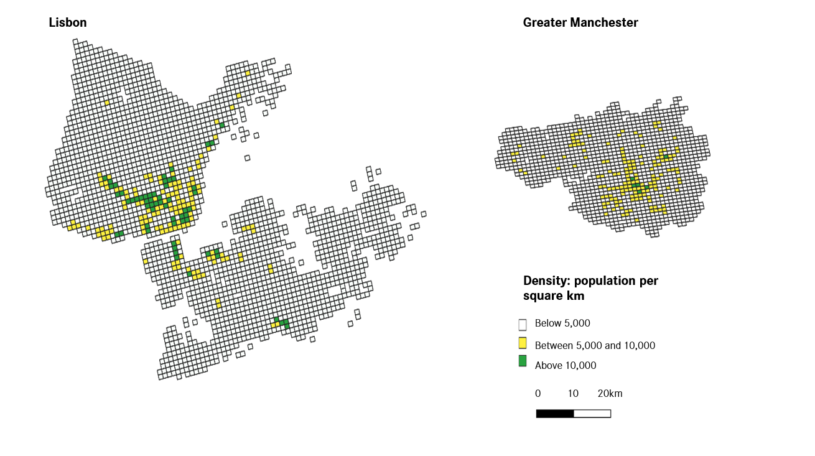 Bus franchising and cheaper fares are unlikely to significantly reduce car trips in low density suburbs because, despite the changes, they will still be poorly served by public transport. This means that alongside improvements to transport, there should be a push in Greater Manchester and other large cities to increase the number of people who live close to stops on the existing network. To do this local authorities should use their powers to implement Local Development Orders to plan for mid-rise housing near existing and new public transport stops. This should be backed up with a reform to the national planning policy, which the Government is currently redrafting.

The more expensive the drive, the more attractive public transport is

Lisbon also has a set of policies that aims to disincentivise private vehicle use, which implicitly makes public transport more competitive. There are car parking levies and a hybrid pricing system on most roads into the city centre. Revenue from parking levies is channelled to active travel initiatives, such as a public bicycle hire scheme.

While more investment for transport is a vote winner, it should be done alongside taking tough political decisions locally. The Government’s recent allocation of money for transport infrastructure to large cities is much welcome. This should be followed with further awards in the future, but should come with commitments from local government to build more homes and introduce revenue raising schemes such as congestion charging to make the most of further investment.

Poor access to public transport effectively shrinks the size of our biggest cities. But trams and tubes alone won’t solve the problem

Devolution Levelling up Productivity
What can German reunification teach the UK about levelling up? 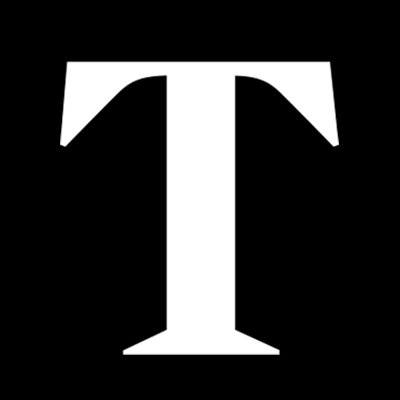 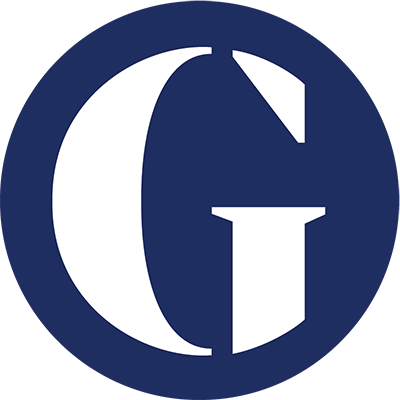 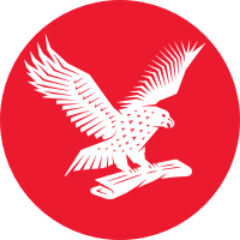 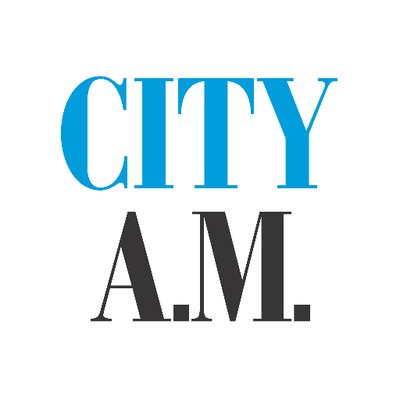 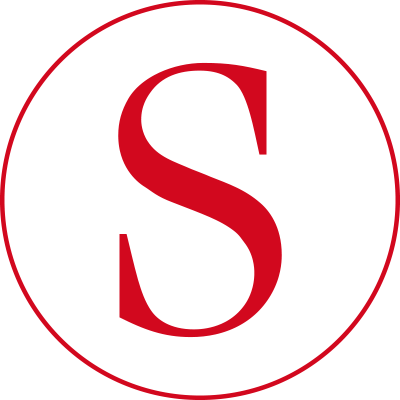 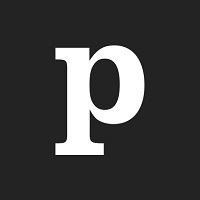 Access to workers, and the skills of those workers, are two big differences between large cities in the UK, France and Germany.