Last week, Centre for Cities and Arup launched the results of the inaugural UK City Leaders Survey. Developed for the first time this year, the survey demonstrates the needs and priorities of the elected leaders of the UK’s largest urban areas.

So what did we learn from the results?

The survey provides a wealth of information about the respondents’ ambitions and frustrations. Over the next few weeks, we are going to take a look at some of the themes that emerged, starting with housing.

Unprompted, housing emerged as a clear policy priority. Issues to do with housing or the built environment made up nearly a third of individual answers when leaders were asked to give a response to what priorities they are currently most focused on.

When delving beneath the national level, it is clear that the housing market faces very different challenges across the country, with shortages much more severe in some cities than in others.

However, city leaders understand that the solution to housing shortages is building more homes. 95 per cent of city leaders identify insufficient supply as the key housing issue in their area. 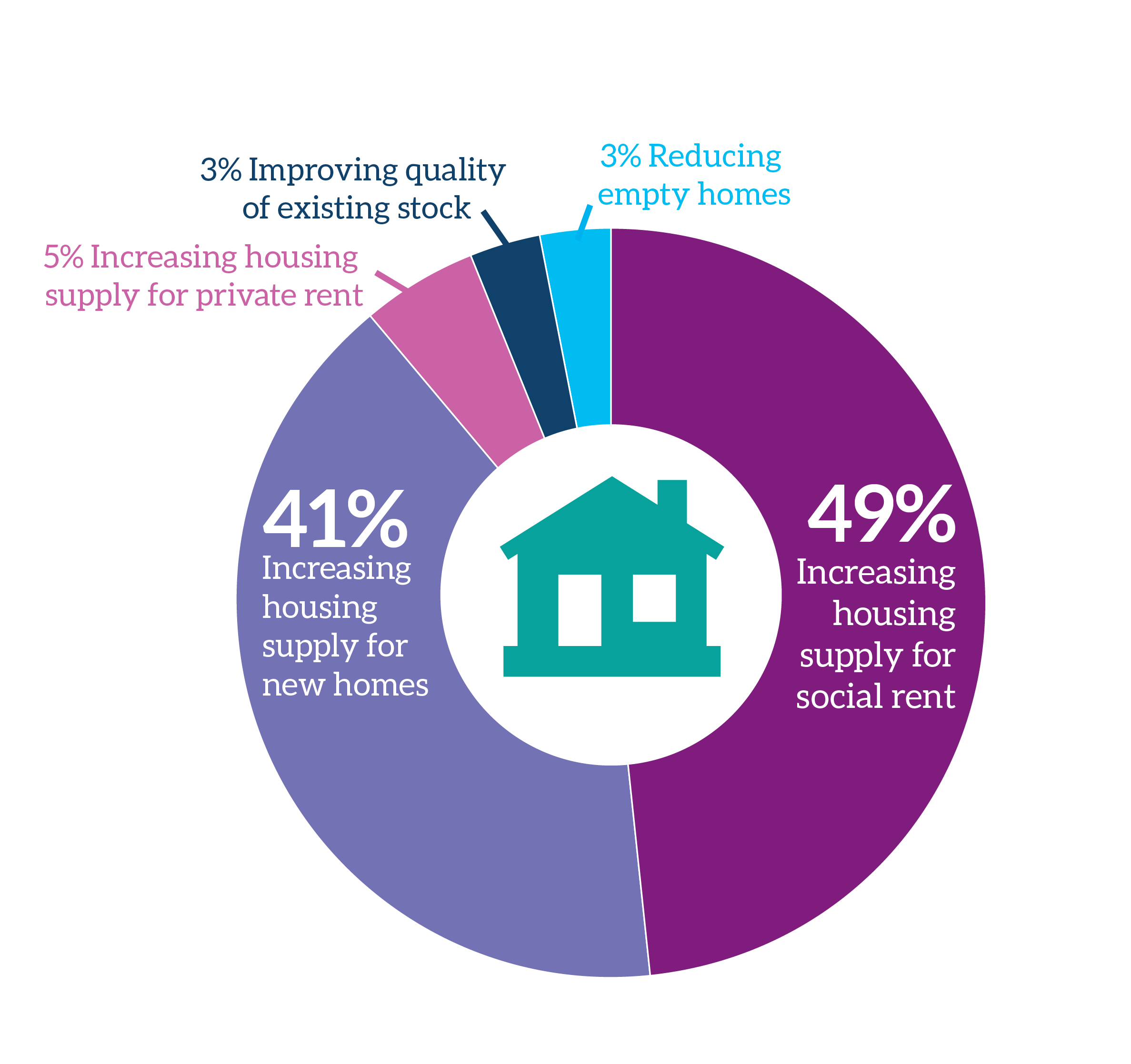 Leaders responding to the survey are split though on whether to increase housing supply for social rent, with nearly half (49 per cent) choosing this as their top priority in relation to housing in the next five years, or increasing housing supply for new homes (which 41 per cent of leaders marked as their top housing priority).

The emphasis on housing for social rent suggests that leaders care about who the recipients of housing are. When asked about their priorities relating to inclusive growth, 27 per cent of leaders identified housing affordability as a central issue. This suggests that city leaders see housing as a distributional issue and that their belief in the price adjusting potential of increasing supply is limited. This wish to manage the negative effects of prosperous cities, such as high house-prices, does not, however, have to come at the expense of an aggregate increase of housing supply.

The question of whether to build more housing for the private market or more social housing appears to be a political one concerning redistribution and local government funding and finance. Those city leaders advocating for more social rented homes are mostly Labour while those emphasizing supply of new homes more broadly are typically Conservative.

In terms of the housing shortage in cities though, a new home is a new home. Whether it is socially rented or made available on the private market makes little difference to how urban economies work.

But addressing housing shortages and stabilizing cities’ housing costs can only be solved by building more homes, rather than by focusing on the tenure of houses that are built. Allowing the market to build lots of homes will usually be better for a city’s housing costs than only building a very small number of council houses.

Unfortunately, even though city leaders talk about increasing supply, they don’t always walk the walk. New data from the ONS shows that while some expensive cities, like Cambridge, are building lots more houses in response to demand, others like Oxford and Brighton are struggling to supply more homes.

The need for more housing, as expressed in the 2018 Leaders’ Survey, reflects a growing trend among many UK city economies facing a growing demand for new homes and homes for social rent. City leaders in cities with housing constraints have identified the supply of housing to be the solution – it is now time for them to start building.