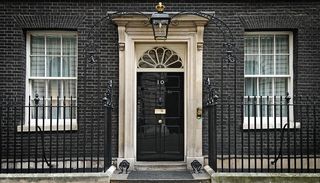 Urban policy is back again. This is the message I took from the seminar on cities I attended at  No 10 Downing Street this week, with about 40 of the great and the good from the cities world.

The event itself was fascinating, especially for a cities geek like me. It brought together experts inarchitecture, design, technology and city leaders to talk about how cities might change in the future.

But what was really striking was not only that the seminar was organised in the first place, and seen as a priority by Cities Minister Greg Clark and Rohan Silva (No 10 adviser). It was also the presence of both the Prime Minister and the Deputy Prime Minister to talk about how important cities are to the economy.

Both the PM and the DPM talked about the importance of rebalancing the UK economy, benefiting from London but doing more to make the most of English cities outside London. They talked about the role that successful cities play as engines of growth, innovation and cultural enrichment. And they mentioned the opportunities that cities create for the UK economy, not just domestically but in relation to exports.

Arguably urban policy never entirely went away. But it’s very encouraging to hear such strong messages from the top of Government. The Centre has always called for recognition of the importance of cities to economic growth, and it’s great to hear that the Coalition is committed to giving cities greater autonomy to respond to local economic circumstances. When I talk to cities, too, there’s a sense that greater devolution might happen this time because of the focus on specifics such as City Deals.

But we have been here before and, for the Government, the challenge will be to ensure that this drive towards devolution continues during a very difficult year for the UK economy, when pressure on Ministers to take charge will be immense. Getting initiatives like City Deals right will be critical to demonstrating to sceptics that cities are ready to take on some of the responsibilities and risks that go with taking greater charge of their economic destinies. And that means cities need to rise to the challenge too; if they don’t prove this works, it will be hard to gain greater freedom in the future.