Following on from my previous blog, which looked at the levels and patterns of taxes raised in combined authorities over the past decade, this blog digs a little deeper to look at what has happened at local authority level within three combined authorities that are set to receive new powers through their Devolution Deals: Greater Manchester, West Yorkshire and the North East. 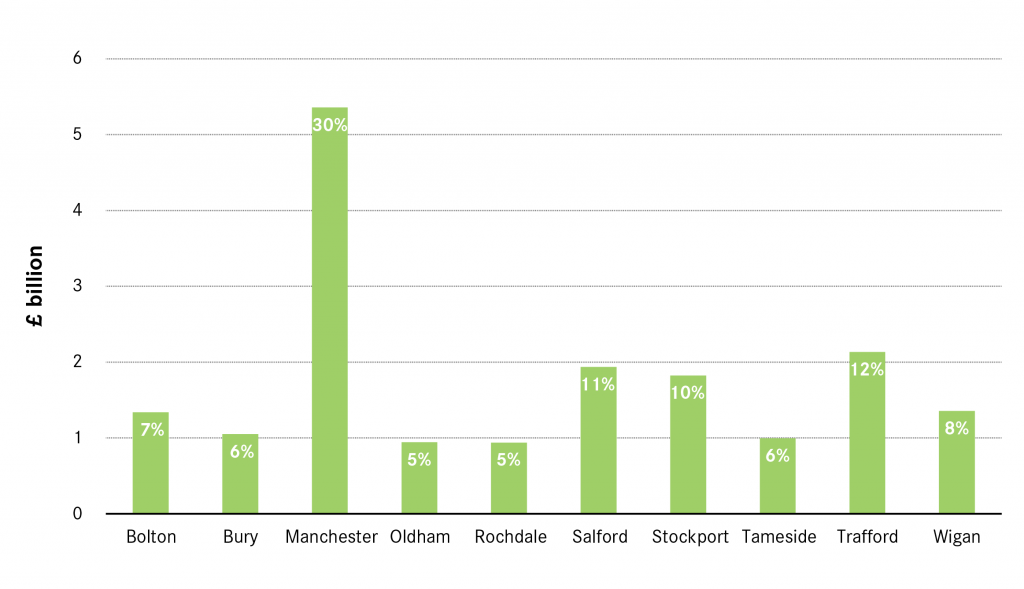 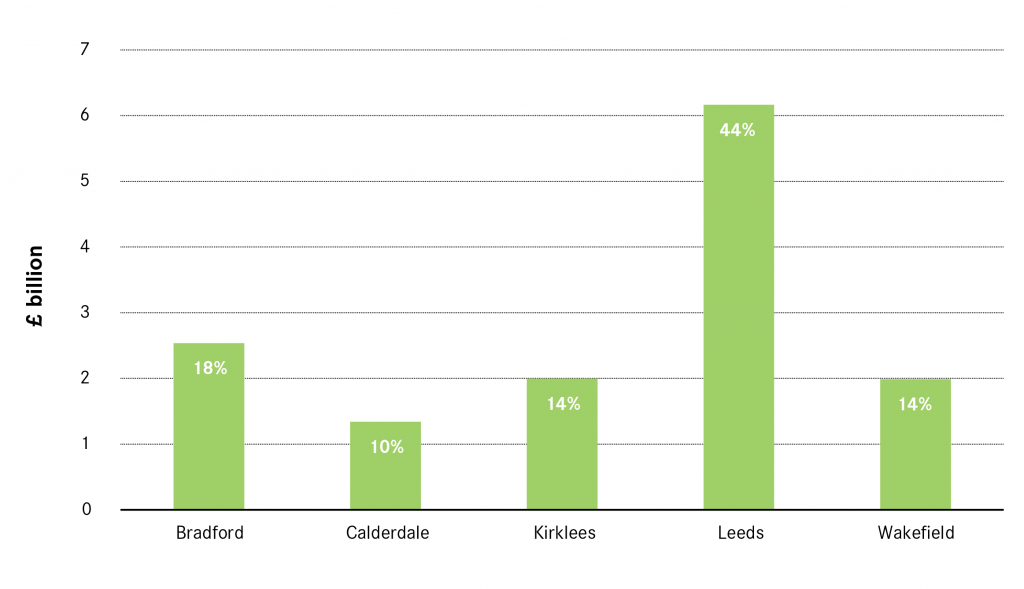 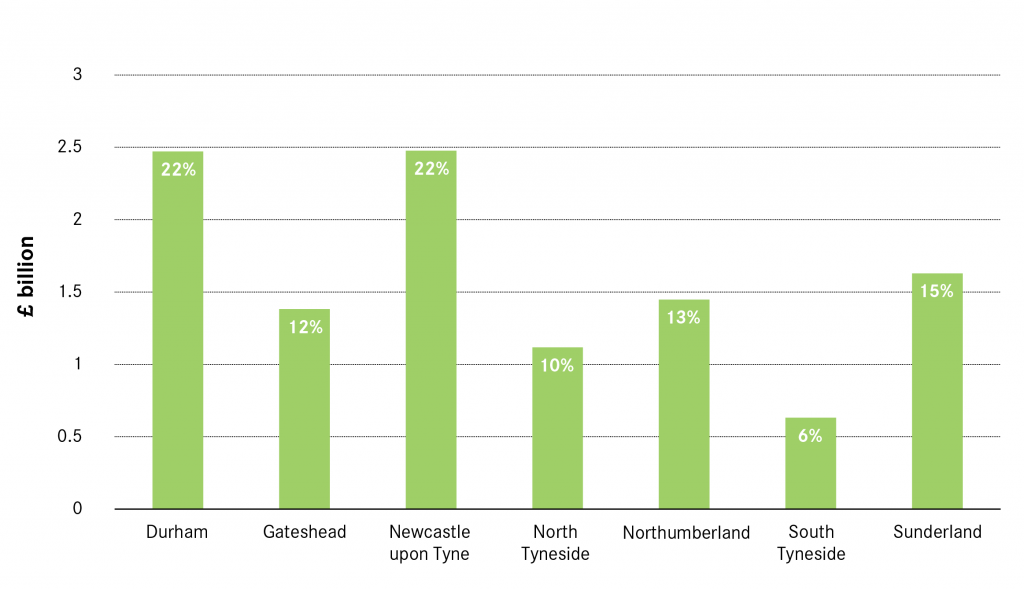 The importance of the urban core has grown over the decade in Greater Manchester but less so the North East and West Yorkshire.

In Greater Manchester, the relative share of revenues generated in Manchester local authority has grown over the decade – from generating 27 to 30 per cent of all taxes. Interestingly in the North East and West Yorkshire, the relative contribution of different authorities has not changed as much over time. In the North East, Newcastle and Durham local authorities generating just over a fifth of the total economy taxes generated in the combined authority area both ten years ago and today. In West Yorkshire, Leeds generated 43 per cent of all economy taxes in 2004/05 and generated 44 per cent today.

Part of the explanation about the change in relative levels of taxes generated in the different combined authorities lies in the performance of the local authority tax base in cash terms. In Greater Manchester, Manchester local authority, alongside Salford and Bury, was one of only three to generate more economy taxes today than a decade ago. Both the positive performance of Manchester (and Salford and Bury) and the relative decline of others help explain the more prominent role of Manchester in GM’s tax base.

Tax raised in Greater Manchester over the last decade 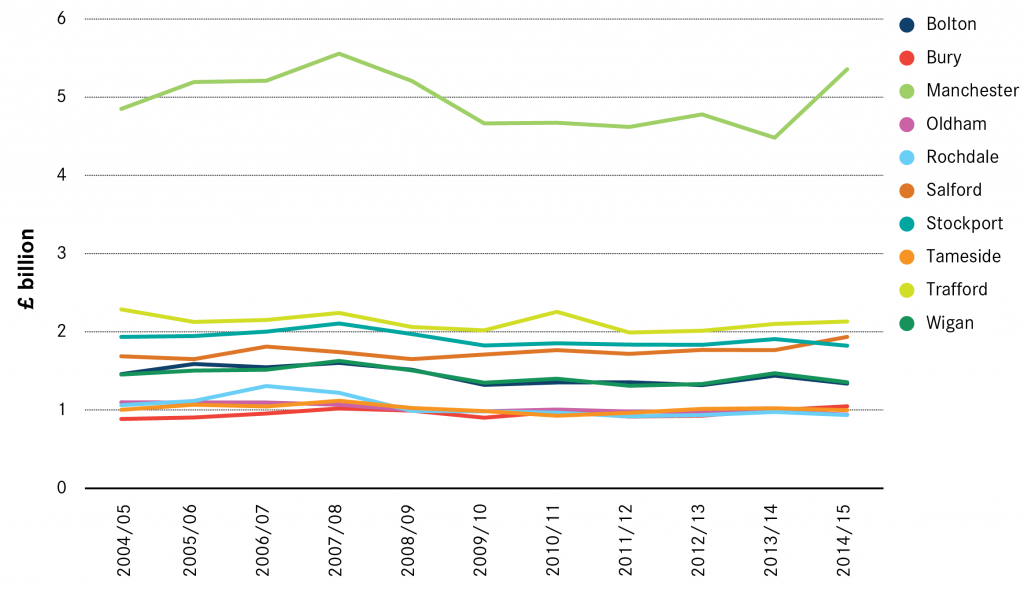 Tax raised in West Yorkshire over the last decade 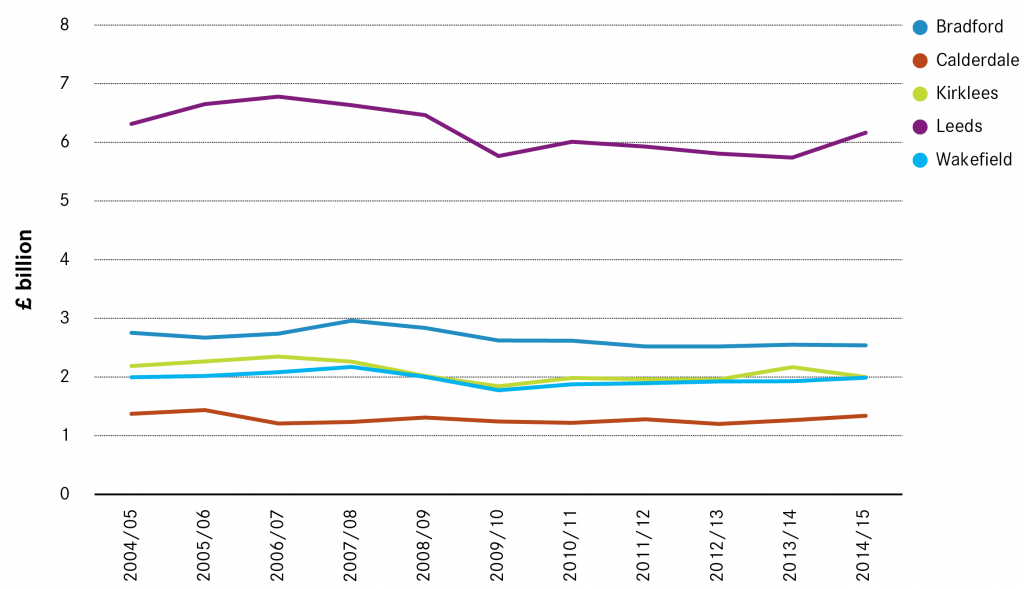 Tax raised in the North East over the last decade 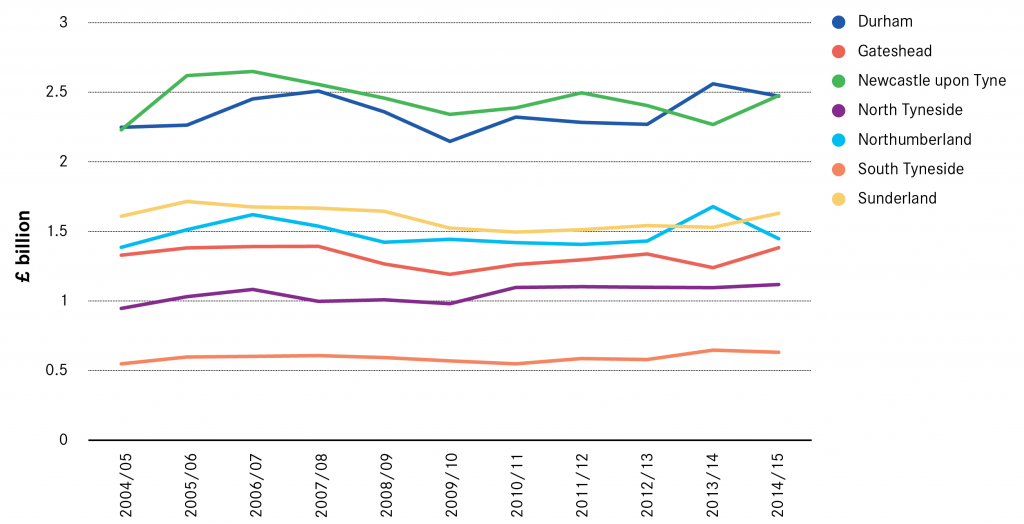 The data shows the increasing attractiveness of central urban areas for people to work, and spend their wages in shops and bars nearby (all which generated tax receipts in the form of income tax, NICs and VAT). But while a high number of tax generating jobs, businesses and shops are located within one or two urban centres, we know that people who work and spend their money there live and consume public services more widely in the city region. These linkages are the fundamental rationale for delivering policy such as transport and housing at combined authority level. They should also inform any proposals for further fiscal devolution – such as arrangements to pool and manage tax revenues across multiple authorities in a combined authority.