You may not notice it unless you or your offspring are university-bound, but this time of year brings with it a vast movement of people around the country as the university term begins. More specifically, it triggers an exodus of young people from the UK’s towns and countryside, as they flock to fill university campuses, most of which are based in cities.

Our cities rob the rest of the country of their bright young things.

In 2014/15 420,000 more university students moved to cities compared to the number going in the opposite direction. And this in part helps to explain why the average age of cities is four years younger than the rest of the UK.

But perhaps somewhat surprisingly, cities only see a net inflow of people in the 18-21 age group, and among 25 and 26-year-olds.  As the chart below from our new report Talk of the Town highlights, in every other age group, cities in England and Wales lost people to towns and rural areas between 2009 and 2017. In fact, over this period over half a million more people turned their back on cities than were lured by the bright lights of urban life – with the biggest contributor to this urban exodus being the 31-45 age group. 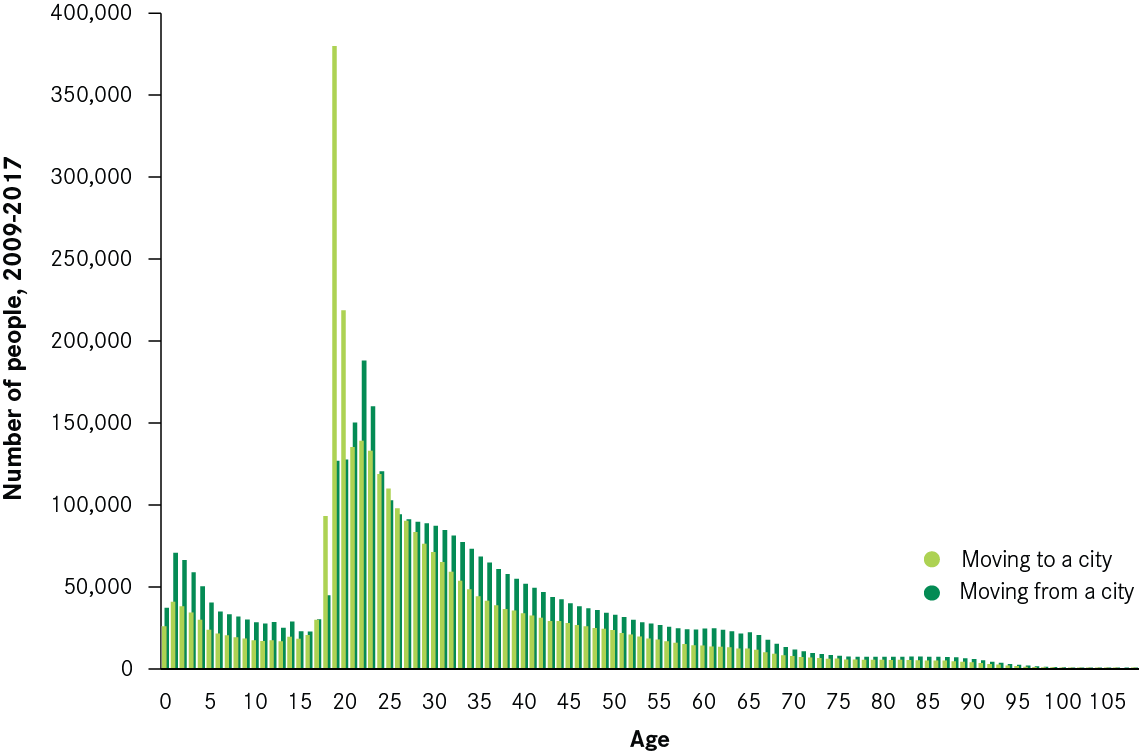 And of these people who leave cities, a large proportion of them hold a degree.

Data from the Census reveals that in 2011, 40 per cent of people aged over 16 who moved out of cities had a degree.

This varies with age. Cities saw a net inflow of degree holders aged 22 to 30. But this trend was reversed for older age groups, with 31-to-45-year-olds, in particular, moving out of cities.

Figure 2: Migration of degree holders to and from cities, 2011 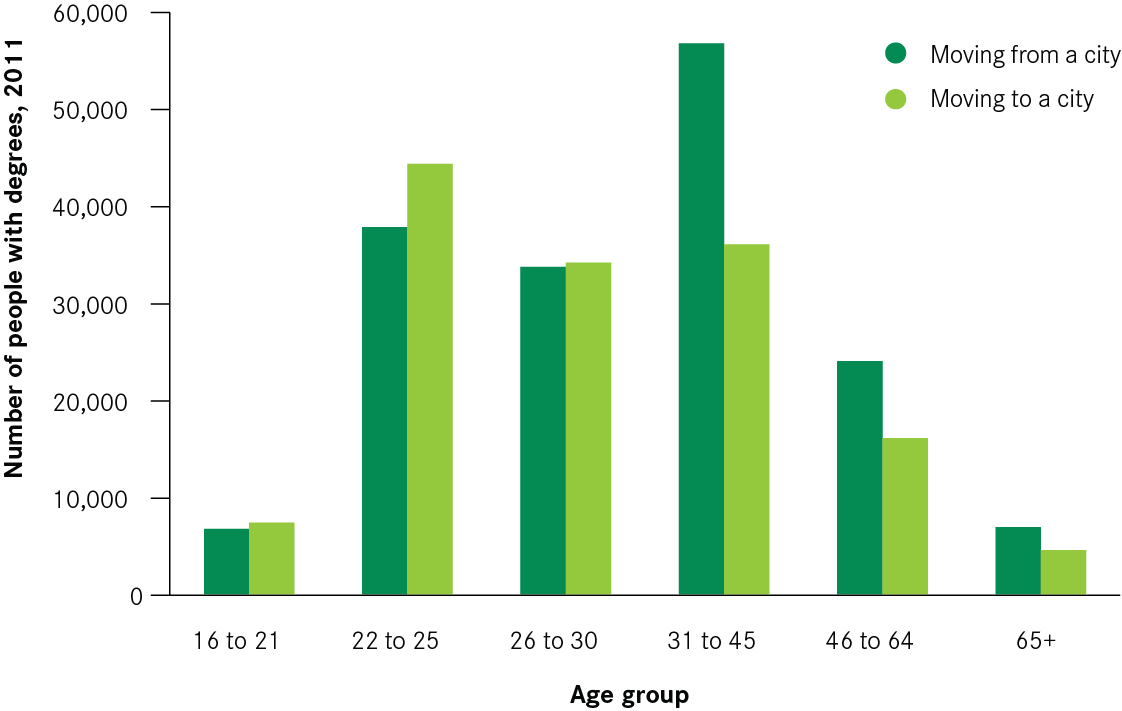 Source: Census 2011. Data is for England and Wales only

People’s decisions to move in or out of cities are influenced by their changing need for amenities as they get older.

Previous research by Centre for Cities has shown that the main drivers bringing young people into cities (and city centres in particular) are access to jobs, transport and amenities such as restaurants and shops. These benefits are traded off against disadvantages such as smaller living space, higher levels of pollution and more limited access to green space.

But as people get older, the availability of amenities such as schools and green space becomes more important, and so a suburban or non-urban location begins to appeal more.

So yes, towns and rural areas lose young adults to cities as they head off to university. But they also see an inflow of higher-qualified people back into their areas, as those people’s lifestyles and needs change with age. The older average age of non-urban areas isn’t just driven by a loss of young people to cities – it’s also the inflow of older degree holders from cities too.

Read more in Talk of the Town

Go to the report