Last week the Government announced a package of £15bn to support households with increasing energy costs. Among other measures, it includes a £650 payment for households on benefits and a £300 payment to support pensioners. Which cities and large towns are more likely to receive these payments and how exposed are they to future energy price increases?

Within cities, households in the North and Midlands are more likely to receive additional payments

The cities that will benefit the most are typically located in the North, Midlands and Wales. Figure 1 shows that more than half of Blackpool’s population above 16 years old either receive benefits or state pensions – the highest share across the 62 cities and large towns analysed. It is followed by other northern cities such as Hull, Burnley, and Middlesbrough. Comparatively prosperous cities like Edinburgh, Cambridge, and York sit on the opposite side of the spectrum with less than one third of its 16+ population receiving benefits or a state pension.

Figure 1: Within urban Britain, residents of cities and large towns in the North and Midlands are likely to benefit from the cost of living support package

According to Centre for Cities estimates, the package will mean residents in Britain’s 62 largest towns and cities will receive around £8.5 billion in support. In absolute terms, London will receive the largest amount at £2.3bn. In the places where the highest share of households will be supported, Blackpool will get an estimated £60 million, Hull £74.5 million, and Burnley £44 million.

The cities and large towns that have the largest shares of households receiving additional support also tend to be the ones that have the highest demand for energy. This means that while the current package of support will no doubt come as a relief, they are also most exposed to future increases in prices.

As illustrated in Figure 2, these cities typically have less energy efficient houses than southern cities and are more reliant on driving. For example, Burnley – which has one of the high proportions of residents receiving benefits or pensions (Figure 1) – has the third most inefficient housing stock of any city or large town, with 82 per cent of its houses below the energy performance certificate rating of C. In addition, 71 per cent of its residents use a car to commute, the 13th highest of any city or large town. Meanwhile Cambridge is at the opposite end of the spectrum.

Figure 2: Cities in the North and Midlands are more likely to commute by car and have a less efficient housing stock

Share of residents over 16 claiming benefits or a state pension, energy efficiency of houses and propensity to commute by car 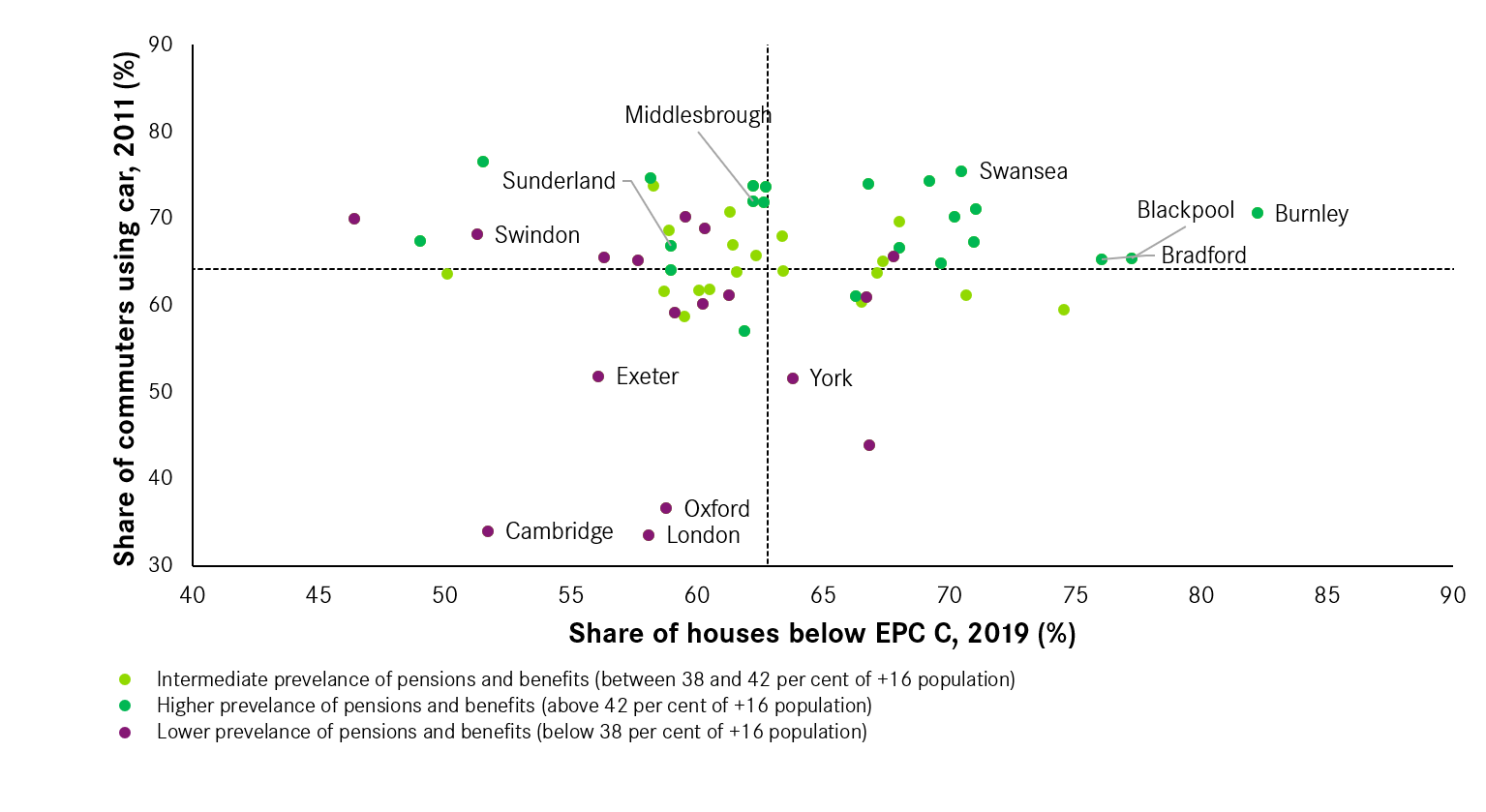 The lower energy efficiency of houses in Burnley is not likely to bite during the summer but the further increases in gas and electricity prices heading into winter, combined with their lower incomes, mean that come October it will be the residents in Burnley who will most likely be in further need of further Government support.

Which cities and large towns will be hardest hit by the living standards crisis? 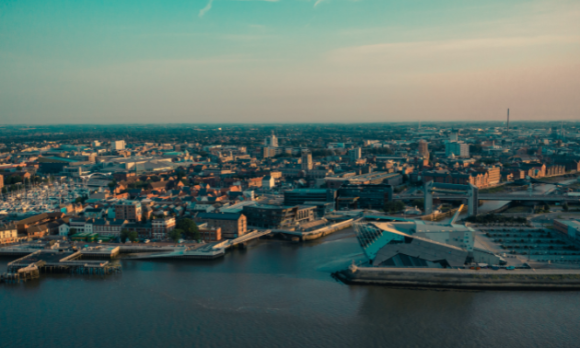