Covid-19 has scuppered everyone’s holiday plans, be it a trip to Blackpool or Barbados. In April, VisitBritain estimated that Covid-19 would generate 22 million fewer visitors to the UK, which would cost £15bn to the tourism industry this year.

The British tourism industry has ramped up its campaign in recent weeks to have lockdown restrictions lifted to give the embattled sector some relief, and it now looks like domestic tourism could make a comeback. So, which British cities would stand to benefit the most from the lifting of these restrictions?

The Great Britain Tourism Survey collects data on domestic tourism – both leisure travellers and business tourism. As an important caveat before we begin, international visitors account for approximately 30 percent of tourists and are not recorded in this data.

In absolute terms, London of course dominates the UK tourism sector, receiving more than three times as many visits compared to its closest rival Manchester. But when looking at the number of tourism trips per 10,000 population, the picture is slightly different (see Figure 1). York, Blackpool, Edinburgh, Oxford and Cambridge pull the largest number of visitors, while Burnley, Stoke and Wigan get the smallest number of visitors per head.

Overall, tourism is a marginal industry for the vast majority of places: the top 15 most-visited cities in Britain receive more tourists per head than all other cities combined. 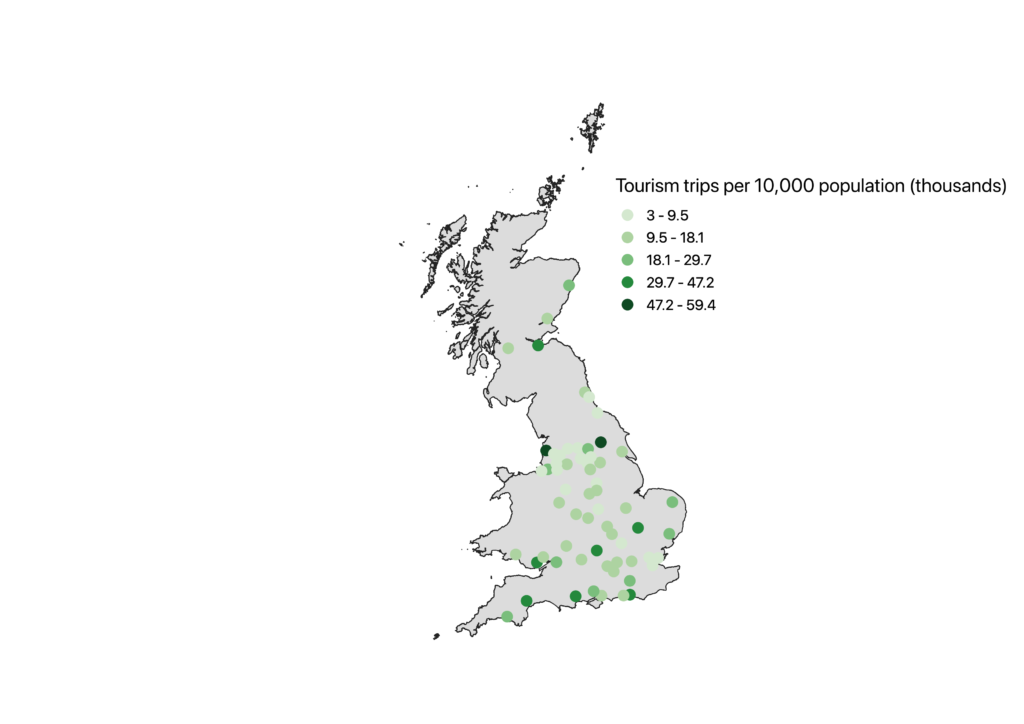 Of these places, some are dependent on leisure, some on business, as shown by the variation in the purpose of visits across the 15 cities which receive the most tourists per head (Figure 2). Cities such as Aberdeen, Southampton and Crawley have the highest shares of business visitors. Cities with a high share of leisure visitors include Blackpool, Bournemouth and York. 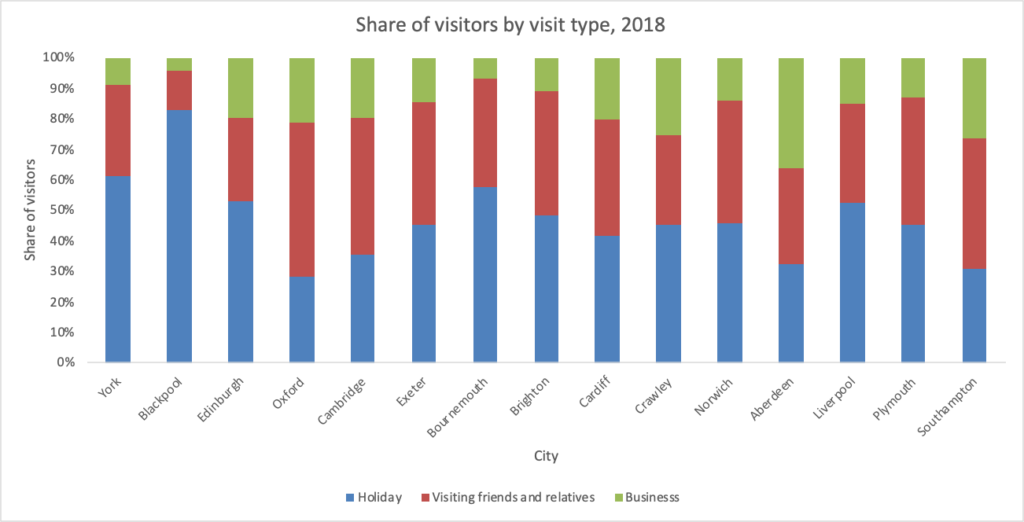 Provided that people’s behaviours follow a national lifting of restrictions, these cities most reliable on leisure tourism should benefit the most, as holiday tourism is likely to come back before business trips.

This is good news for cities like Blackpool, which has been hit quite hard by the economic downturn in the wake of the lockdown. In addition, Britain’s most famous seaside resort is much more dependent on domestic tourism – while larger cities such as London, Manchester, Birmingham or Glasgow that are more reliant on overseas tourism might not recover their previous levels of tourist attractiveness due to restrictions at the border. Given that UK nationals are also less likely to go abroad, it will be interesting to see whether British seaside towns attract more people this year.

For places more reliant on business trips, like Aberdeen, Oxford and Southampton, tourism may take longer to come back, and in the short-term their local economies are more at risk from suffering a loss in revenue normally triggered by high-spend business tourism. Additionally, the rise of homeworking and video conferencing during the pandemic casts doubt upon the future viability of this business model. 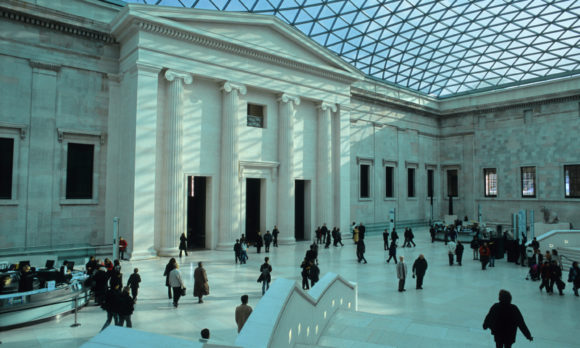 There are no easy solutions, but while some cities may see tourism return rapidly and others won’t, the challenge will be to balance short term and longer-term objectives. While attracting visitors will be a welcomed opportunity for some of the places that are currently struggling, in the long run, attracting workers and businesses is key to local economic success. It is better to focus on making your city a good place to live and work, rather than solely a good place to visit. This was true before Covid-19 hit and is perhaps even truer now.

Why swapping seagulls for culture vultures won’t save seaside towns 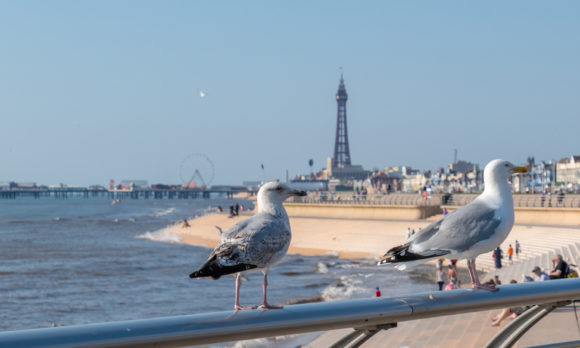