Another data nugget from the Census which was released last week reveals patterns of residence by tenure. With much talk on needing to boost the construction sector and a renewed focus on housing, our analysis clearly shows that tenure patterns have a spatial element to them. 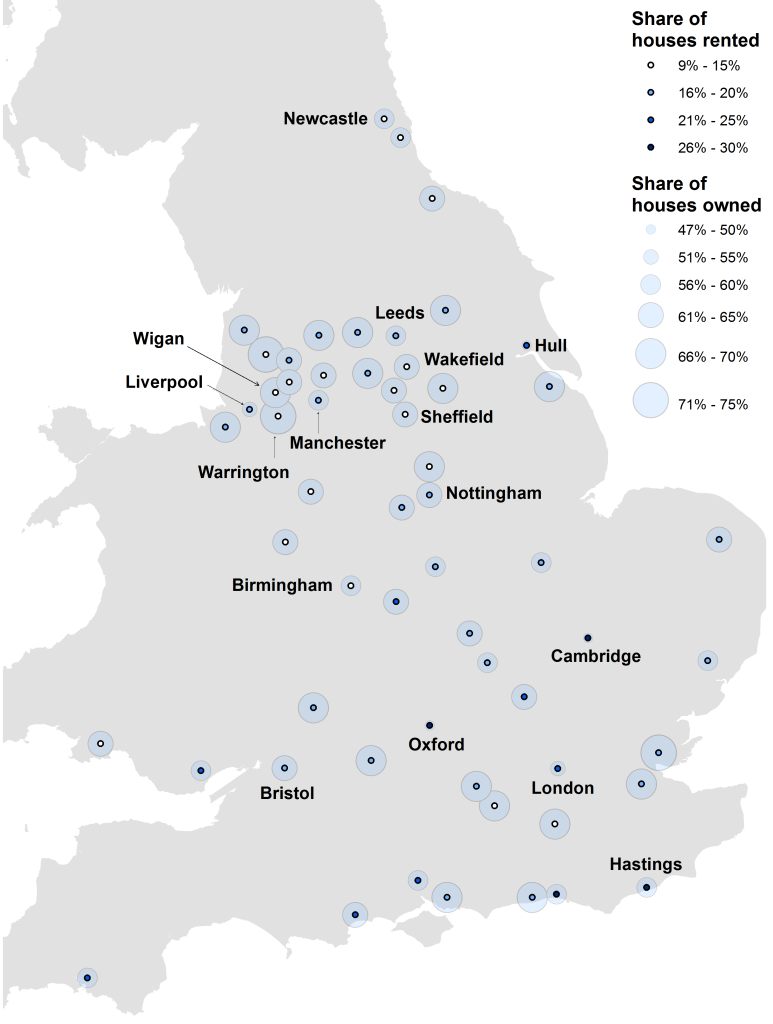 Clearly, the factors influencing the housing tenure patterns in different cities are varied. For example, cities with high levels of deprivation where individuals and households have limited access to decent jobs and income are likely to have higher shares of social housing.

In other cities high house prices mean people can’t afford to buy and have to rent. Whilst in other cities with high levels of renting this will be down the size of the student population.

Regardless, one thing is for sure – different cities need to identify and respond to their different issues.