While Brexit has been the headache of the past three years, education and skills is a long standing issue several governments have tried to get their heads around. The UK is the only OECD country where young people do not have stronger basic skills than people approaching retirement, and the country is set to slip to the bottom of OECD tables for numeracy and literacy among adults by 2030. In the long-term, it is tackling these challenges, rather than getting the right Brexit deal, that will determine the success of the UK in the international arena.

So what are three things the new Secretary of State for Education needs to know when it comes to education and skills provision in cities and other areas? And what can he do about them?

1. Demand for skills is changing rapidly, and employers’ needs 10 years ago were very different from today

The labour market is in continuous evolution and it looks very different from 10 years ago. Our research shows that since 2006, demand for interpersonal skills, such as persuasion, service orientation and social perceptiveness grew by 52 per cent, and demand for analytical skills, such as critical thinking, problem solving and negotiation grew by 18 per cent. In contrast, physical, manual skills saw a 40 per cent decline in demand.

Endowing young people and the current workforce with these interpersonal and analytical skills most in demand is more important than ever. Yet, there is a lack of common language around these skills, which are often referred to in a variety of ways – ‘soft’ skills, ‘employability’ skills, and ‘character’, just to name a few – resulting in confusion and misunderstanding around such vital parts of the education system.

Getting education providers and businesses together to establish a common framework for these skills would be invaluable for the new Secretary of State. Understanding which skills employers value, and how to best embed them in each educational stage would not only ensure they are given the importance they deserve, but would also help identify good practice and learning opportunities.

Can cities outsmart the robots? 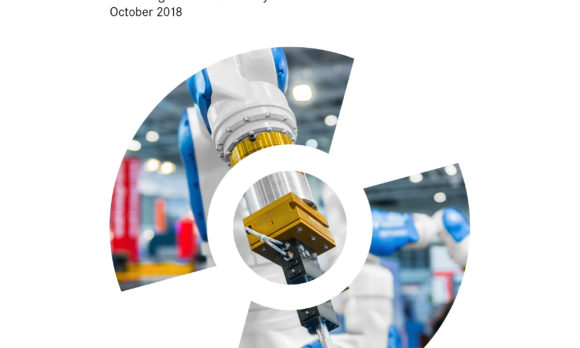 2. One in five jobs is at high risk of disappearing by 2030, but the risk is even higher in some parts of the country

Demand for jobs is also changing rapidly. We estimated that one in five jobs in Great Britain is very likely to disappear by 2030. However, the risk is not evenly spread across the country (see figure 1): in Mansfield, Sunderland and Wakefield almost 30 per cent of all existing jobs are at high-risk, while in Cambridge, Reading and Oxford less than 15 per cent of jobs are vulnerable.

Given that two-thirds of the 2030 workforce have already left compulsory education, supporting people to get the jobs of the future will require a strong emphasis on adult education and skills. As such, it is welcome to see Boris Johnson highlight the important role Further Education (FE) and apprenticeships can play in this space.

However, while reversing cuts to FE is a vital first step, it is also crucial to develop a better understanding of what works in this space. In recent years, the Government has funded a number of initiatives to develop expertise around what works in the early years and school education. A similar effort is much needed in adult education to address the big challenges the world 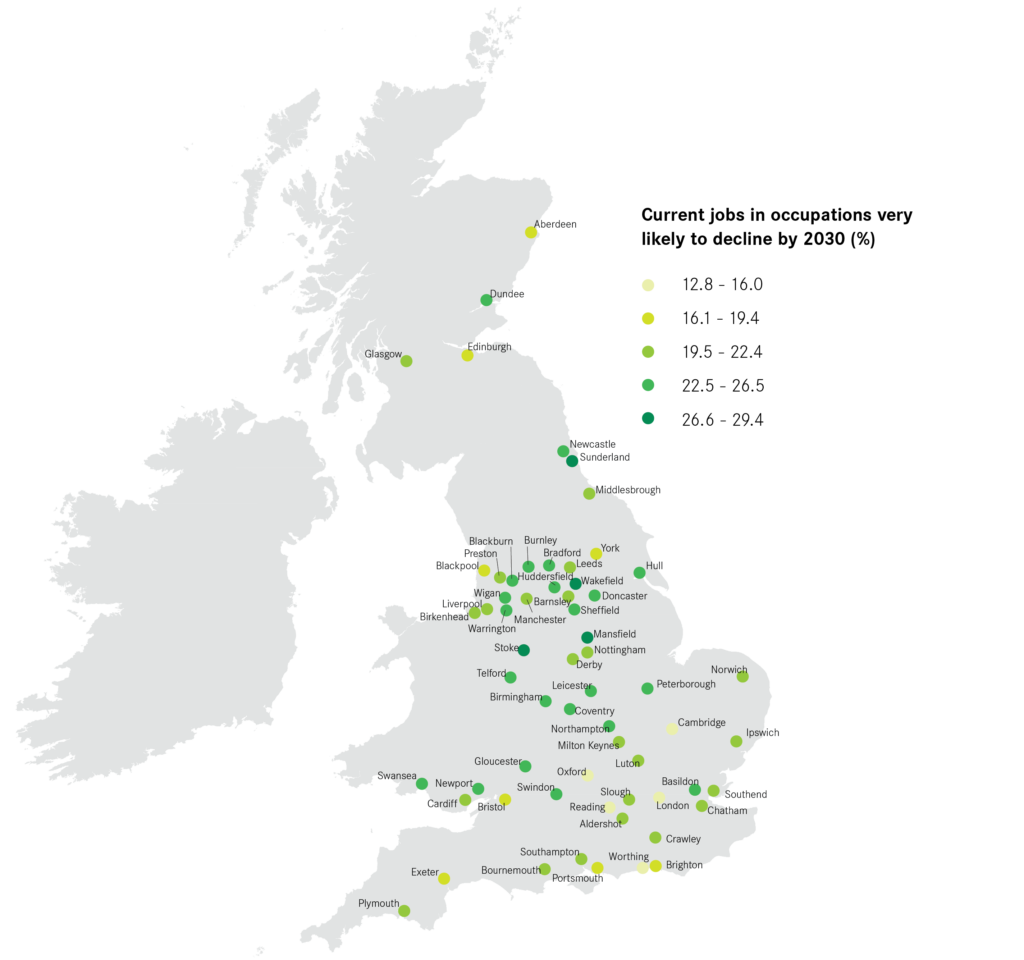 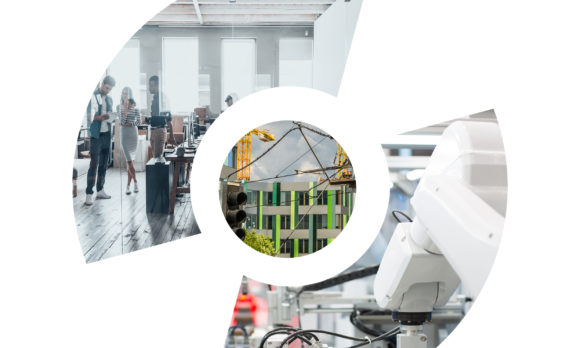 3. People with few or no qualifications are not evenly distributed across the country, but concentrate in weaker economies

Skills are a key determinant of people’s and places’ economic success. Yet, in the UK over four million individuals in between 16 and 64 years old – approximately one in five – have few or no qualifications at all. And in some places, the share of people with few or no qualifications is even higher. In Mansfield, Bradford and Basildon, for example, almost one in three adults is low-skilled.

Unfortunately, the places with the highest share of low-qualified individuals are also those most vulnerable to automation, meaning they are trapped in a low-skilled equilibrium. Low-skilled people attract low-skilled businesses with low-paying jobs. These jobs offer limited career progression opportunities, in turn providing little incentive for individuals to upskill and train, creating a vicious cycle.

A key step to break this downward spiral is to support individuals to take-up formal training and achieve qualifications at least equivalent to good GCSEs. Given this, efforts to improve further education provision should especially target this group of people to improve their chances of getting on in an ever changing world of work.  And this would do more for the sorts of a place than focusing on increasing take-up of university education, which is what politicians have tended to give greater attention to in recent years.

The success of a country lies in its human capital. In such uncertain times, equipping people with the skills they need to succeed in the labour market and respond to business demands is the only long-term strategy to ensure the UK will shine in the international stage after Brexit.