Centre for Cities recently published our recommendations to central government for a Devolution and Local Recovery White Paper that would level up local government to level up the economy. The aim of the report is to provide a practical process to overcome the structural barriers to local growth caused by both local government – its organisation leadership and boundaries – and those caused by central government – the lack of trust in and powers given to local authorities by Westminster.  These barriers have driven nearly fifty years’ of decline in the power of local government, at a time when regional disparities in productivity have widened.

It’s been great to see the engagement with the report. This blog will reflect on the three main varieties of response to the report:

1. Adjustments could be made to the map of proposed local government boundaries

There were a number of comments and suggested tweaks to the map in the report that set out Centre for Cities’ suggestion on how local government boundaries should change.

This is welcome. There is no one right answer and it will be impossible to draw boundaries that please everyone, but what is important is that any new boundaries meet the rules set out in the paper. These rules are there to ensure the whole point of the reform process is achieved: creating a local government that is empowered to level up the economy.

This of course opens up scope for rival plans, as has happened already in some places. This is where the Government will need to step in if no local agreement can be found within the timescale.

Figure 1: Centre for Cities’ proposed map for the future of local government in England 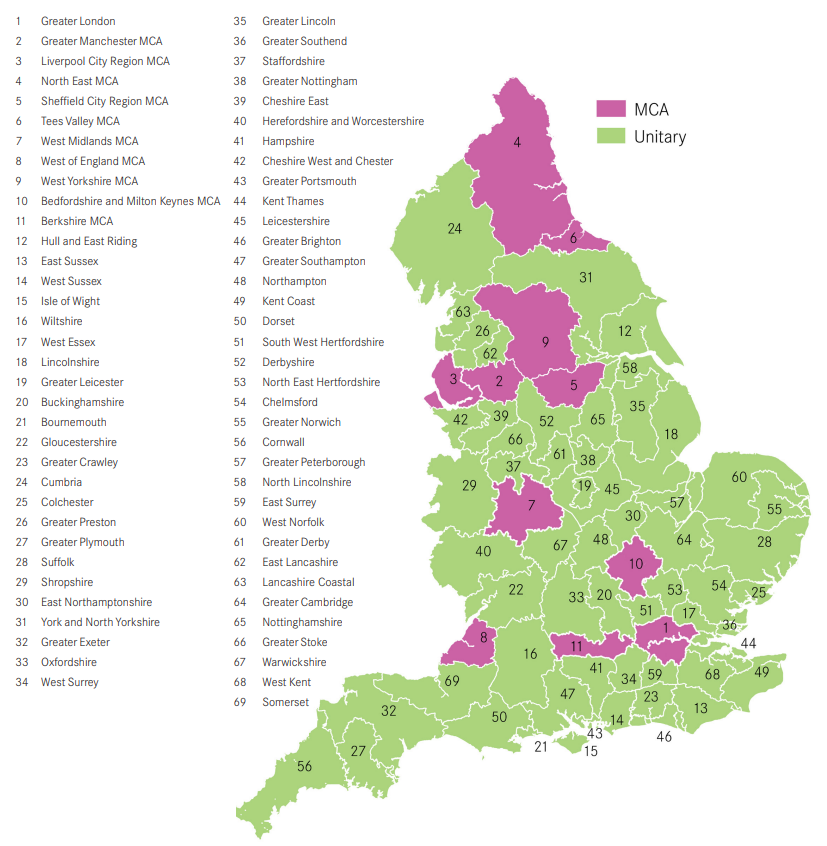 Devolving power down to the local level requires institutions that are large enough to use this power. The many forms of duplication of powers and resources in the system undermines the capacity of existing local government institutions – think of the areas that have multiple leaders, chief executives, economic development teams and planning departments to name but a few. And this lack of capacity no doubt fosters the long-held view in Whitehall of the ineffectiveness of existing local government and further spurs their reluctance to devolve more power.

3. The proposals will damage local democracy

The paper recommends that everywhere must have a directly-elected political leader accountable to voters. Some view this as reducing the ability of communities to make decisions about what happens in their area. Far from it.

Rather than damaging local democracy, it will enhance it because it will rebalance the disproportionate say that people living in just one or two key wards have over setting economic strategy for a whole city or county. It will also mean that council leaders – who are after all ward councillors – can think strategically about a whole city, town or county’s future, not just interests of their very small ward electorate.

Wards and districts are not representative of areas people live their day-to-day lives – half of the country lives and works in different local authority areas. Within and around cities and towns in particular, these units are heavily interdependent on decisions in neighbouring and even quite distant wards and districts, and vice versa.

For example, because Nottingham County Council has powers over transport, voters in Worksop, who look towards South Yorkshire, have a say on transport policy on the southern outskirts of Nottingham. But Nottingham residents (Nottingham City Council is a unitary authority that sits outside of the county) have no say over housing policy across the road in Broxborne or Gedling in areas covered by the same bus routes and estate agents.

Creating mayors at the same level as the local economy means that every resident has an equal voice in issues that will affect them. While some residents may feel their power is reduced, residents in other wards or districts within the local economy will enjoy a stronger voice that, if listened to, will help to level up the economy.

Mayors with wide and clear mandates from a public who understand who they are and what they do are much better placed to represent that area, and the communities within it, rather councillors speaking for sections and slivers of administrative subdivisions. This creates a much stronger voice for local areas and priorities in dealing with businesses and central government.

Where are councils expecting the largest shortfalls? 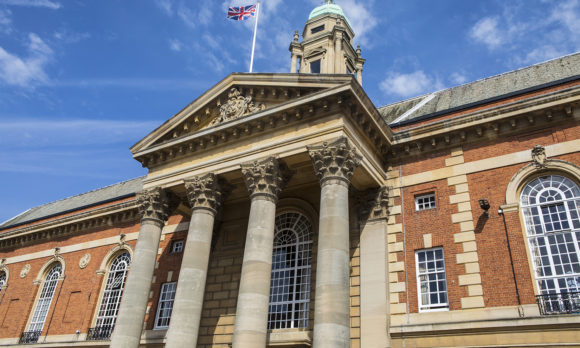