Just over a week ago Andy Street was re-elected West Midlands Mayor with an increased majority. In his first term he worked to address many of the city region’s underlying economic challenges. Continuing this approach over the next three years will be essential as the West Midlands has been hit hard by the pandemic and is grappling with high levels of unemployment.

Despite Birmingham city centre’s recent success at attracting more higher-skilled, higher paying businesses, the UK’s second city lags behind other big cities across Europe and this has a has a detrimental impact for the entire country.

In his second term Andy Street will need to build on his work addressing these challenges by investing in skills, increasing the number of jobs available and building on his ambitious £15bn transport plan by further improving mobility across the city region.

Policy priority 1: Continue the turnaround of Birmingham and Coventry city centres to support their roles as centres of knowledge-based jobs

In the years prior to the current crisis, Birmingham and Coventry city centres positioned themselves as more attractive places for higher-skilled, higher-paying businesses to locate – the most recent success story being Goldman Sachs’ plans to open a new office in Birmingham city centre.

This process as been absolutely essential in turning around the West Midlands’ economic fortunes in recent year and Andy Street must build on this in his second term.

To do this, his first priority should be to encourage office workers back into the city centre once it is safe. Centre for Cities’ High Streets Recovery Tracker shows that the pandemic has had a particularly damaging impact on Birmingham’s centre compared to other British cities, with footfall and spending struggling to recover to pre-pandemic levels. This is mainly caused by office workers continuing to work from home, greatly reducing demand for local retail and hospitality businesses.

To encourage workers back to the city centre when appropriate, Andy Street should work with city centre employers and launch a ‘Birmingham is open’ campaign. To do this safely, it should happen in coordination with Transport for the West Midlands.

As a second step, Street must continue to make Birmingham and Coventry city centres more attractive places to do business. The availability of office space in Birmingham and Coventry was not sufficient pre-pandemic and limited the West Midlands’ economic growth. Demand for office space is already increasing and so responding to this demand – either by building more or by repurposing excess retail and industrial space – will be key for ensuring the West Midlands’ continued economic growth.

Creating more jobs will put pressure on the West Midlands’ housing market and increase the cost of living. To avoid a London-style housing crisis, the West Midlands should deliver enough new homes in the suburbs and parts of the green belt. Andy Street should launch a housebuilding programme in which he advocates for a strategic review of the green belt around railway stations. These stations already have great connections into Birmingham city centre, and developing new homes surrounding them will keep housing affordable, reduce carbon emissions, and support the West Midlands’ prosperity.

Why big cities are crucial to ‘levelling up’

Prior to the crisis, the West Midlands’ labour market was already in bad shape and the city region grappled with the highest unemployment rate in the UK. Job creation should therefore continue to be top of his top priorities for his second term.

This will require him to focus in particular on the ‘inactive workforce’ – people who could work but, for various reasons, don’t. Identifying and addressing the complex challenges that prevent them from getting jobs, and helping them to do so, will benefit them personally and improve the West Midlands’ economy.

Andy Street should evaluate the numerous employment and training programmes currently being piloted, and undertake an audit of all skills spending in the West Midlands. Once he has done this he will be in a better position to deliver training that is of genuine benefit to people and relevant to businesses.

Why cities will be our main job creators post-Covid 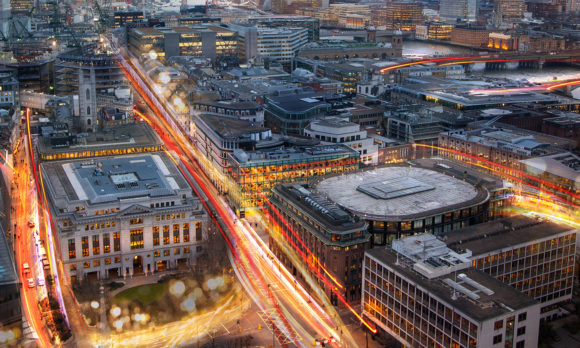 Birmingham’s city centre is one of the least accessible in the country and this is one of the West Midlands’ main economic challenges. To reduce congestion and air pollution in the West Midlands, Andy Street should follow Greater Manchester’s example and bring local bus services under public management through franchising. This would give the mayoral authority powers over bus routes, timetables, fares, and coordination with rail and tram services. Ultimately this will lead to cheaper, better services for passengers.

In his last term Andy Street introduced a Clean Air Zone that charged the most polluting vehicles entering Birmingham city centre. While this was a good first step to curb air pollution, in his second term he should go further and introduce a congestion charge for all vehicles. Evidence from other cities proves that it reduces traffic congestion and air pollution.

Franchising buses and the congestion charging would generate additional sources of income for the city region. These additional funds could then be used to improve the public transport offer by combining it with extra funding available via the National Bus Strategy and the new tram investment in the city region.

In summary, Andy Street’s top priority for his second term must be to bring the performance of Birmingham and West Midlands in line with that of its international counterparts to guarantee that the city contributes to the overall UK economy as it should. Increasing the employment rate, focussing on the productivity of city centres and improving West Midlands’ transport system will be the first step to do so.