Voters in Greater Manchester have re-elected Andy Burnham as their metro mayor. His most important task for his second term will be to support Greater Manchester’s long-term recovery and build sustainable long-term economic growth. This means addressing the city region‘s long standing productivity problems to bring its performance in line with its international counterparts.

To do this, here are three policy priorities for Andy Burnham to consider:

One consequence of Greater Manchester’s pre-Covid jobs growth was the increase in people commuting into the city centre, straining the transport system and polluting the air.

Because of this Andy Burnham should make reducing congestion a key part of his second term. The central focus of his first term was the promise to bring Greater Manchester’s buses back into public management, as they are in London, through bus franchising. This is the right reform, but it won’t happen overnight and the Combined Authority’s deadline for completion is 2025. In the meantime, people across Greater Manchester will be watching to ensure that the metro mayor delivers on this programme.

Alongside a congestion charge, the metro mayor should go further than the current Clean Air Zone and introduce a charge similar to London’s Ultra Low Emission Zone (ULEZ). Adding a higher charge for all diesel and other high-polluting vehicles would encourage drivers to switch to other forms of transport, such as buses and the Metrolink, improve air quality and raise more income to invest in the new franchised bus system.

While Manchester city centre saw massive job growth in the three decades prior to the crisis, the Covid-19 pandemic has had a particularly damaging economic impact. Centre for Cities’ High Street Recovery Tracker shows that large cities like Manchester will face a difficult recovery from the pandemic if office workers continue to work from home and stop spending time and money in the city centre.

To help these local services such as shops, pubs and restaurants recover, it will be crucial for Andy Burnham to use his soft power as a metro mayor encourage office workers back to the city centre once it is safe to do so. He should launch a ‘Manchester is Open’-style campaign with the Government’s Urban Centre Recovery Task Force, and work with city centre employers to encourage workers back to the city centre. This must happen in coordination with public transport providers operating at the required capacity levels.

But bringing office workers back to the office won’t be enough to create more jobs in the long-term. So, additionally, increasing office and co-working space in the centre and encouraging higher-skilled, higher-paid businesses to settle there will be a key task for Andy Burnham’s second term. This has to be supported by the expansion of the public transport network to connect workers to these jobs. 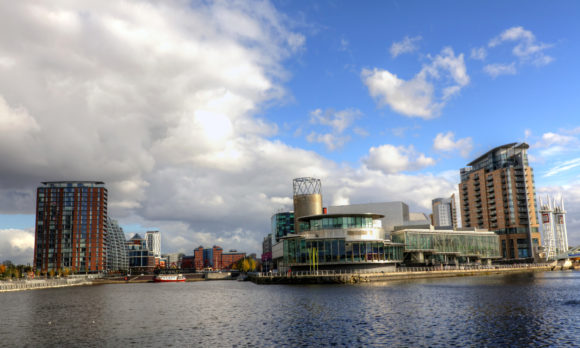 Policy priority 3: Ensure young people have the skills and support to fully benefit

Despite its recent prosperity, Greater Manchester entered the Covid-19 pandemic with above average levels of unemployment, meaning that many residents weren’t benefiting from its growing economy. Andy Burnham will need to address this problem by improving people’s skill levels to ensure that everyone in Greater Manchester can benefit from economic growth.

First, he should build on the Greater Manchester Apprenticeships and Careers System by adding mentoring and pre-apprenticeship support for young people. Evaluations have shown that this has a positive impact on the completion rates of apprenticeships.

Second, to better target the city region’s skills challenges, Andy Burnham should audit how much is spent on skills in Greater Manchester and by which institutions. The outcome of such an audit will help to better understand how funding is currently being spent bodies and will ultimately lead to more effective targeting where it is needed most.

Third, Andy Burnham should work closely with underperforming schools in Greater Manchester, where average school performance is slightly below the national average. While he currently has no formal powers over primary and secondary education, he should use his soft power and influence to convene and campaign for higher standards to tackle the underperformance of some of Greater Manchester’s schools.

By focussing on these three priorities in his second term, the metro mayor will help Greater Manchester to recover quickly from Covid-19 and set it on the route to sustainable and inclusive long-term growth. However, there is a longer-term issue that also cannot be avoided: insufficient supply of new homes.

In recent years, Greater Manchester has built fewer homes than the average city. To avoid a London-style housing crisis, Andy Burnham will need to ensure he delivers enough homes. He should create a joint spatial plan that includes both green belt reform and new development in the city region’s suburbs. Delivering this affordable housing for workers and their families will help the city to accommodate long-term growth and help level up the country.

Greater Manchester has enjoyed strong economic growth in recent years and I am confident that it will recover quickly from Covid-19, however Andy Burnham should address all of these issues if he wants to build back better from the pandemic and improve the economy and people’s living standards for the long-term.

The Greater Manchester Chambers’ priorities for the next metro mayor 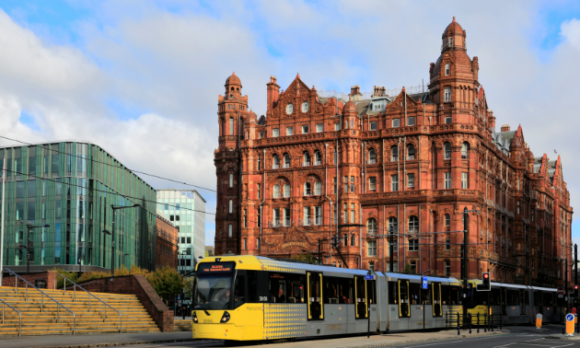