I could feel the electricity in the air this morning while I waited for the GDP figures to be released. Most of us expected them to be positive, and I was happy to see 1 percent growth this quarter, offsetting the contraction we have had thus far this year.

Since the start of the recession, growth has not reached 1 percent in any quarter, and it is welcome news to be out of the double-dip recession. Many people are pointing to the Olympic and Paralympic Games as the source of strength, as ticket sales were finally realised in GDP figures (estimated at 0.2 percent of GDP growth). However, the overall effect of the Games is difficult to estimate, not least because many services and retail activities may have been supported by the Olympics (e.g., hotel and food & beverage services) but others may have lost out (particularly retail and film & television entertainment) as people watched the games instead. 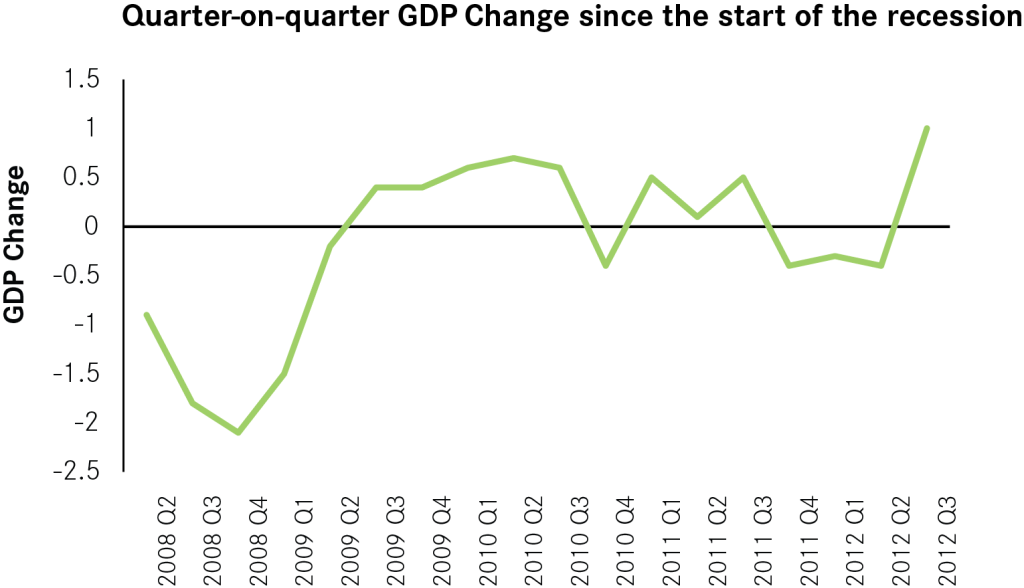 So what did get the economy moving again? The graph below shows the contribution to GDP growth by different components over the past 5 quarters. From it, we can see three clear trends shaping the UK’s economic performance.

First, lack of construction is a drag on economic growth. Performance in the construction industry has been consistently lagging since the start of the double-dip recession, in spite of the Olympics and a raft of Government policies such as Get Britain Building, Growing Places Fund and the New Homes Bonus (trying to alleviate high housing and commercial property prices by increasing supply and building supporting infrastructure).

Second, despite the clear focus of government on the manufacturing sector,production output is comparatively weak. Manufacturing, in particular, grew 1 percent this quarter, but over the past year it shrank by 0.8 percent.

Third, total services contributed the most to GDP growth. Within total services, financial and business services grew 1 percent this quarter, bringing its growth to 1 percent for the year. This falls in line with the Centre’s previous research showing that financial and business services have fared better since the start of the recession than other sectors. But, the largest contributor to services growth was the ‘Government and other services’ category, which is where Olympic Games ticket sales were recognised. 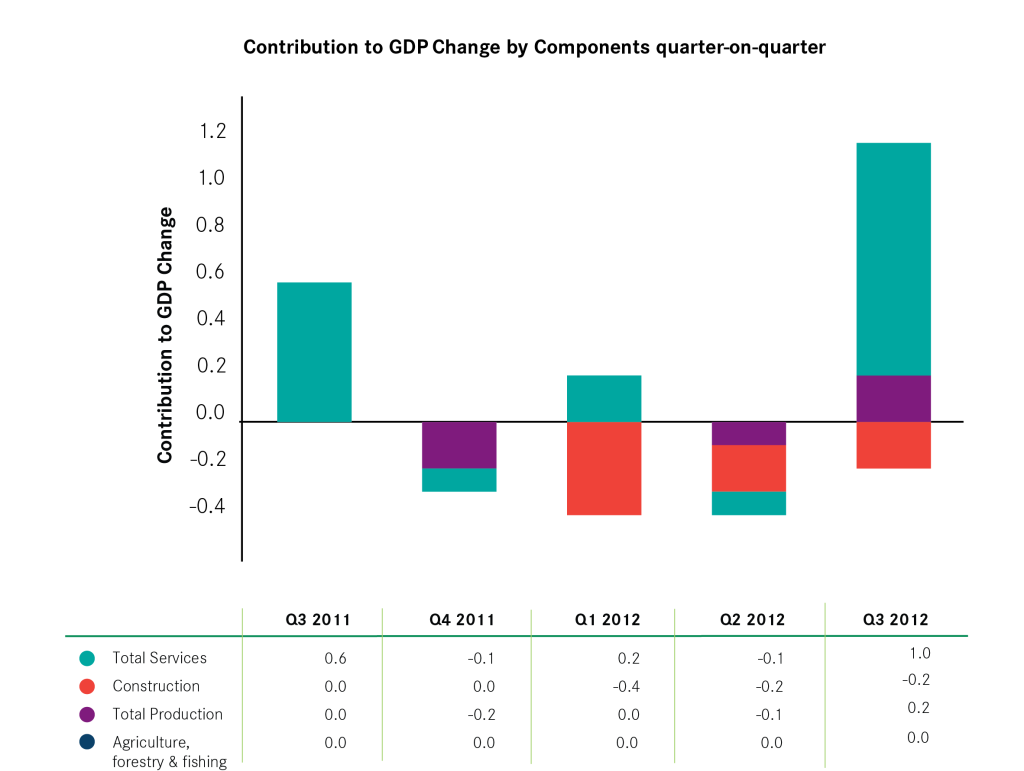 The moral of the story from today: it’s not the Olympics, the weather, or industrial policy alone that shapes the GDP figures. The growth this quarter is bigger than the Olympics; it is a combination of short-term events and longer-term structural challenges (and strengths) in the UK economy. Now, Government must concentrate on making the most of the UK’s growing sectors and find new strategies for overcoming the persistent challenges to growth—namely low construction output.