“Be Bold” was the theme of the student-led “Local Economic Development Forum” at the London School of Economics on 20 February. The conference brought together leading World Bank and OECD researchers, UK and international policymakers, academics, alumni and students to discuss how to build resilient and strong city economies in 2016. Although development priorities vary across the world – Mumbai is tackling electricity and sanitation issues while London is grappling with a worsening housing problem – the consensus of the conference was that the way for cities to be bold in 2016 is through leveraging their connections.

This means cities need to think bigger. They are not solely recipients of national policies. Increasingly, cities are gaining powers and responsibilities to shape, define and drive wider national economic growth. To maximise their impact, they need to start thinking and operating outside their city limits. This means building and improving opportunities between cities to exploit economies of scale, share costs and learn from each other. Global city collaboration networks include the C40 agreement on climate change and the Cities for Mobility network that works to ensure efficient transport systems worldwide. The conference offered templates for how to do this across a range of issues. The Director of Urban Development at the World Bank, Dr. Sameh Wahba, described how India’s cities are establishing regional institutions to link rural places with city centres. He concluded that building these connections – whether to neighbours or to a global network of cities – are essential to city success in an increasingly globalised and connected world.

Being bold also means that cities should be enhancing connectivity within their borders. Cities are matchmakers; they match workers with jobs, citizens with health and education services, and people with people. Cities can become even better matchmakers by creating tailor-made policies that meet local needs. For example, Coimbatore in India is investing in skills and vocational training to match its industrial needs and Tirana in Albania is investing in the public realm to make the city more engaging and attractive to its residents. At the conference, World Bank Economist Dr. Somik Lall argued that the best matchmaking cities will not only be more competitive, but also more inclusive and ‘kinder’ to their citizens.

This conference’s theme of connectivity is directly related to UK cities. The growing significance of cities and the importance of enhancing connectivity is reflected in recent plans to devolve more power to UK cities. Specifically, strengthening connections between cities is an important element underpinning the Northern Powerhouse, and building connections and alliances between government, local businesses and communities will be a central task for the six Metro Mayors that will come into office in May 2017. The diverse participants and discussions at the conference highlight the global nature of the cities agenda. They also highlight the fact that no city is an island and, to succeed in 2016 and beyond, cities need to be bold in their ambition to strengthen these connections. 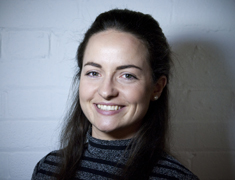