ONS has released today Census population data at geographies below a local authority level. And as it is increasingly doing, it has provided the data in a very user friendly way to compare it to 2001. I strongly suggest you use a couple of minutes of your Friday afternoon to look at it.

A very quick play with it shows how city centres have become increasingly attractive as residential areas in some cities in recent years. As the screenshot below shows, this is very clear in Manchester – its city centre has transformed from a place to leave to a place to live. 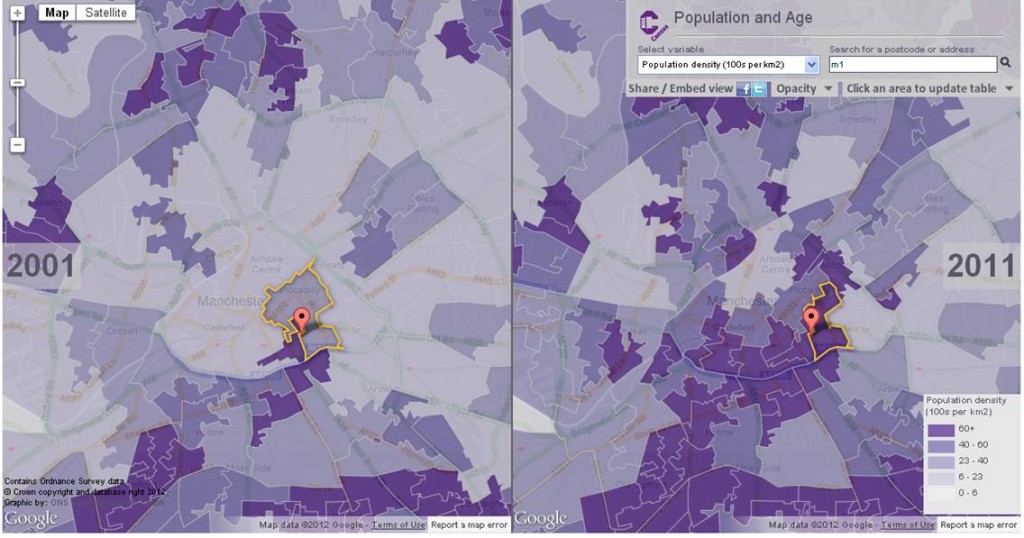 A similar trend is seen in other cities too, such as Leeds and Sheffield. We’ll look to do a more detailed analysis on these figures soon.