Next week’s local elections will be the most important for a generation. In what has been called ‘Super Thursday’ by some political commentators, the public will have a chance to deliver their verdict on the Government’s handling of the pandemic and thousands of councillors, and members of the devolved parliaments are up for election.

In England, seven metro-mayors and the Mayor of London are also facing election. Together these politicians run city regions comprising of about 21 million people – almost 40% of England’s population.

The eight mayors up for election – in Cambridgeshire and Peterborough, Greater London, Greater Manchester, Liverpool City Region, Tees Valley, the West Midlands, the West of England and West Yorkshire – have the largest direct personal mandates in the UK and responsibility for areas including transport, local economic development, housing and adult skills.

Who wins and loses these elections, particularly in places such as Tees Valley and the West Midlands, will tell us more about the realignment of British politics.

Regardless of who people vote for, after a year of centrally-mandated Covid-restrictions, people up and down the country have one clear message for Government: Give us the powers and resources to make the right decisions for our areas. 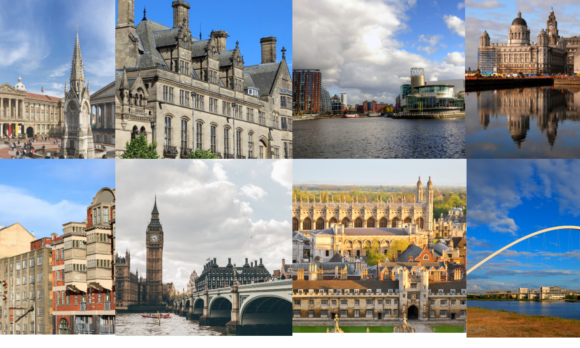 In advance of the mayoral elections, Centre for Cities commissioned Savanta ComRes to poll adults living in the city regions. We wanted to investigate people’s views about devolution in England, the office of the mayor, and their policy priorities for their area.

It is striking how pro devolution people are in places where the process of moving power out of Whitehall has already started. On average eight in ten people polled supported giving their metro mayors more powers, in Conservative-run Tees Valley – the heart of the former Red Wall – the principle of more devolution was supported by nine in ten people polled. What else in modern Britain enjoys such strong support?

The areas that the public most want to see metro-mayors take more of a lead on are providing affordable housing (51% of residents support this), supporting businesses (supported by 47%) and providing access to skills and training (supported by 39%).

Based on this, it’s easy to see the potential for a distinct role emerging for England’s mayors in which they are tasked with growing their city regions’ economies.

What do people in cities think of their mayors? 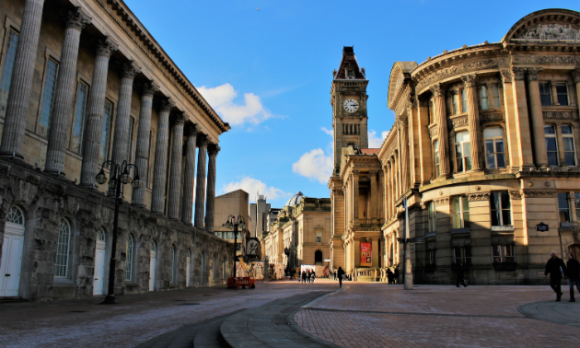 Yet, right at the moment that people are standing up to say they want Westminster to do less, the Government has cooled on devolution. Last year it kicked its white paper on English devolution into the very long grass and this year’s Budget announcements offered little for local leaders aside from the opportunity to bid for various centrally-controlled pots of money.

I think the truth is that the Government has started to see metro mayors as a thorn in their side. Andy Burnham’s high-profile stand-off with ministers last autumn over Covid-19 financial support won him praise – our polling suggests that almost 70% of people in Greater Manchester approve of his handling of the pandemic – but ministers took an alternative view. With a big parliamentary majority and a commanding lead in opinion polls, the Government has few vocal opponents – apart from some of England’s metro mayors.

However, devolution should not be a constant battle between central and local government. Whitehall should entrust metro mayors with the power and resources to make the right choices for their city regions. In turn, if metro mayors want to be viewed as partners rather than adversaries of Government (and reap the benefits) they should avoid unnecessary party-political point scoring.

This argument isn’t revolutionary. Many countries – Germany, Japan, the USA – grant local leaders far more powers and resources than we do here. Until very recently Boris Johnson, a former Mayor of London, was a strong supporter of this approach and he was not alone in the Conservative Party; former senior cabinet ministers George Osborne and Michael Heseltine are also proponents of city devolution.

Politically, it is in the Government’s interest to empower local government as it made a lot of big promises at the last election that it cannot deliver on its own. In 2019 Boris Johnson promised the public better bus services. Who is delivering these better buses in Greater Manchester? Andy Burnham, with the franchising powers that Theresa May’s Government granted him.

The public is not interested in who actually delivers better services, they just want to know that things are improving in their area. So, it is in everyone’s interest that mayors and other local leaders are empowered to deliver these changes.

Eight in ten people living in cities of varying size, affluence and political persuasion have now said they want significant decisions made closer to home. This is a big coalition of voters and it’s time that the Government listens to them.

This blog originally appeared in The MJ on 13 April 2021.