Reorganising the Paris area has been a top priority for the French government for more than 10 years. Two major interventions that were launched recently are the latest efforts to create a more coordinated and cohesive city-region around the capital. 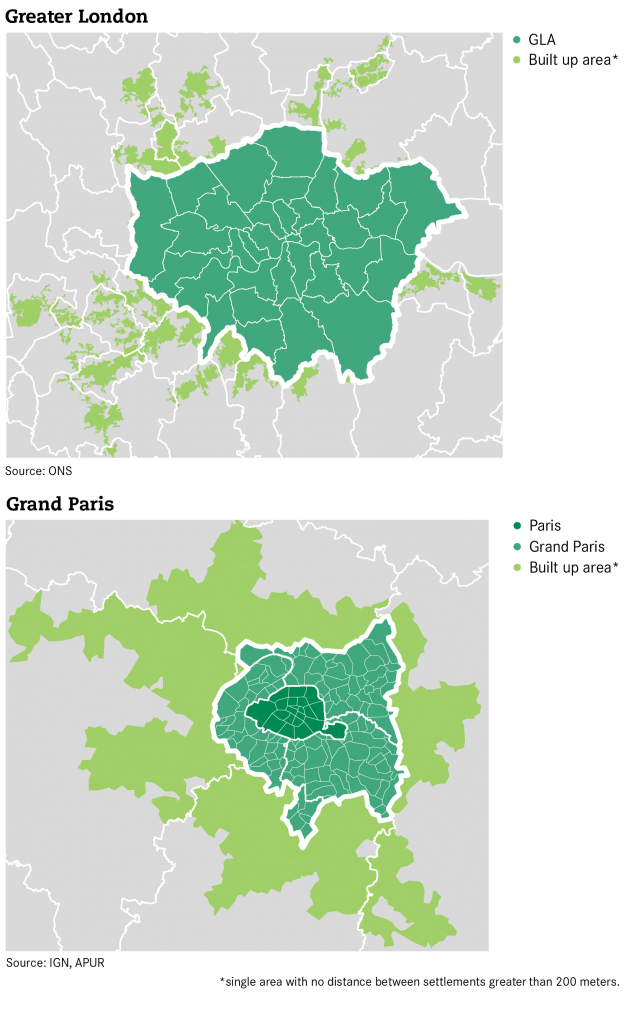 The creation of Grand Paris is a recognition that an integrated authority is much needed and long overdue for the Paris urban area. Paris itself is significantly under-bounded, which means that the urban area extends well beyond its political border. The current Paris Government (itself made up of 20 smaller arrondissements) has a population of 2 million and is roughly equal to London zones 1 and 2 in size. But unlike the Greater London Authority, in Paris there has to date been no formal coordination across the wider city-region, resulting in social and political tensions between the city and its suburbs, for example regarding housing.

Whilst Grand Paris represents an improvement on the current state of urban governance, the project (which was first initiated in 2008) has faced considerable opposition from local politicians, and is a relatively weak institution.

First of all, Grand Paris has to fit within an already heavily fragmented local government structure in France. The area covered by Grand Paris has 131 municipalities, newly gathered into 12 “territories”, each belonging to 4 départements. And all of this – including Grand Paris itself – belongs to the larger Ile-de-France region.

This administrative millefeuille, a culinary metaphor the French like to use to refer to the multiple (and many argue redundant) layers of local government, considerably affects Grand Paris’ ability to act, as many of its responsibilities will be shared between authorities. For instance, although Grand Paris holds economic development powers, including urban regeneration and the development of commercial and industrial zones, it is specifically required to take account of the priorities of the Ile-de-France region, which controls important economic development responsibilities such as support to businesses. And while Grand Paris has a wide range of responsibilities relating to housing, including financial support to house building, planning permissions are still granted by individual municipalities.

The budget is also limited. Grand Paris has a budget of €3.7 billion, but most of the money will actually be redistributed to municipalities, leaving Grand Paris with only €65 million to directly invest. In comparison the Paris government has a budget of about €8 billion, and the Ile-de-France region has €5 billion. And although this budget will incrementally increase over time alongside the acquisition of new responsibilities, even after 2020 Grand Paris will remain strongly reliant on government grants. Its only other source of revenue is a local business tax, even though in France equivalent metropolitan structures can usually raise a set of property and business taxes.

Finally, Grand Paris will find it difficult to provide strong leadership of the area. It is led by a metropolitan council, composed of 209 municipal councillors (that is, councillors from the 131 individual municipalities) who elect a President. But it will be hard for the President to act as a political leader given the large number of discontented local politicians, who have their own (arguably greater) democratic legitimacy through the ballot box.

It has taken eight years to set up an institution that many local councillors feared would hamper their powers. Addressing these fears has meant adopting a very consensual approach which has ultimately resulted in the creation of a relatively weak institution. Overcoming these issues will be critical to avoid Grand Paris becoming another superfluous layer in the French millefeuille.