The 2021 elections for the metro mayors are just three weeks away. Yet while the incumbents have established their institutions in the past four years and made their mark, the devolution process remains unfinished. Mayors as an institution are popular among the public and often well known, but to justify more powers from central government, they need to make some tough choices. Voters want their mayors to have power because they want the mayors to make their cities better.

Although the Mayor of London as an institution dates back to the millennium, the other metro mayors outside the capital are much more recent institutions. Most up for election this year are facing their second election after their first in 2017, and West Yorkshire is getting its very first metro mayor this year.

Yet despite this novelty, the metro mayors have already changed how English politics works. The dispute last year over local lockdowns and financial assistance to Liverpool City Region and Greater Manchester was one very visible instance of this, but others such as the campaign by both mayors to strip Northern Rail of its franchise, or by the Mayor of Tees Valley to take control of the local airport and bring the Treasury to Darlington were other examples.

This is altering the balance of power between Westminster and the rest of England. Directly-elected local leaders have found that they have the electoral mandate to champion the interests of their area as they see fit. As a result, while every metro mayor has a different list of powers they are formally granted by the Government, every metro mayor also wins the right to speak for their city-region through their support from local voters.

This power for metro mayors is what ‘levelling up’ looks like politically, and voters want more of it. In recent polling conducted by Savanta ComRes for Centre for Cities, 83 per cent of voters across the metro mayor geographies and Greater London want them to have more power over at least one policy area.

But metro mayors must win recognition, not just elections

That said, mayors need to do more than just win elections to be able to speak on behalf of the public. Public awareness of the metro mayor institutions is not the same thing as public recognition of the mayors as politicians. Although 74 per cent of polled city residents were aware that they had a metro mayor, only 33 per cent of residents could correctly name the incumbent metro mayor. This is much higher than the 8 per cent of people that could name their local authority leader in work done by the Institute for Government, but it also shows that there is much work still to do.

Most worryingly, only 3 per cent of voters could name a candidate in the first West Yorkshire mayoral election. This means that the new West Yorkshire mayor will have to work hard to secure visibility among local voters even after the election in May, if they want to make the most of the power to speak on behalf of the city region that voters want the metro mayor institution to have.

Ultimately, addressing the public’s desire for the metro mayors to hold more power means building their strength as institutions. This in turn will depend on tough choices by both national and local government.

Central government needs to empower mayors and wider local government through its promised devolution white paper, which it again committed to in the recent Plan for Growth. Centre for Cities has already set out the logic that the white paper needs to accomplish an institutional ‘levelling up’, which is that it should aim to build mayor-led unitary councils and stronger combined authorities for metro mayor areas across England, all with boundaries based on economic geography.

Mayors also need to use the powers they already have to take tough choices locally. A key strength of the metro mayors as an institution is that as their mandate comes directly from the voters of the entire city, they unlike council leaders are one step removed from squabbling councillors and the sharp incentives of ward-by-ward politics. This means that they have the power to push through controversial decisions such as housebuilding, congestion charging, or clean air zones, among the other ideas Centre for Cities has set out in our metro mayor policy priority briefings. 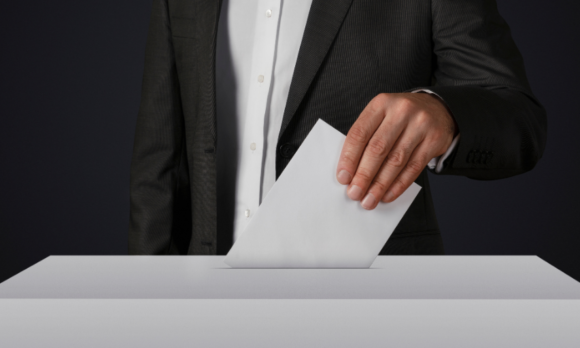 Some of these ideas won’t be universally popular. But they will benefit their cities overall. And this is ultimately the basis for popular support of the mayors – their voters expect them to make their cities better. Furthermore, the mayors cannot expect national government to grant more powers if the mayors are not prepared to use the powers they already have.

Four years on from their first election, the metro mayors have passed the first test and become popular institutions. Now at their next election, they face their next test – justifying further devolution so they can make their cities better for their residents and get their agendas done.