As a lack of definition around the scope and meaning of levelling up still remains, on 19 July Centre for Cities held the second in a series of events exploring the dilemmas around the levelling up agenda. The online panel explored questions around what should be the main purpose of the Government’s flagship policy: should it aim to improve productivity; increase levels of employment or improve wellbeing across the country? And what would be the dilemmas and tensions that would arise while trying to strike a balance among these different but interconnected policy areas?

This blog outlines the key topics raised during the discussion between University of Sheffield Management School’s Professor of Urban and Regional Economics Philip McCann; What Works Centre for Local Economic Growth’s Head of Evidence Victoria Sutherland and Centre for Cities’ Director of Policy and Research Paul Swinney.

The levelling up dilemma: productivity, employment and wellbeing 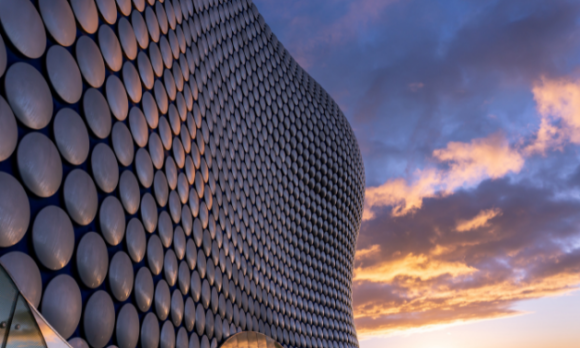 What sets the UK apart from the rest of many OECD Member countries is the scale of its regional inequality problem, and in turn the source of the national productivity gap. While no country as rich is as inter-regionally unbalanced, the opposite is also true:  countries that are more regionally balanced are also more productive across the board, as stated by one of our speakers.

In countries such as Germany cities are not only more productive, but they also pull regions along, making smaller towns prosperous too. While similar to the UK in terms of population, density and city size, Germany widely differs in terms of governance: the UK’s highly centralised system makes it difficult to address the challenges that need to be solved.

The cities vs towns narrative is politically useful but economically untrue

The speakers agreed that the political narrative driving the conversation and underpinning policy thinking – where levelling up is framed as a “cities vs towns” issue – is not representative of what’s going on on the ground: while it is true that some towns in the UK are weaker, particularly in some parts of the North, the reality is that some of the wealthiest places in the UK are also towns.

This contradiction between how the issue is being discussed and the actual facts presents one of the deepest dilemmas contained within the levelling up agenda: as demonstrated by Centre for Cities’ research the economies of cities and their surrounding towns are deeply linked, and failing to address this risks driving policy in the wrong direction. Strengthening the productivity of cities across the country – particularly that of the biggest underperformers, such as Manchester, Birmingham and Glasgow – will have a positive impact on the economic health and performance of the areas around them. On the contrary, and as highlighted by the panel, the current government’s approach to the issue – offering a variety of pots of money for the improvement of towns – will do little in terms of reducing inequalities across the country in the long-term.

In his levelling up speech the Prime Minister cited Germany as an example of success in terms of levelling up, and defined as “astonishing” the fact that the per capita GDP of some parts of the UK is lower today that what East Germany’s was 30 years ago. It is to be noted that, as one of the speakers remarked, Germany has been investing steadily and consistently for three decades to level up between Western and Eastern Germany – long term funding instead of one-off funds, as well as decentralisation of decision-making powers, are what’s at the core of Germany’s success story.

Levelling up cannot be orchestrated from the centre

Another deeply rooted dilemma revolves around the fact that if levelling up is to solve the UK’s historic inter-regional inequalities, local government must have the powers and resources it needs to be able to do so. Trying to solve the local through the central will be difficult, if not impossible, and as long as decision making is not devolved to the level where issues can be better understood and solved there’s a risk the long-standing problems driven by a highly centralised governance system will prevail.

As one of the speakers put it, there is a fundamental tension between local people’s capacity to understand what the issues are in their areas and how to solve them and their ability to effectively be able to do something about them. It is crucial that levers are set in the right place and at the right level, and that democratically elected local leaders are responsible and accountable to their constituents for using them in the best possible way.

It is fair to say that in his speech Boris Johnson acknowledged this when saying that local leaders “need to be given the tools to make things happen for their communities”, and recognised the need for a “more flexible approach” to devolution within England. Whether the Levelling Up White Paper will define this better in terms of what powers and resources will be devolved to what level remains to be seen.

Lastly, the Prime Minister’s first speech on the levelling up agenda fell short of defining what ‘levelling up’ actually means. All speakers agreed on the fact that this lack of definition presents challenges both in terms of understanding what is to be expected from the current government’s flagship policy and what local authorities are expected to do about it. In the absence of a clear definition, places are left to try to extrapolate the meaning of it out of a variety of different funds and documentation that broadly fit within the levelling up category.

Ultimately, the absence of definition – and, consequently, the absence of a clear strategy and a clearly defined set of goals – means there is a lack of both an understanding about what’s going on and a measure against which to establish and track what levelling up wants to achieve. This is something that will hopefully change with the publication of the Levelling Up White Paper later in the year.

You can watch our full event The levelling up dilemma: productivity, employment and wellbeing here.

Future events on levelling up

Levelling up Mayors Productivity
Coronavirus Future of cities High Streets Levelling up Towns
How has the pandemic impacted high streets up and down the country?