I’ve written several times (see here) that the Government’s approach to youth unemployment should not be geographically blind.

So it is pleasing that Nick Clegg announced today that there will be a spatial angle to the Youth Contract after all. Twenty places have been identified where young people will be able to qualify for the programme after six months of unemployment, rather than the nine months that will be the case in the rest of the country.

A more targeted approach to youth unemployment is required because of the highly uneven nature of the problem – as shown by the map below. More than one in ten young people claim Jobseeker’s Allowance in Doncaster compared to less than one in 40 in York. While the impact on the individual in York will be as bad as it will for the young person in Doncaster, resources should be more heavily focused on the latter given that there will be more people going for fewer jobs. So in this sense the change to the Youth Contract is welcome. 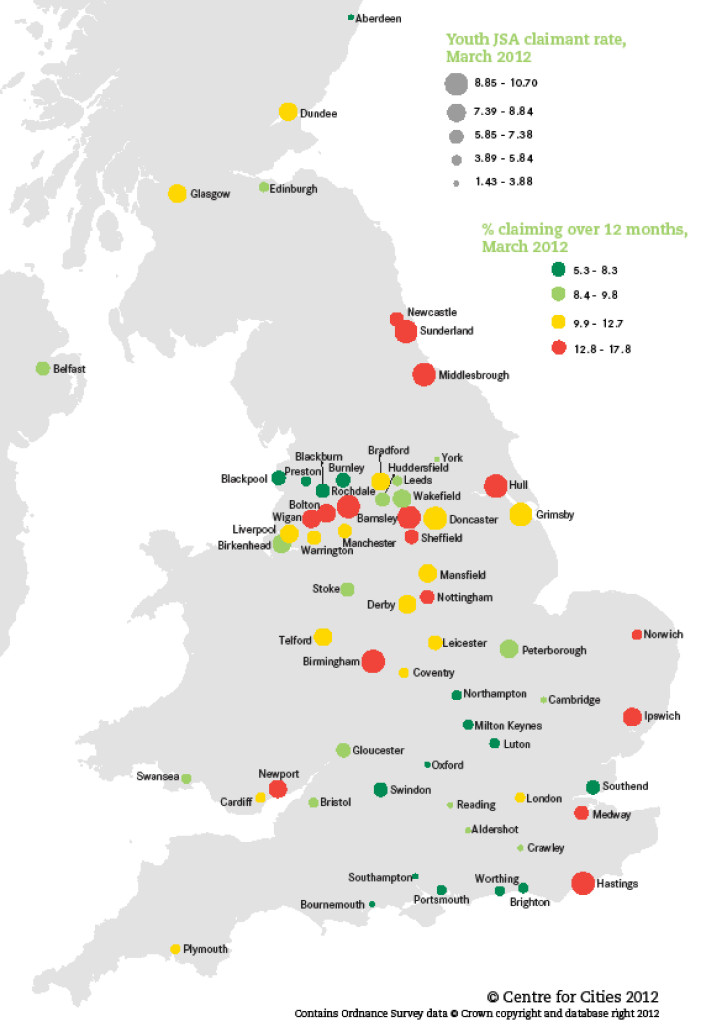 But the issue remains that the part of the Youth Contract that today’s announcement focuses on attempts to tackle a demand side problem in the economy. But our work shows that youth unemployment is in part caused by a supply side problem. Our work on the education system last year suggests that skills are a key contributor to youth unemployment, particularly Maths and English capabilities. If this is the case then the Youth Contract is unlikely to result in sustained employment for young people in these areas.

Time, and data, will tell whether the Youth Contract will have an impact. While the passing of time is inevitable, the availability of good data to evaluate policy often isn’t. And this isn’t good for our young people.