Two factors seem ever-present for the UK’s cities. The gap between top economic performers and others grows wider – notably, though not exclusively, between north and south. And politicians pledge repeatedly to try to narrow the divide. This year’s general election is prompting a flurry of such promises. Do they stand a chance of success?

It is easy to be sceptical. Britain’s regional disparities date back to the beginnings of recorded history, apart from a 100-year period from the late 18th century when the industrialising north and midlands enjoyed stronger growth than the south. London’s current success as a global centre for finance, technology and many kinds of services is widening the gap further.

This year’s Cities Outlook demonstrates the strength of the trends. For every 12 extra jobs created in London and the South of England between 2004 and 2013, just one was created in other UK cities. City populations in the South expanded twice as fast as those elsewhere, while the number of businesses increased more quickly too. This was despite efforts by Labour and Conservative-Liberal Democrat governments to “rebalance” the economy.

London’s success deserves to be celebrated: it generates jobs, tax revenues and demand for goods and services from other parts of the country. If the capital can solve its chronic housing problem it will continue to grow. Milton Keynes, Cambridge, Peterborough, Swindon, Brighton, Bournemouth and Coventry are also among those that have performed well on one or more measure. But unless other cities pull their weight, the country will fall short of its potential.

Politicians have grasped this point. George Osborne, the Chancellor, pledged his commitment to a “Northern Powerhouse” joining Liverpool, Manchester, Leeds and Sheffield together with better transport links. Labour has promised to boost decentralised funding by £30bn over five years, while the Lib Dems have proposed “devolution on demand” for cities.

Will these efforts work better than those of the past?  Labour came to power in 1997 with high hopes for its regional development agencies, underpinned by central targets, and promises of an “urban renaissance”.  Devolution was brought to Scotland, Wales, Northern Ireland and London, while other English regional assemblies were stillborn. Cities made headway, but several fell behind when recession hit.

The coalition since 2010 has pursued policies that are arguably better targeted at functional economic areas, such as city-regions, which have benefited from “City Deals” and other schemes. But Whitehall has kept tight control of what it allows. Local authorities, grappling with cuts to their central grants, have had to submit proposals to central government under a variety of funding schemes.

Despite all this activity, little power has been decentralised within England, except to London – and even there the mayor and assembly’s powers are weaker than those of international counterparts. Local politicians have limited ability to shape investment strategies to fit their circumstances or to plan long-term.

Things may be starting to change. Given the significant spending cuts and efficiency savings likely to be needed over the coming years, there is a pressing need to rethink how the state delivers public services: it will require all the different parts of the public sector that operate within a city to co-ordinate better, which can only be done at that level.

The Scottish Independence Referendum, in which Westminster parties pledged extra devolution, has made it harder to dismiss similar calls from English cities. It has also recently suited the Conservatives’ electoral purposes to make common cause with Labour-run councils in northern cities.

Local authorities in many places are starting to work better together, or at least thinking about it – realising that they cannot solve their problems alone and that greater powers and financial flexibility are more likely to be won at city-region level.

Politicians seem to understand that something different is needed this time. The experience of London, where a directly elected mayor and Greater London Authority were created in 2000 and powers strengthened in 2007, offers a way forward, though many councils remain hostile to elected mayors.

The government’s devolution deal with Greater Manchester, struck in the autumn, provides London-style powers over transport, planning, housing, police and skills in return for creating a directly elected mayor to work with the combined authority. Sheffield city-region, which did not opt for an elected mayor, got a less comprehensive agreement.

Local leaders will need to be open-minded and flexible if they are to take maximum advantage of the new climate. National leaders must also be more ambitious. Cities, including London, need fiscal powers – for instance, over property taxes – as well as more control of spending so they can shape economic incentives according to local priorities. Though national politicians remain wary of this, it is the norm overseas.

After so many false dawns it is as well to be cautious, but there are grounds for optimism about the prospects for UK cities in the coming months. The idea that Whitehall knows best what to do in all parts of the country, which drove policy for decades, has surely been terminally discredited. 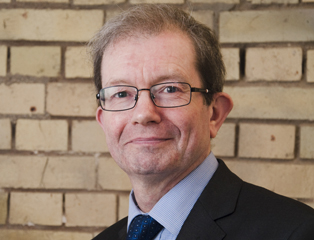 Skills and cities – 10 years of change

What does Cities Outlook 2015 tell us about the housing crisis?