This week the Government announced its Clean Air Strategy, intended to ‘improve the air we breathe, protect the environment and boost the economy’. In cities, exposure to high levels of nitrogen dioxide, caused mostly by diesel cars, is a major health problem and has led to higher levels of hospitalisation and death among city dwellers.

This is primarily an urban issue and to tackle it the Government has given cities powers to improve air quality in specific areas through the creation of Clean Air Zones (CAZs). These are areas where ‘targeted action is taken to improve air quality and resources are prioritised and coordinated in order to shape the urban environment in a way that delivers improved health benefits and supports economic growth’.

The implementation of such zones to date shows how difficult it is to take on the motoring lobby. Cities have largely managed to dodge this issue by exempting cars from the CAZ while imposing heavier charges on other types of vehicles. This may help them get below the legal air pollution limit with the least disruption, but it will do very little to reduce the overall number of cars on the road and leaves the clear economic aims of CAZs unrealised.

This may be a pragmatic first step. But they can’t stop there and will need to expand to include cars if they are to quickly and fairly tackle the air pollution which kills many thousands each year.

Cheap and unrestricted driving causes problems for cities that go beyond the health of residents, impacting on the economy too. In congested cities, the ability of businesses to hire workers and workers to find employers is constrained by slower commutes limiting how far they can travel for work. Irrespective of how environmentally friendly a car is, more cars means more traffic which makes the bus a less attractive option for commuters. In congested cities, valuable urban space must also be surrendered to parking and cannot be used for the commercial or residential units vital to cities’ success.

This issue is on the radar of policymakers. Our Urban Voices survey of city leaders found that getting drivers out of cars and onto public transport was their second highest transport priority. But more needs to be done to tackle it.

One way is to start charging car drivers to enter city centres, which is the case in London. Cities have other tools that would encourage a shift to public transport. The Workplace Parking Levy has been used in Nottingham for nearly seven years now. It raises £9m a year from charging businesses with more than 10 parking spaces for each space. All revenue is used to support local transport improvements and has helped fund the Nottingham Tram extension. Nottingham was the only Core City in England to see congestion on A-roads fall since 2012 when the levy was introduced.

More could be done to increase the priority for public transport over cars, either through closing roads to private vehicles or giving space over to bus lanes. Parking is also often abundant and cheap in many places just outside the centre of smaller cities and could be better advertised in many places.

Improving air quality is a vitally important public health issue and the Government is right to address it in this week’s Clean Air Strategy. However, it cannot be solved by ignoring the challenge that cars pose to cities’ long-term economic health, and the economic aims for Clean Air Zones. To really improve our air, and our economic prosperity, we need to be bolder in finding ways to get people out of cars and onto public transport. 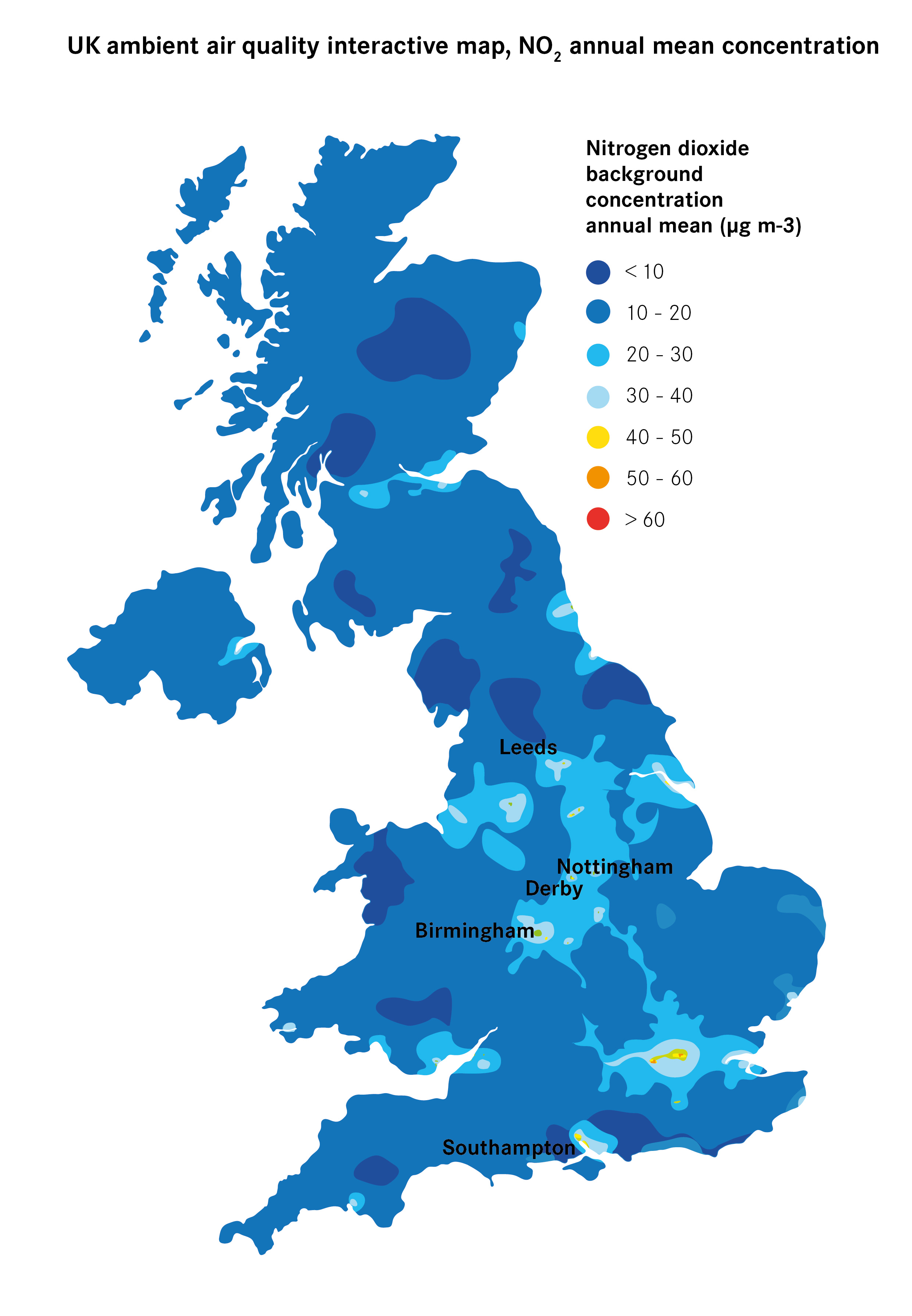