This year’s Cities Outlook shows that while the population of the UK continues to grow apace, six cities saw their populations fall. More surprising is that, of the six, four are in the Greater South East of England. So what’s going on?

This group of four is made up of Oxford (a fall of 0.5 per cent), Luton (a 0.6 per cent fall), Aldershot (0.1 per cent fall), and Ipswich (a marginal fall of 0.03 per cent, or 40 people). They’re joined by Aberdeen, which maintains the falls seen in previous years, and Sunderland – where the population growth has been sluggish for some time.

Given the strong growth in the Greater South East’s population as a whole, and the growth seen in previous years in the cities themselves (as the chart below shows), their fall in population is somewhat of a surprise. Digging into the data shows what contributed to this. 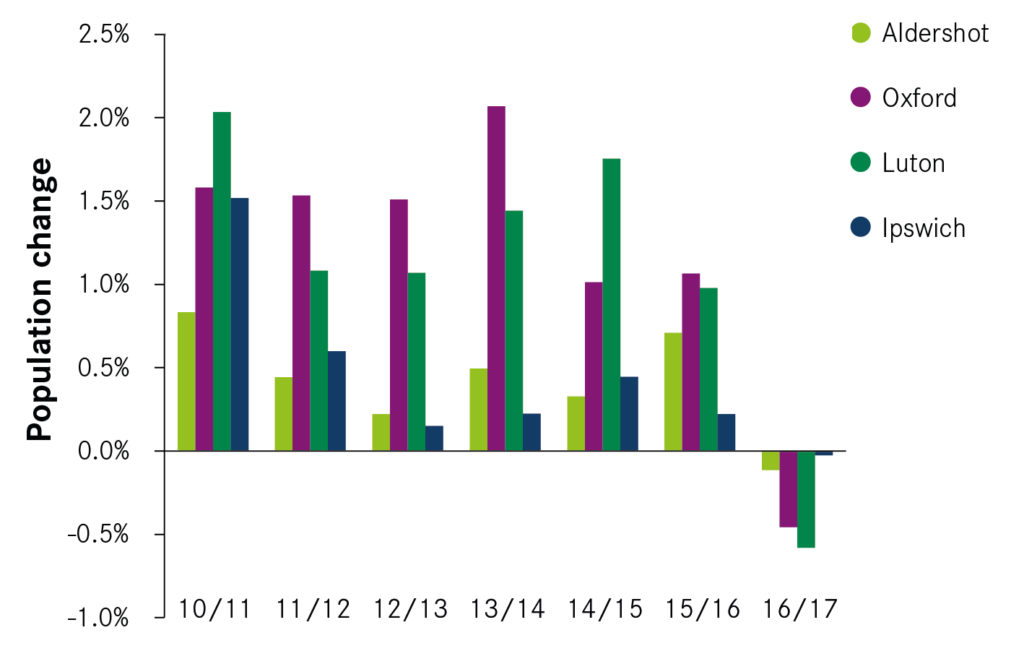 An age breakdown of this population data shows that three of the four cities (all except Ipswich) saw a decline in their population aged 25 to 49. Interestingly, this fall was seen in many other cities in the Greater South East, with a total of 15 of the 19 cities in this area losing 25 to 49-year-olds.

Between 2016 and 2017 the four cities lost between 1,000 to over 5,000 people to other British cities. International migration on the other hand, although not necessarily from EU countries, is actually offsetting this loss of population, as the chart below shows. 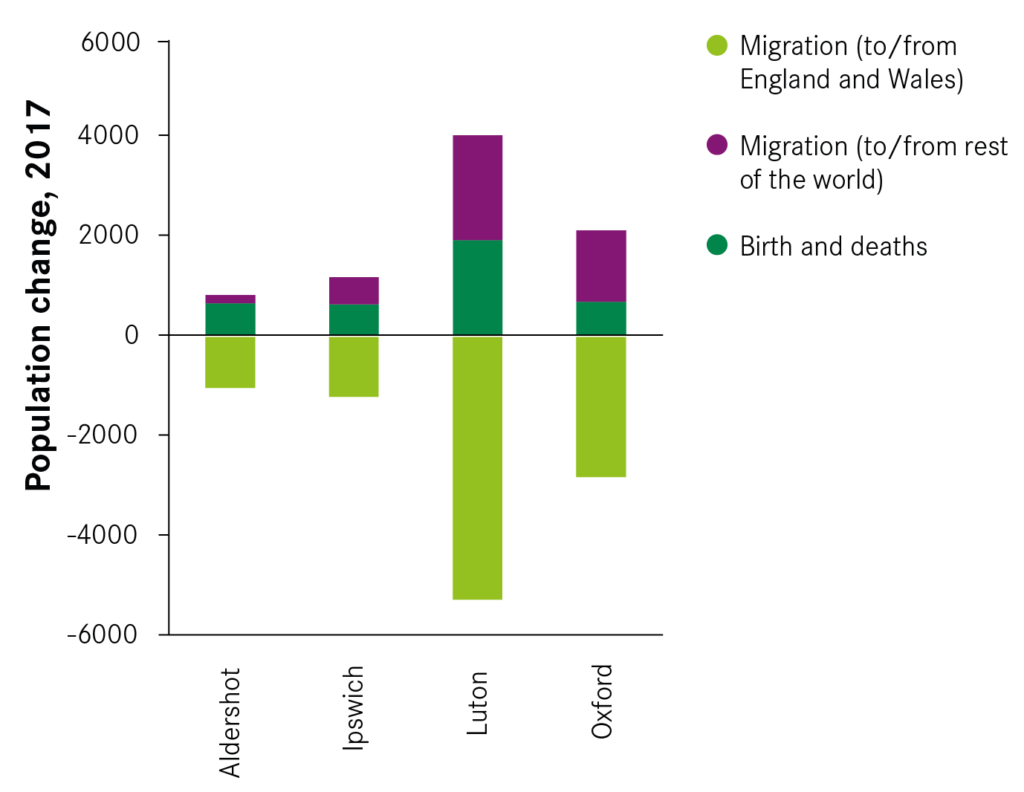 As we pointed out in our response to the recently released Immigration White Paper, cities are heavily reliant on EU immigration of high-and low-skilled labour, especially in the Greater South East, with the most successful cities, such as Cambridge, Oxford and London, among the places with the highest share of migrants. While many predicted that the 2016 referendum would lead to a decline in this migrant pool, the data available suggests that this is not the reason behind the fall in population in Aldershot, Ipswich, Luton and Oxford to date.

This, of course, is only one year’s worth of data. Only time will tell whether the cities’ population declines and, and their demographic make-up, persist in the years to come.