As in any major downturn, the current seizure of the economy is likely to be putting financial pressure on households across the country.

With many individuals furloughed or made redundant, but not relieved of spending commitments, the focus of policy is rightly on preserving household liquidity: supporting incomes and providing relief from rigid spending obligations.

To do this effectively, policy must recognise that the drivers of liquidity – payments coming in, obligations for what goes out – vary by household. And while we can’t tailor support to each household, we can take charge of targeted support in cities, where distinct patterns of economic performance and household liquidity emerge.

The policy response has already been extensive: the state is now paying salaries and self-employment earnings for a significant number of people, benefit levels have been increased and coverage expanded, lenders have announced mortgage holidays, tenant evictions have been paused.

But the policy response has also been variable across components of liquidity. Where the component is driven by fragmented, private contractual relationships – in tenancies, in unsecured credit and, to some extent, for utility bills – policy support is much more uncertain than on larger categories of central government support, like welfare. Unlike in 2008, unsecured credit also gives cause for greater concern than mortgages: mortgage rates are at historic lows, repossessions are exceptionally rare and most lenders have announced payment holidays. By contrast, county court judgements (CCJs) against those unable to pay back consumer debt are at long-term highs, having grown by over 110% in the last 5 years.

For policy to be most effective from here, we now need concerted local action that targets the need of each area and plugs the most pressing gaps in household liquidity.

The scorecard below provides a simple diagnosis of where financial pressure is most likely to be building across cities. For a selected sample of liquidity measures, cities are ranked in tertiles by their performance in the table below.

*CCJ incidence used as a proxy measure of liquidity constraint for some households: those with CCJs will, in large part, be unable to borrow in mainstream markets. Sub-prime markets are significantly restricting credit access already. CCJ incidence might also indicate concern on ‘expenditure’, if recent debt collection trends persist during and after the lockdown crisis period.

**Rent affordability data for England only. 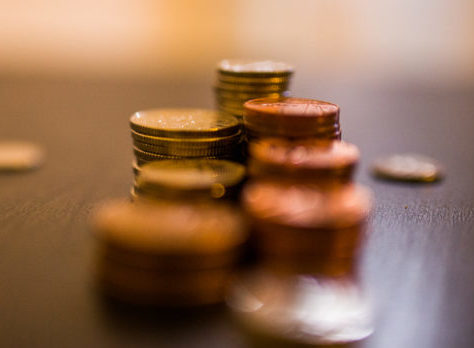 There are clear geographic patterns here. On average, households in northern cities like Blackpool, Burnley and Blackburn don’t have much of a financial cushion. Even if an equivalent number of jobs in Blackburn saw a 20 per cent wage cut due to furloughing as in Milton Keynes, households in Blackburn will feel a greater pinch due to lower levels of pay, higher levels of welfare, high levels of consumer debt and a recent history of high county court judgement action against those in debt.

In these cities and towns, the policy focus ought to be three-fold. First, welfare support must be as prompt as possible and fully supported with local transition support. Where, for example, a 5-week wait for Universal Credit payments is creating severe financial difficulties, cities must look at easing the challenge with available financial means – advance cash support and swift delivery of Local Hardship Fund support.

Second, cities must look at coordination and support for charities filling in gaps, whether those delivering essential supplies (e.g. local foodbanks) or those supporting with debt management advice (Citizen Advice and StepChange).

Third, national policy should deliver support for the immediate aftermath of the lockdown in these cities especially. Active labour market support should be increased to limit potential scarring effects of unemployment. And the FCA should work with debt collection agencies to ensure that the lockdown period, and its immediate aftermath, do not bring a wave of court actions against those who have faced immediate liquidity challenges due to Coronavirus.

By contrast with these challenges of low pay, welfare and high consumer debt, the liquidity challenges of cities in the South are likely to be more focused on housing costs: rents and mortgages. The ongoing policy challenge for these cities is to provide effective support for tenants in financial difficulty, through direct monitoring to ensure appropriate landlord treatment and through support and signposting to tenancy advice services. The FCA’s actions on mortgages will have helped; the challenge there is to ensure that the immediate aftermath of the lockdown does not leave a lasting effect on households’ credit files on account of the current liquidity crisis.

The drivers of household liquidity vary across cities. Effective policy should start with this recognition and tailor support to the distinct needs of cities: on average, a greater focus on timely welfare support, debt management and employment services support in many cities in the North, and a greater focus on housing cost challenges in cities in the South.

Kanishka is a former Expert Adviser to the British Environment Secretary and Senior Adviser at the Cabinet Office. He has also worked as an investment banker at Lazard. He is now at Stanford University and is the author of Household debt and problem debt in British cities.