Chancellor Rishi Sunak will deliver a one-year Spending Review on Wednesday. This will be followed at some point next year by a three-year review expected to set budgets until the next election. Here we set out what the Chancellor needs to do now, and what he needs to set in motion for next year, to put local economies in the best position to bounce back, level up and decarbonise.

People who have lost their jobs are disproportionately young and poor. Finding a job is likely to be difficult until the economy fully opens up again and until demand and business confidence pick up. Sustained falls in income due to unemployment have long-lasting consequences on spending. And the financial crisis of 2008 has left a hangover of problem debt in cities and towns with struggling economies that should not be repeated.

Getting people back into work quickly relies on there being stronger demand in local economies. In cities and towns like Bradford and Birmingham, where up to 10 per cent of working age people are now unemployed (up by more than 50 per cent since the start of the pandemic) this needs government support to get more spending in the local economy to strengthen demand.

The Universal Credit boost and other changes to the benefits system have been a help to people out of work and on low incomes. With the chance of a vaccine in sight, but unemployment potentially still rising, government should up the £20 weekly Universal Credit increase to a £50 ‘Emergency Covid Recovery Payment’ for as long as any form of furlough remains. This will give people and businesses in hard hit areas more income and greater confidence to spend and support their local economy.

Local economic growth in the 2010s was hit hard by cuts to local government funding and rising social care costs. The Chancellor must avoid a repeat of this by giving mayors and local government the money they need to provide statutory services without cutting back on crucial but ‘discretionary’ policies such as economic development, planning, buses and high streets.

For councils that have the potential raise tax revenue, like Oxford, Cambridge, London and Brighton, this should be offered as debt (similar to parts of the Transport for London bailout). For authorities in weaker areas like Liverpool or Doncaster it should come as a grant based on need.

In return, all areas should be able to manage their finances more flexibly, and have the responsibility to raise more money through growth, through:

Away from spending, the Chancellor is set to announce the results of the Green Book Review and National Infrastructure Strategy. The Chancellor should also take the opportunity to set a timetable for crucial reforms to institutions and funding that will determine the ability of local economies to grow, and that will shape the contents and nature of next year’s three-year Spending Review:

In the longer term

As well as shorter-term measures to sustain demand and capacity in local economies until confidence and activity return, the Chancellor should set a clear direction for the Government’s two major post-Covid policies – levelling up and climate change – and how local government can prepare to play its part in both:

The Chancellor will announce the terms of the UK Shared Prosperity Fund (SPF), including £220 million for pilot projects next year, ahead of the replacement of European funding. The Chancellor should define clearly what is meant by levelling up and set targets to achieve by 2024 and beyond. This will inform the overall level of funding, its allocation – to Local Enterprise Partnerships or metro mayors – and what needs to be done. The SPF should be used to help local economies achieve their productivity potential. We have previously called for a £100 billion, 10-year ‘Levelling Up’ fund – a single pot devolved to metro mayors or LEPs – to try and close the productivity gap between cities in the North and Midlands and cities in the Greater South East by a third within a decade.

‘Place’ should form the eleventh point in the 10-point Green Industrial Strategy announced last week. Three-quarters of councils have declared a climate emergency and half are committed to Net Zero by 2030. That will be only a few years away by the time of the next Spending Review in 2024. New homes, at higher densities with fewer cars are crucial to national decarbonisation, and a must for any city that has declared a climate emergency. The Chancellor should support harness this local enthusiasm and set up a challenge fund for cities that decarbonise ahead of the Government’s 2050 target. Any city that delivers should be rewarded handsomely, because of the significant political risk it will have taken and the transformation required. A £2 billion annual ‘challenge fund’ up to 2030, paying councils £100 for every tonne by which they outperform their baseline could create a win-win bet for the Chancellor trying to encourage more housebuilding and tackle the congestion that holds major cities back.

A chance to deliver

The Chancellor should take the opportunity afforded by this one-year spending review to push the rest of government to get ahead with the institutional reforms he will need to deliver in his next review on the two monumental jobs of levelling up the economy and getting to Net Zero. Trying to deliver those inherently local and highly-political tasks from Westminster has little chance of success – either practically or electorally. 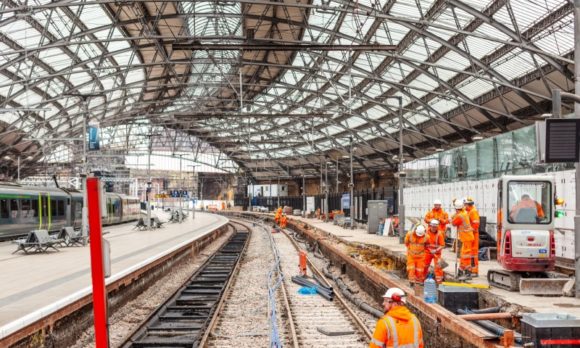