In his Spending Review this afternoon, the Chancellor of the Exchequer Sajid Javid reiterated his priority to boost the UK’s productivity, especially the divides between London, the South East and the rest of the UK.

Tackling the UK’s productivity problem is a core part of Centre for Cities’ work. Here are our three key things that the Chancellor should know to tackle it.

As the Chancellor said in the Spending Review, the productivity problem looks very different across the UK, with far starker regional divides than in most other developed countries.

By contrast, the distribution of productivity in local service businesses varies very little across the UK. A hairdresser in Plymouth is as productive as a hairdresser in Blackburn, for example. Instead, the significant variations in productivity variation seen across the country can be attributed to the performance of the export base in different cities.

An increasing problem that the Government needs to grapple with is the reality that the benefits of high productivity are not often felt by the public – hence the Spending Review’s investments in schools, hospitals and police announced today.

Despite London’s high-performing export sector and higher wages, the capital has some of the highest poverty levels in the country.

This paradox can be explained by the fact that higher wages coupled with a housing shortage have increased house prices in the city. As a result, the real wage a London worker is left with once they’ve paid their rent is relatively lower than it might be if they were based elsewhere.

The next election is likely to be fought on issues such as this, in addition to Brexit of course.

3. Not all businesses can be equally productive

The idea that the UK has an unusually “long tail” of productivity laggards that pull down the national average has preoccupied policymakers in recent years. Their belief is that by making those businesses more productive, the problem can be solved.

However, what this fails to reflect is that the long tail is dominated by local services businesses, which have a limited scope for making productivity improvements due to the types of activities they involve (such as hairdressing).

The key to raising national productivity should instead be to focus on exporting businesses, which are better equipped to absorb innovations and find new markets.

Has the myth of London’s productivity really been debunked? 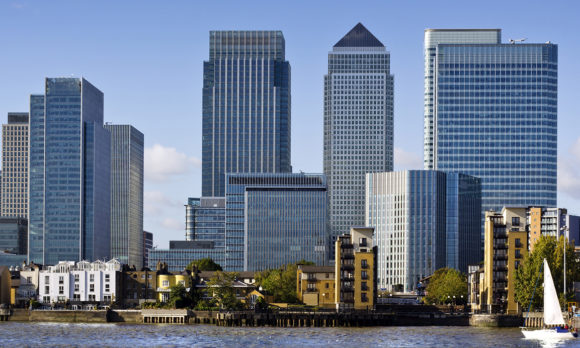 Levelling up
Making transport work in cities and large towns