The implementation of the South Yorkshire devolution deal shows that the wind is once again in the sails of city-region devolution, with over 24 million people in England now set to be covered. The upcoming Devolution White Paper must build on this progress with a generous offer of powers and funding for reform so that all 56 million people in England’s cities, towns and counties can level up.

Ask most people what the big story involving devolution in Yorkshire last week was, and they will probably mention the scheme to move House of Lords to York revealed on Sunday. But something significantly more consequential to bringing new money and influence to the county happened earlier in the week. The Sheffield City Region devolution deal, first signed up to by government and local leaders in 2015, is finally, after an arduous journey where members have been lost and tempers flared, set to become a reality. Dan Jarvis, the mayor elected in 2018 by 120,000 voters will now get a salary for the role, but more importantly, be able to use £30m a year plus various other pots of funding and powers will be heading to South Yorkshire.

This money, plus the powers in the deal, will allow him to start implementing the policies in his manifesto that he was voted in on, in particular improving skills of people and the productivity of firms which hold the area back.

In the time that has been lost getting to this point, Andy Burnham in Greater Manchester has been able to work towards improving its transport system: developing a bus franchising scheme, that has been checked and put out for public consultation with the aim of starting to introduce a London-style system next year and use part of £250m fund from central government to buy trams that will increase the Metrolink tram capacity by 15 per cent from August.

The resolution of South Yorkshire impasse indicates that the city-region devolution agenda is up and running again after three years of hiatus under Theresa May, and will play a central role in Boris Johnson’s plans for levelling up regional growth and supporting towns. The vacuum left by May’s apparent unconcern for this area of policy helped this deadlock to arise when it was filled by talk of a pan-Yorkshire devolution deal. This was only rejected after it had already derailed the Sheffield City Region deal that was in place and obstructed progress on other, even bigger devolution deals in the county.

A West Yorkshire devolution deal on the horizon

The change of Prime Minister and General Election played a role in breaking the deadlock in Yorkshire. The Labour Party promised to support a Yorkshire-wide deal in its manifesto. Its defeat, and the victory of the Conservatives (on the back of gains in Yorkshire) has put in power a government with a strong majority with plans for more metro mayors (and a tram for Leeds) has confirmed that this is the only game in town for cities.

A West Yorkshire devolution deal was close before the election, and is now apparently due to be announced at around the time of the Budget in March, for elections in 2022, alongside the next South Yorkshire election. Jake Berry, the Northern Powerhouse Minister, has talked about the potential for four mayoral deals to eventually cover the whole of Yorkshire, with York and Hull-based deals in the North and East respectively.

Clinging on to ‘One Yorkshire’ model will hold county back 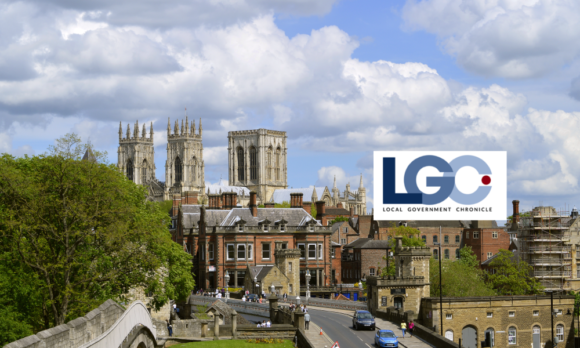 Where to go from here — the Devolution White Paper

The prospect of five or possibly ten more years of a Conservative government will have changed the calculation for local authorities that were operating a ‘wait and see’ policy as Theresa May’s government struggled after the 2017 election. That may shake a few more deals under the current terms out, which are broadly a metro mayor at the scale approximate to the functional economic will enable access to a ‘set menu’ of powers. Big cities such as Nottingham or Southampton may be tempted to pick up where they had left off. But with the Devolution White Paper due out around the time of the Budget, it may be then that further deals are announced or places begin to make plans once they see what’s on offer. How can the government ensure the White Paper pushes devolution unlocks future progress, rather than lock in previous gains:

Keep the focus on the economy: The government should stick to the plan so far, and focus on boosting growth as the primary outcome of devolution. This means the geography of devolution must stick to functional economic areas as the starting point, and the powers stick to those around strategic planning, transport and skills. Other elements, from crime, justice or health, may be incorporated but improving jobs and wages, and commutes and the cost of living must be the focus.

Make the offer too good to refuse: If the government is not willing to enforce its new unitaries and metro mayors on places, but wants the process to remain nominally ‘bottom up’, then it should provide a package of powers and funding that will support economic growth and is too good to refuse.

All places should be able to get something from the White Paper that would encourage the reforms to take place willingly and quickly. Funding will be a major part of this. But for city regions, this means offering the third leg of devolution so far that has been missing – fiscal powers to set and raise local taxes. Without this, the other two – the institution of the mayor and the policy powers they wield – will underwhelm when compared to superficially similar leaders around the world who do have these powers, from Bordeaux to Boston. Generous, no-strings-attached grants such as the Transforming Cities Fund are good, but cannot create the positive (or negative) feedback loops between policy and economy that devolved taxes provide.

Accept asymmetry: And the government should accommodate the fact that different places will have different powers. This is common around the world, with the powers and fiscal tools available to places dependent on their size (as in France) or broader issues of identity (as in Spain and the UK in Scotland, Wales and Northern Ireland). In England, where institutions are also at different levels of development, this is also crucial.

The devolution agenda is back on course, but the government must now provide a map and destination for the next stage of the journey.