Office market developers and investors tend to focus on the UK’s largest cities as their key markets and often miss the opportunities that other smaller, dynamic cities offer.

Globalisation has meant that, as the UK has moved from a principally manufacturing based economy to a services based one, the country’s comparative advantage now lies within the office and knowledge based sectors. This makes the provision of office space extremely important for city growth. 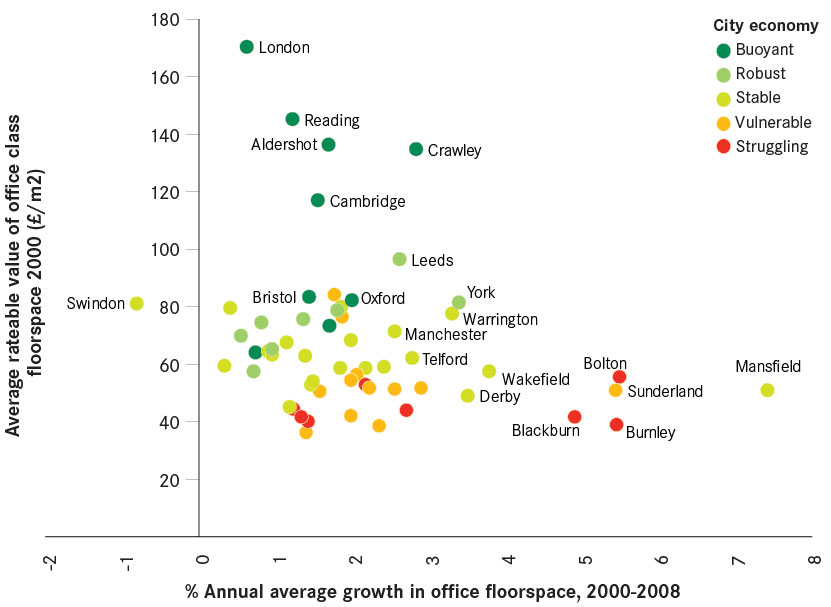 The reasons for this mismatch in supply and demand are different for different cities and include:

But more significant to determining development is the size of the city. Larger cities have high aggregate demand and a higher occupancy churn and are therefore less risky for an investor – hardly surprising then that they choose to develop here – whilst smaller cities often have very specific demand for office space and can suffer from infrastructure issues. 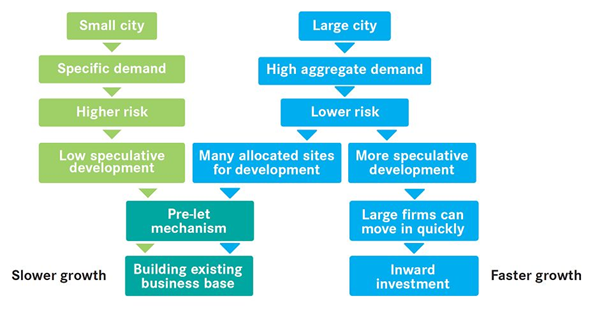 In order to maximise choice for developers and investors and benefit from economies of scale, smaller cities should work closely with their neighbouring authorities on issues such as infrastructure, housing and planning.

Cities also need to understand the demand from their existing business base, as well as what they could need in the future, and tie this with a good knowledge of their current office provision. This should be communicated to agents in order to boost the city’s national profile.

Supporting some of the strongest performing cities by ensuring office space responds to high levels of demand will have substantial benefits both for these cities and the UK economy in our quest to move out of recession.