Depending on how you look at it, the increase in the number of people claiming unemployment benefits in the past month could be slightly reassuring or deeply concerning.

According to the data released today by the Office for National Statistics, an additional 84,000 people filed a claim for either Universal Credit or Job Seekers Allowance between July and August. This is somewhat positive compared to April, where 845,000 new claims were filed in just one month, and likely a testament of the success of the Coronavirus Job Retention Scheme (JRS) in protecting jobs during the pandemic. It also suggests that businesses have mostly hold onto their employees despite the small changes to JRS introduced in August, which mean businesses now have to pay for the National Insurance and pension contributions of those still on the furlough scheme.

Yet, if we compare this 84,000 figure with the average monthly increase in the 12 months before March 2020, what it shows is still a deeply concerning rise, five times higher than the pre Covid-19 average.

In addition to that, the situation is clearly not the same across the country.

In the past month, cities and towns in the South East of England have seen the largest increases in the number of people claiming unemployment related benefits. If in the past couple of months there was no clear geography to the monthly increase in claimant count, today’s figures reveal a clear North/South divide, similar to the one experienced in May. With the exception of Aberdeen and Birmingham, the top 10 cities and towns for percentage point increase in claimant count in the last month are all southern cities with generally strong economies. In contrast, after an initial stark rise in unemployment claims between March and April, numbers appear to have somewhat stabilized in cities and towns in the North and Midlands, with only very small increases in claims in the past month. 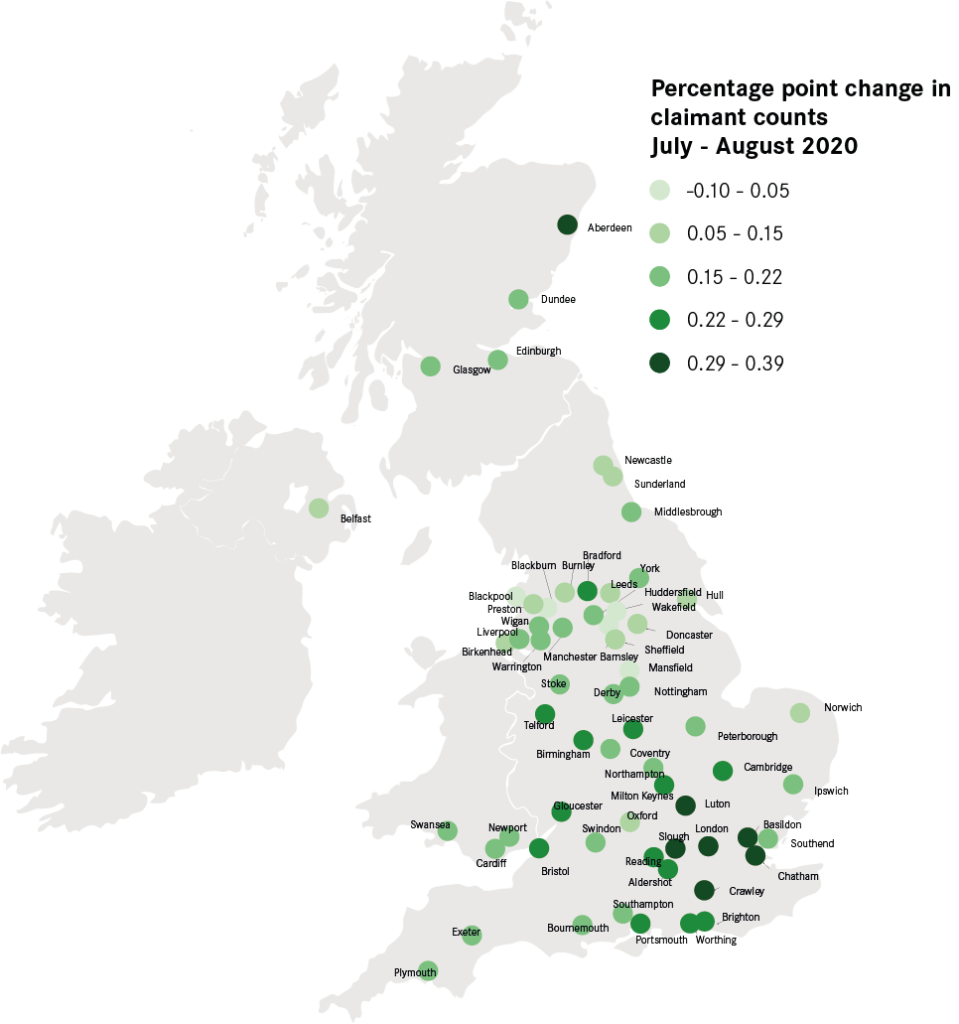 The picture is more complicated when looking at how lockdown overall has affected the labour market of the largest cities and towns. Despite their very different economic performance pre Covid-19, Crawley, London and Blackpool are all among the cities that have experienced the largest increases in unemployment related claims since March. Similarly, places as different as Oxford, Swansea and Wakefield are among the least affected. This is likely due to the very specific challenges that Covid-19 has posed to some specific sectors, like aviation and tourism for example, as well as the pace with which different places are able to resume their daily activity pre-lockdown.

As a result of that, a new picture is emerging around the places with the highest levels of unemployment related claims. Places with historically weaker economies continue to have larger numbers of people claiming unemployment benefits, but they are now joined by a handful of otherwise successful cities that have been hardest hit during the pandemic. Take Sunderland and Slough for example, back in March, the claimant count rate in Sunderland – the fifth highest in the country – was 75 per cent higher than Slough’s, and yet they now have the same rate, with Slough having moved up 29 positions in the ranking. 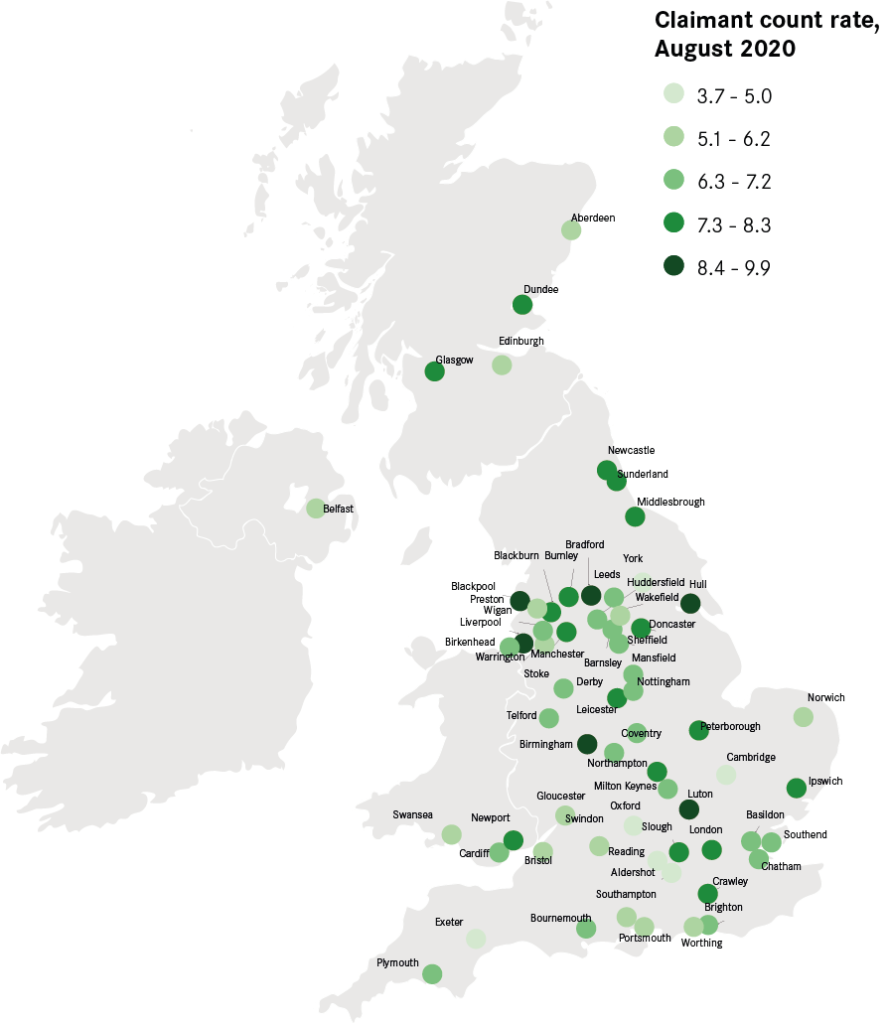 The extent to which this current picture will consolidate in the coming months or will change will depend on how the pandemic will unravel. As things stand, the phasing out of the Job Retention Scheme will undoubtably lead to a second spike in unemployment claims, and with cases continuing to rise, hard times loom ahead for the labour market.

August update: what do the latest unemployment claim stats mean for the largest cities and towns? 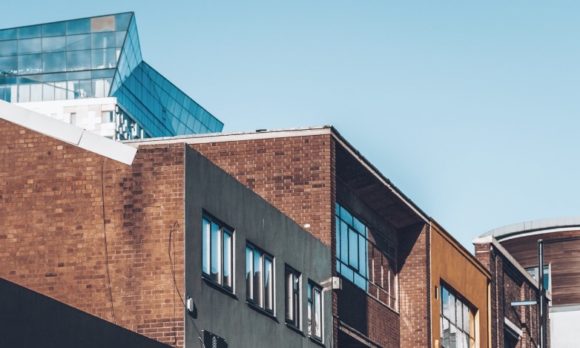