Last week’s labour market figures show that once again unemployment has fallen while employment continues to rise, albeit at a slightly slower rate. The claimant rate has also fallen on the year and while much attention is given to this absolute claimant figure, it is also interesting to look at the proportion of people moving into (on-flows) and out of (off-flows) claimant unemployment.

This reveals that it is the cities that have seen a lot of churn that typically have the strongest economies i.e. those with both a high proprtion of on-flows and a high proportion of off-flows.

As illustrated by Fig.1 and Fig.2, there is a strong relationship between a high proportion of off-flows and on-flows and a low claimant roate.

Figure 1: Off-flows and the claimant rate 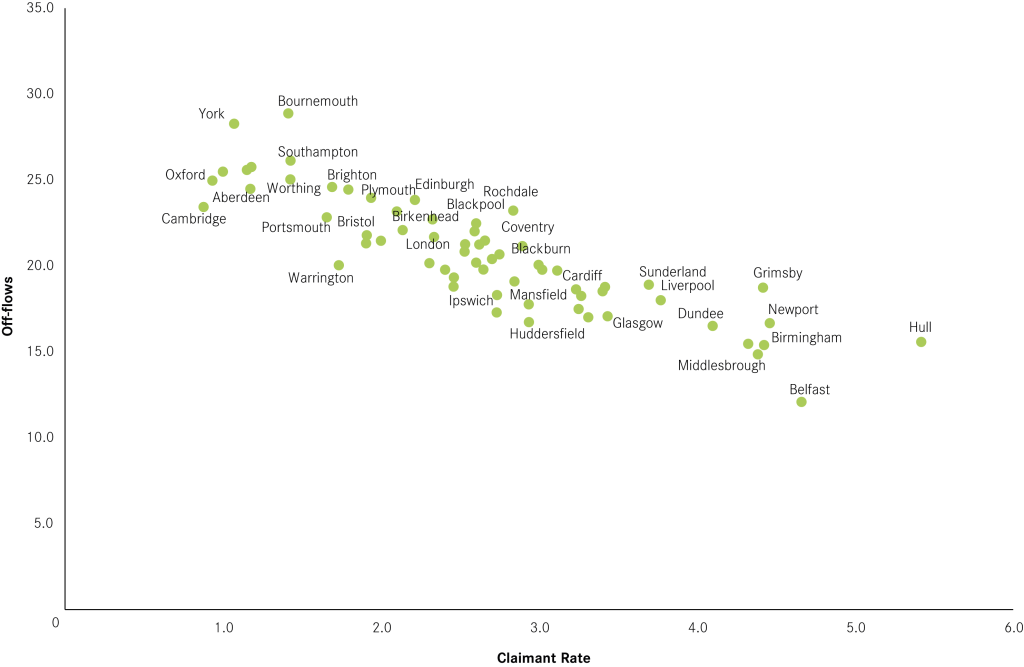 Figure 2: On-flows and the claimant rate 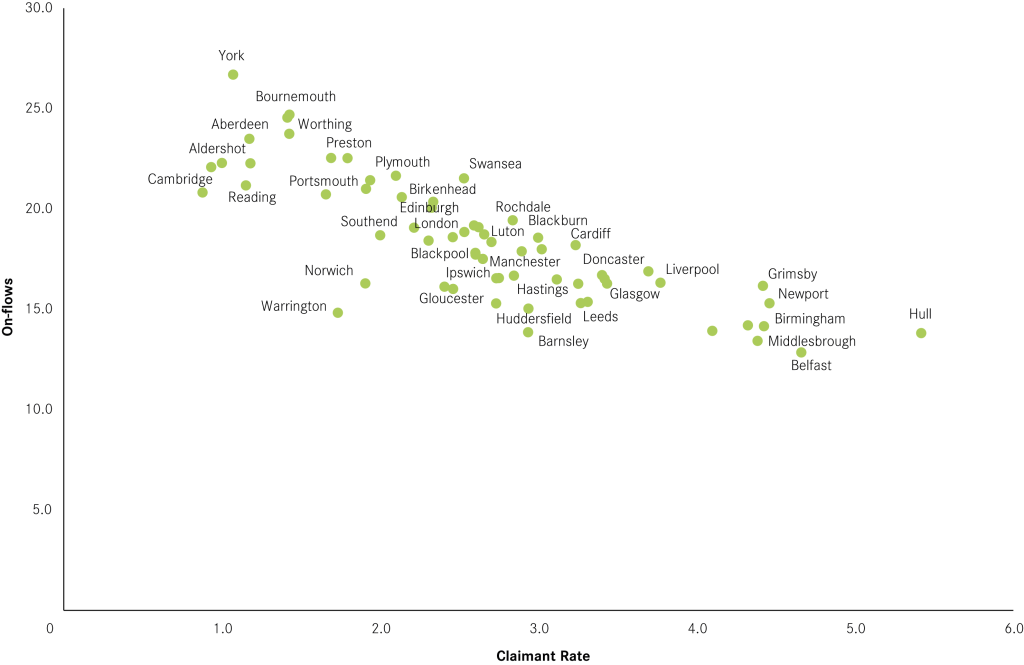 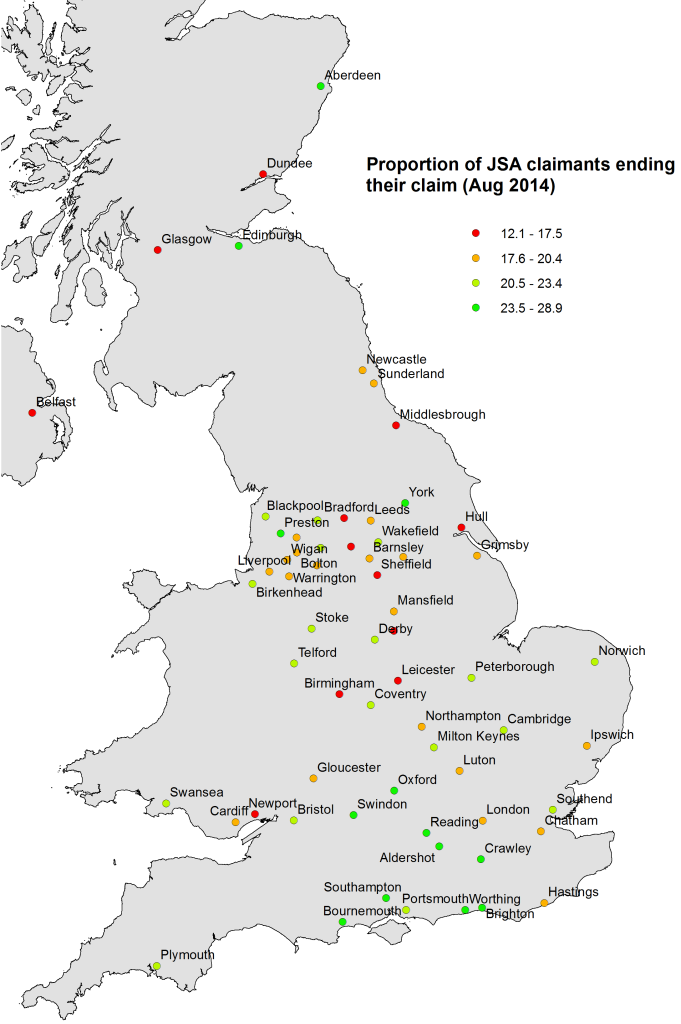 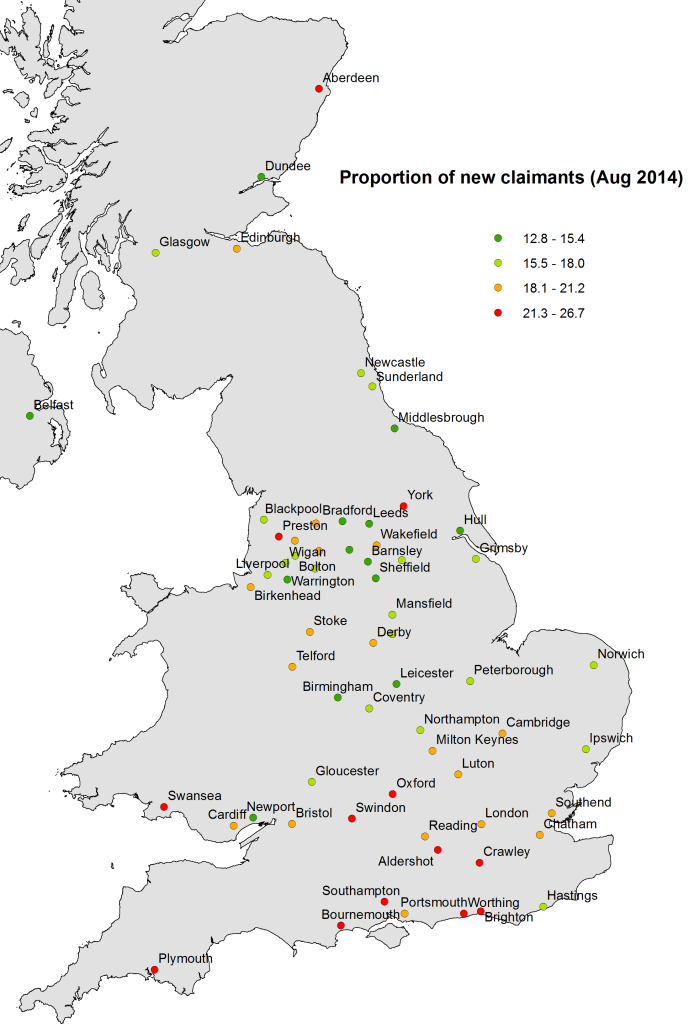 In contrast, cities that have a low rate of churn are known to have some of the country’s highest long-term unemployment rates.  For example, Hull and Birmingham (with long-term unemployment rates 11.1 and 7.6 percentage points above the UK average) are among the cities with the lowest proportions of new claimants and the lowest proportions of claimants ending a claim. As such, a relatively high proportion of claimants are ‘stuck’ on JSA.

The good news is that over the course of the year, despite all but two cities (Birkenhead and Bolton) seeing the proportion of new claimants rise, all cities have also seen an increase in the proportion of claimants ending a claim. This is reflective of the fall in UK long-term unemployment (down 30.3 per cent on the year) and with the continued improvement in labour market conditions, this pattern looks set to continue.