Our recent report on cities’ international trade highlighted that all British cities are heavily dependent on access to the European single market in order to sell their exports. But export dependency takes another form; in some cities a single sector accounts for more than half of a city’s exports. This is the case in Derby, Sunderland, and Cardiff. 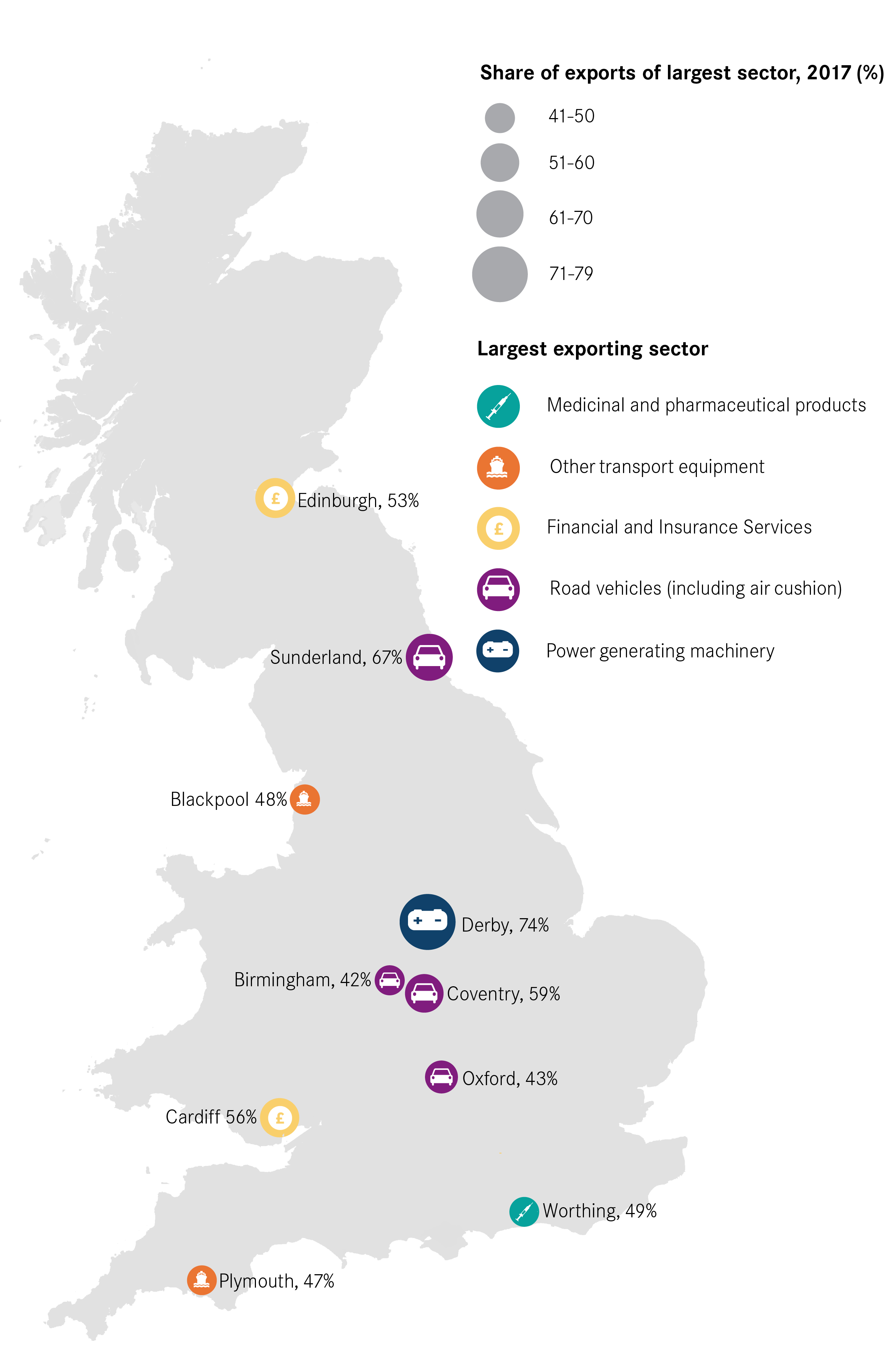 The map shows the cities where a single exporting sector accounts for more than 40 per cent of the total value of exports. It is immediately clear that only some sectors boast such levels of dominance over local economies. The importance of car manufacturing to the West Midlands’ cities, for example, is evident, as is the strength of the Edinburgh and Cardiff financial sectors, and the reliance in some coastal cities on production of ships. But the map also shows that few cities in Great Britain are dependent on a single export sector, with only 10 of the 62 cities analysed represented on this measure.

Is this a bad thing? Specialisation brings benefits to cities, enabling them to build clusters of expertise in certain fields, and generating further growth as other companies in the specialist sector relocate to take advantage of the specific skills available in the relevant city.

But recent events remind us of the dangers of being over reliant on one industry. A city that is dependent on a single sector for its exports is vulnerable to shifting patterns of supply and demand in global markets for individual goods or services. Recent troubles in the steel industry that have affected Swansea and Middlesbrough and the current uncertainty in the car industry highlight this. Declines in mining and manufacturing through the 1980s and 1990s and the impacts on particular places act as an underscore to this point.

Given this, the 10 cities on the map above need to widen their export base. Having a large single exporting industry brings jobs and prosperity today but it doesn’t guarantee that it will do so tomorrow. The forthcoming local industrial strategies should set out how they intend to do this.