Despite being the Centre for Cities, one of the most ‘frequently asked questions’ we’re asked when out and about discussing our work is “what about rural areas?”. This question has become more relevant in recent months, given the new Government’s focus on encouraging economic growth right across the country as part of its new economic and industrial strategy.

In response, we’re always clear that although our work focuses on the UK’s 63 biggest urban cities, we do not regard cities as islands, or as the be-all and end-all of the national economy. Our recent report Trading Places, which looked at the economic geography of businesses and jobs across Britain, offers a better insight into the role that rural areas play in the national economy.

In the report we split non-city areas into two categories – hinterlands and rural. Hinterlands are non-urban areas which are within the travel-to-work area of cities, and rural areas are those areas outside the travel catchment of cities. When we look at the economic make-up of these two types of areas we see some notable differences.

Figure 1: Distribution of businesses and jobs across the four geographies, 2015

Figure 2: Where businesses in different sectors choose to locate, 2015

Figure 3: Occupational profile of jobs in service exporters across the four geographies, 2015

Figure 4: Distribution of domestic and foreign businesses and jobs across four geographies, 2015

These reflections suggest that for the Government to realise its aim of driving growth up and down the country, it will need to be realistic in recognising the limits of policy to bring about the growth of high-skilled exporters in every type of place across Britain. Rural and hinterland areas will have important parts to play in improving the performance of the national economy, but given their relative lack of high-skilled exporting firms and jobs, these will be (and should be) different from the those played by cities.

Identifying how to make the most of rural and hinterland areas – for example, by improving transport links to cities to help people access jobs, or through bolstering rural sector strengths such as tourism – and how they can complement rather than contradict the roles played by cities, will therefore be a critical task for the Government in its upcoming industrial strategy. 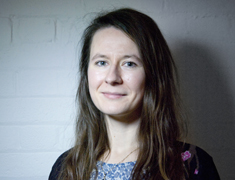