One of the main reasons for better linking northern cities through transport improvements is that it will encourage people living in one city to take advantage of and commute to jobs available in other cities. But as our recent report Building the Northern Powerhouse shows, even with improved transport connections, it’s unlikely that this will happen on any great scale.

The reach of London is far greater than any other large UK city. On average, London workers who live outside the capital commute 62 km to their job. For Manchester it’s 38km, while in Leeds it’s 32 km (data from Census 2011, Centre for Cities calculations). This is certainly helped by the greater number of rail lines that serve London. The map below shows the much greater number of train lines that emanate from central London compared to the centres of Manchester, Liverpool and Leeds. There’s no doubt that there is more choice when it comes to commuting into the capital by train. 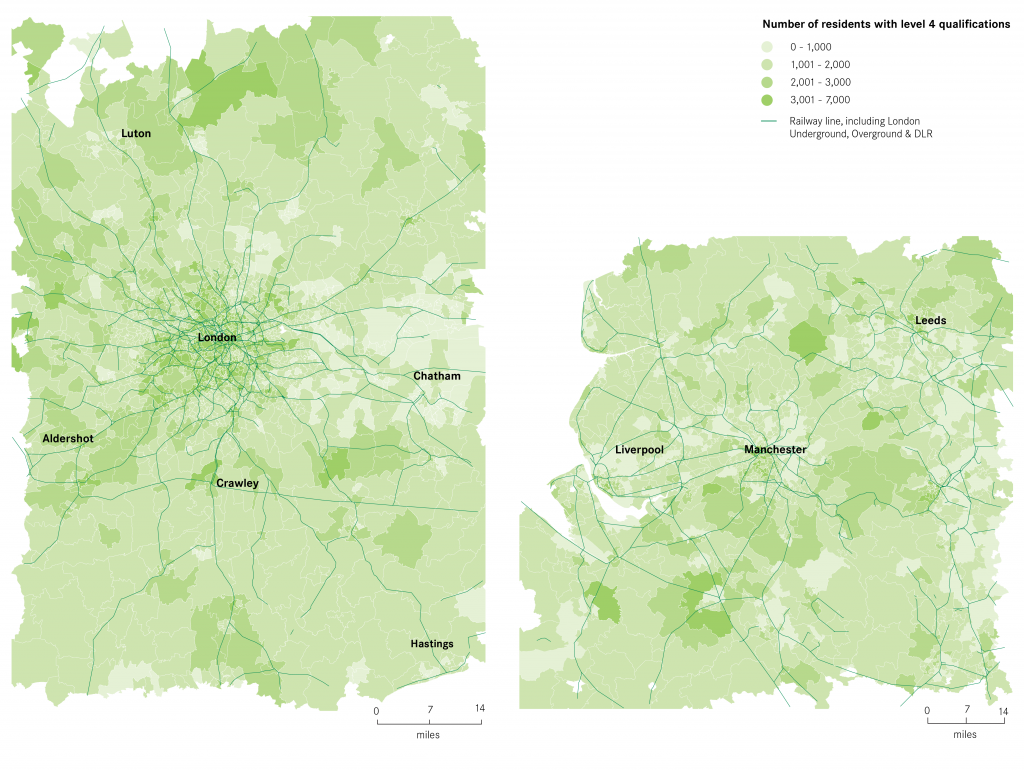 But supply on its own isn’t sufficient – there has to be demand too. And here there are two key differences between London and elsewhere.

Firstly, differences in wages are much greater between London and its hinterland than (for example) Manchester and its surroundings. On average, wages in Manchester are 8 per cent higher than its surrounding area. In London this differential is 28 per cent. And it is even greater when looking at Inner London – average wages are 51 per cent higher in Inner London than in the capital’s hinterland. This clearly increases the incentive for workers to travel longer distances into London.

Secondly, there is a large difference in the cost of housing between the respective cities and their hinterlands. As the maps below show, the gradient of the cost housing per square foot is both lower overall and drops off much more quickly in Manchester than it does in London. The result is that the trade-off between commuting time and housing costs is much less acute in Manchester, meaning people aren’t forced to live so far away from the centre of the city. 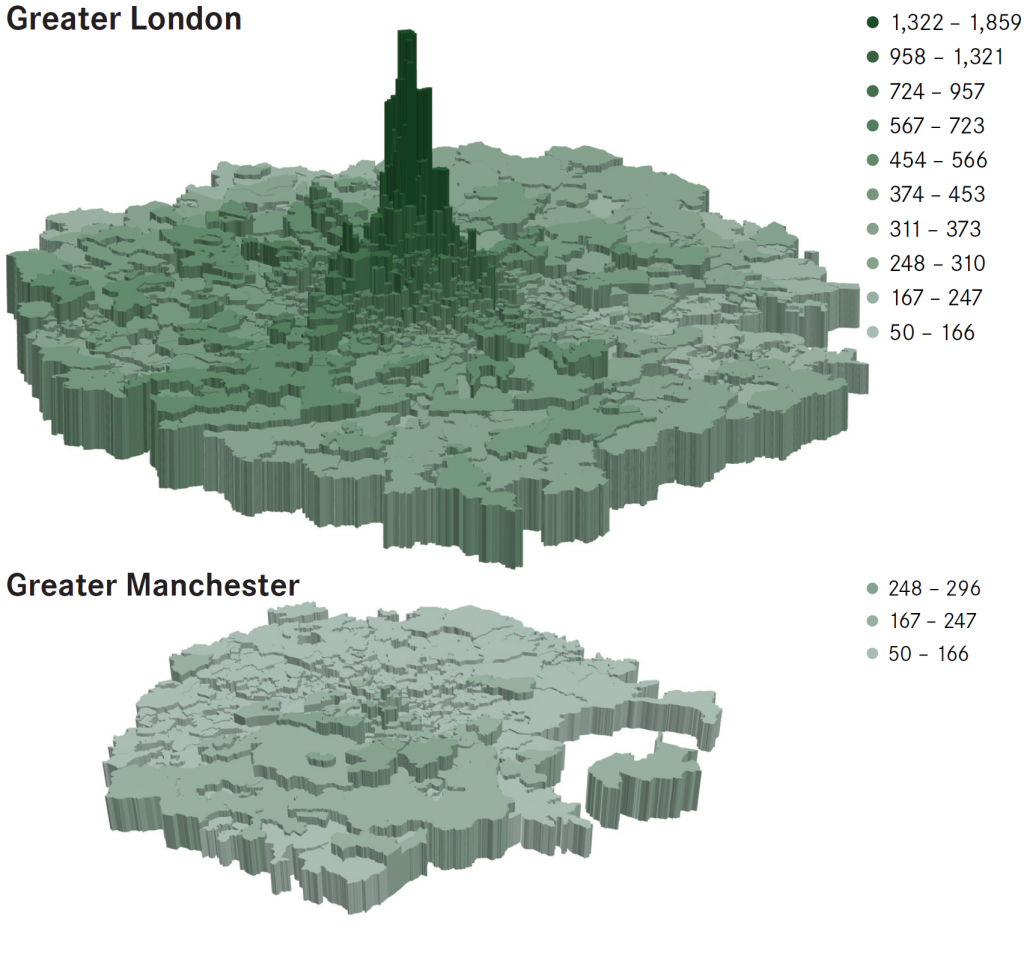 One of the benefits that has been proposed for living in a larger city like London is the ease with which professional couples can both find a job – the claim being that it makes London more attractive to these couples than northern cities. It has been argued that an improved rail line between Leeds and Manchester could bring similar benefits, with the combined scale of the two cities increasing the likelihood that both people could find a job.

There is a logic to this argument. But living between the two cities and commuting by train to either is already an option. The train from Huddersfield takes 30 minutes to go to both Manchester and to Leeds. Of the working residents living in the west of Kirklees local authority (the east is served by Dewsbury station, which is much closer to Leeds), around 1,500 commuted into Leeds by train, and 400 went to Manchester in 2011. This would mean that a maximum of 400 couples commuted in opposite directions by train, and the reality is that this number is likely to have been much lower.

Based on this evidence, improving transport links between cities alone is unlikely to have any great influence on commuting patterns. If we want to increase the job opportunities available to people and improve the economic performance of northern cities, then the primarily focus should instead be on improving both the skills of residents and transport provision in city regions.