This morning’s headline labour market statistics will be welcome news for the Government:

The quarterly figures are being heralded as the best in a decade. For many this is an overstatement though; the employment rate is still well below the 2008 peak. Figures on underemployment don’t look so impressive either. The latest statistics tell us:

The Census provides us with a longer term view of what’s been happening with full-time and part-time work. It allows us to look at change in hours worked at a relatively detailed geographic level over the last decade.

What’s behind this increase? Is it simply that more women (who have a much higher propensity to work part-time) have entered the labour market?

As the map shows, part-time working amongst the male workforce has increased substantially in some cities: the proportion of men working part-time has risen by more than 10% points in Bradford and Luton.

In the absence of more detailed time-series data, it is difficult to assess the extent to which these changes are driven by the recession. It does serve as an important reminder though that unemployment is only part of the story.

Change in part-time working amongst the male workforce by city, 2001 to 2011 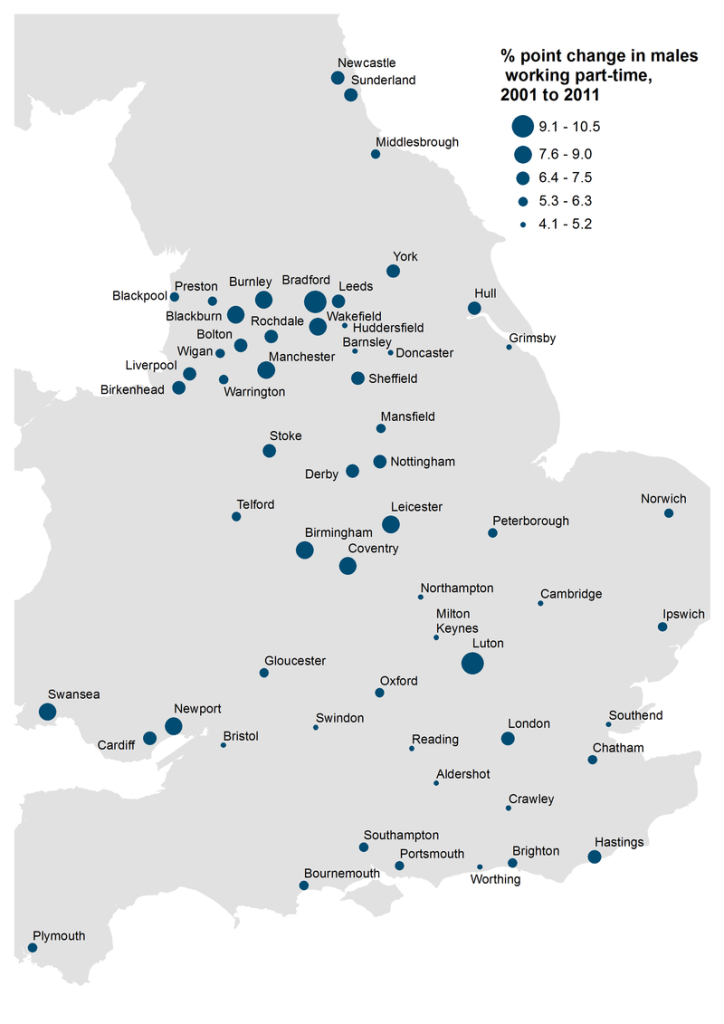