The public sector is a surprisingly large employer of new graduates. As our report The Great British Brain Drain shows, publicly-funded jobs (those in public administration and defence, education and health) accounted for 46 per cent of all new graduate jobs in 2014 and 2015 – but this role varied across cities.

The dominance of public sector graduate jobs in cities such as Barnsley, Chatham and Blackburn reflects the weakness of the private sector in these areas, as opposed to an oversized public sector. The chart below shows that cities that are most reliant on publicly-funded sectors for new graduate jobs also tend to have the lowest numbers of private-sector positions for university leavers. 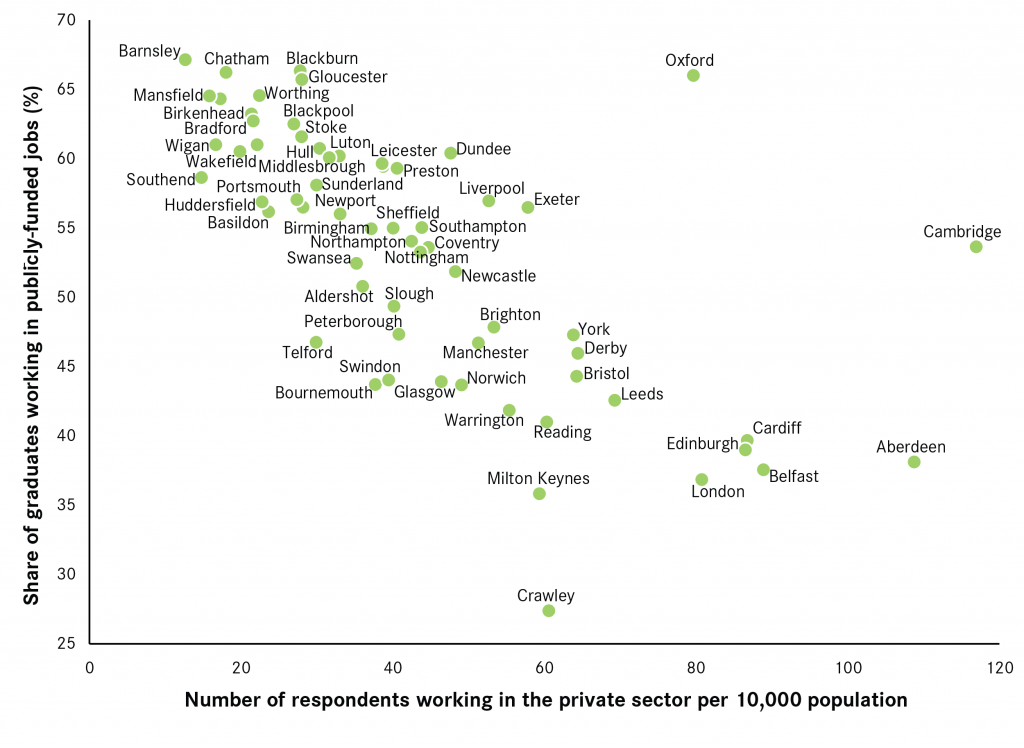 An argument put forward in the past is that part of the reason why the private sector is so small in those places where publicly-funded positions dominate is because higher-paid public positions crowd out the private sector. But our data does not back this up. Removing health and education (because of the specialist skills they require) shows that there was a public administration pay premium in all but two cities. So if there was an element of ‘crowding out’ taking place, it would be happening everywhere.

And as we show in the report, the wages on offer do not seem to be a driving factor of where new graduates go to – instead the opportunity for career progression appears more important. The chart below shows that those places reliant on publicly-funded sectors to create new graduate positions also have fewer jobs (in total, not just new graduates) in high-skilled occupations, suggesting that career progression is the big issue for these cities. And without the publicly-funded sector, the size of the new graduate workforce would be even smaller. 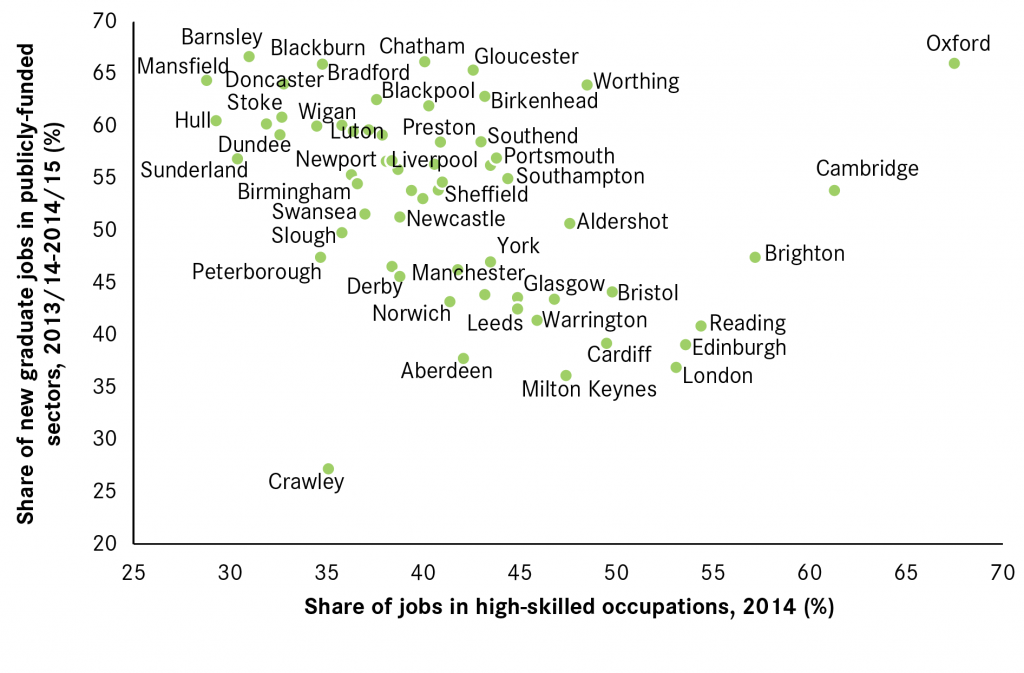 This data does also sound a note of caution for any proposal to move public sector jobs to attract in graduates. The movement of a single institution, like the ONS to Newport, does little to improve the career progression opportunities within a city. This could be different if a number of public institutions were moved to one place, but even if that did happen, it would not provide an answer for other places that struggle to attract and retain graduates.

So the ability of places such as Barnsley and Blackburn to attract and retain new graduates is very much down to the lack of opportunities in the private sector. If these cities are to attract and retain a greater number of graduates, they will need to focus on policies that support the private sector to create graduate-level opportunities to complement the positions available in public administration, education and health.

Are investment banks really luring away STEM graduates from other sectors?

It’s not all about the money: where graduates choose to live