Urbanisation is now a very familiar word to many people, as the world’s population continues to increase. For some it is a term full of hope and promise, but in many cities and for many mayors, it is also synonymous with ever-present housing crises – as is the case in London.

The two front running candidates for the coming Mayoral election have rightly put housing centre stage of their manifestos. However, the painfully obvious answer to the problem – to build more houses – is fraught with challenges. From the property market perspective, both candidates have good ideas, but are they deliverable?

Zac Goldsmith, the Conservative candidate, wants to double the output of house building to 50,000 new homes a year by 2020, and to ensure development is in keeping with the local area. While this is an attractive policy on paper, any commitment to this effect is straight away complicated by the issue of cost inflation eroding commercial viability – with the 3 per cent Stamp Duty Land Tax (which comes into place in April this year) diminishing demand among buy-to-let investors for off-plan sales.

That in turn is likely to result in a decline in the provision of housing, including affordable homes, which rely on off-plan sales for funding. In the context of these bigger issues, Goldsmith’s idea to introduce a new ‘design tsar’ seems like a distraction, as delivery quality is well-covered in the London Plan and good design, as ever, is subjective.

The Conservative candidate has also outlined plans to give Londoners the first chance to buy new homes built in London is popular and useful, but this policy will need to balance the importance of overseas and domestic investors in triggering development finance. Fewer investors would mean fewer new housing developments. The determination to ensure that a significant proportion of all new homes are only for rent (and not for sale) is a must, as this is the fastest growing tenure type, and demand for rental properties continues even during weaker phases of the housing market cycle (whereas demand for properties to buy decreases).

Sadiq Khan, Labour’s candidate, is also committed to delivering more affordable housing and to giving Londoners ‘first dibs’ on those homes. He would introduce a 50 per cent affordable housing target for new developments, and use mayoral planning powers to stop ‘buy-to-leave’. He has also vowed to stop homes being sold off in advance to foreign investors.

In reality, however, there is little evidence of ‘buy to leave’ actually happening, and restricting demand is a quick way to compromise the viability and deliverability of new developments. The industry is already signed up to the Mayor’s ‘London first’ concordat for sales, which commits to give Londoners first option on new homes in the capital.

Ultimately domestic demand is not strong enough to drive off plan sales rates, so the issue here is that action to restrict overseas investors would simply destroy the viability of most schemes, and would reduce, not increase, the level of affordable housing delivery. We should remember that Ken Livingstone had this aim and never got close to implementing it.

Under Sadiq’s plans, the £400 million ‘left’ in this administration’s affordable homes budget would be used to support housing associations in their plans to deliver more homes. London would benefit and the intent is commendable, but there again remains a question around the industry’s ability to deliver. On a cost basis alone, constructions costs alone are increasing by around 8 per cent each year (driven by labour and materials shortages), which makes higher supply scenarios challenging to say the least. Similarly the plan to bring forward more land owned by public bodies like TfL, and to use the Mayor’s new homes team to develop that land, would be universally supported across the industry if it makes commercial sense.

Sadiq has a number of other plans revolving around creating a living rent, setting up a not-for-profit lettings agency to promote longer-term stable tenancies for responsible tenants and good landlords, and introducing a landlord licensing scheme. All of these policies would be beneficial to the market, but cost, process and regulatory challenges would pose hurdles to overcome.

There is no doubt that the next Mayor, whoever it may be, will be committed to alleviating the severe housing difficulties London faces. There is also no doubt that there are many promising ideas among the abundance of pledges made by the main candidates. However, it is not for shortage of ideas that London finds itself in this situation. Rather, it is the deliverability of those ideas which matters most in a market where competition for funds is aggressive, where processes can tie up opportunities and where local and international interests may be at odds. Any Mayor who can work with the grain of the market to create long term and lasting solutions will make genuine progress in addressing London’s housing provision problems.

Rosemary Feenan is International Director at JLL, and is Centre for Cities board member. This article was co-authored by Adam Challis, Head of Residential Research at JLL. 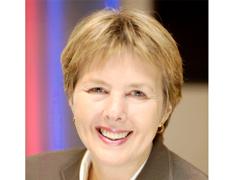 What should the top priorities be for the new Mayor of Tees Valley?