Amazon has today announced that it is opening a huge warehouse at the enterprise zone in Manchester Airport City, bringing 1,500 new jobs to the region. That’s good news for the city, where the employment rate is currently 68 per cent – below the UK average of 71.9 per cent.

However, while the new jobs will offer a welcome boost to local people, the announcement also reflects the limitations with national policy on enterprise zones – the tendency for them to be based them in out of town locations, where they are most likely to attract low-skilled, low paid jobs. That trend was also illustrated in the recent Spending Review, when the Chancellor announced 15 new enterprise zones, and extensions to nine currently existing sites – only a handful of which are based in city centres.

Why is that a problem? Our research shows that high-skilled, high-paid jobs are increasingly clustering in our most successful city centres because of the face-to-face interaction they offer – with 28 per cent of all high skilled private sector jobs in England and Wales based in the 0.2 per cent of land taken up by city centres.

In contrast, enterprise zones in out-of-town locations are more likely to generate low-skilled, low-paid jobs. For places which are struggling economically, creating more enterprise zones in the outskirts won’t help them attract the knowledge-intensive and innovative businesses which offer the best prospects of long-term economic growth.

So while the new Amazon warehouse in Manchester is welcome news, the focus of national policy-makers should be on incentivising and supporting places to attract high-skilled, high-paid jobs to their city centres, rather than in out of town locations. Manchester has a strong city centre (see map below) which drives growth across the wider city-region, but other places aren’t so fortunate – and continuing to locate enterprise zones in the outskirts of cities could undermine their chances of attracting the types of businesses which are most likely to boost jobs growth, productivity and wages. 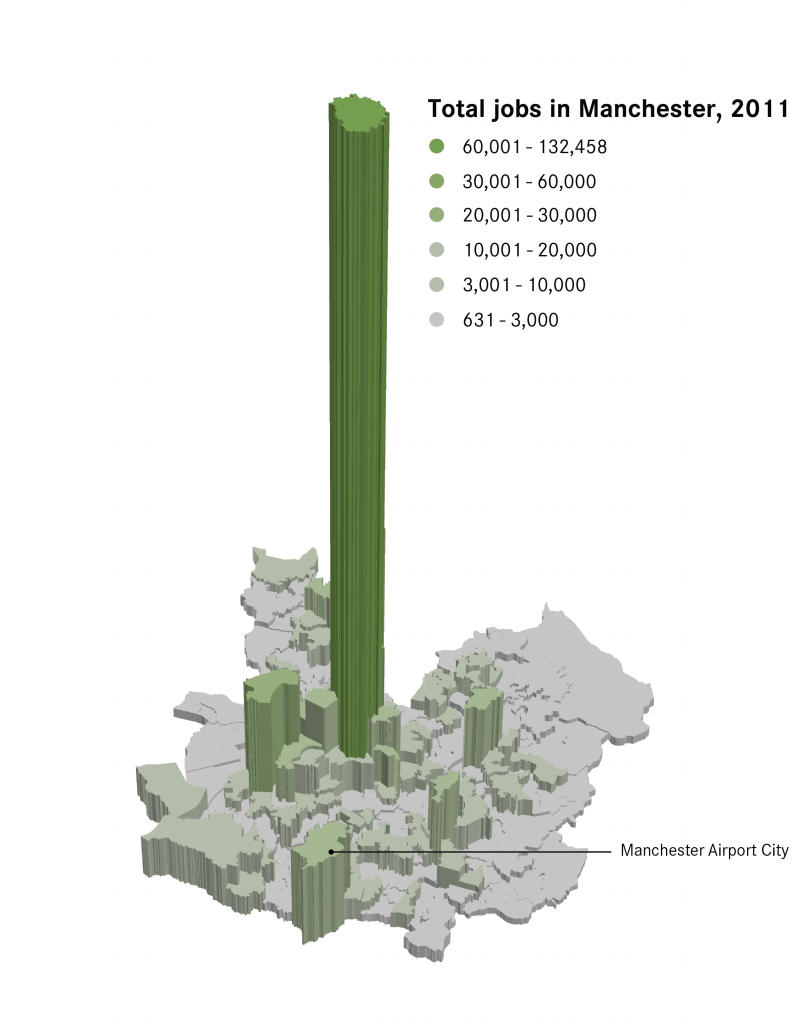