Recently, commentators like Grace Blakeley and Ian Mulheirn have argued that it is the cheap cost of credit and loose monetary policy that actually explain why house prices have risen so much since 2009. The problem for them is not a shortage of new homes, it’s that we treat homes too much like an asset, and that housing policy is too intertwined in the financial system.

No doubt part of the boom in house prices over this business cycle can be attributed to the cheap cost of credit – that’s normal and what you might expect. But it’s nowhere near the full story. We can see this by looking at how house prices in cities have risen across the country: rather than all increasing at the same rate, house prices have grown at very different rates since 2009. 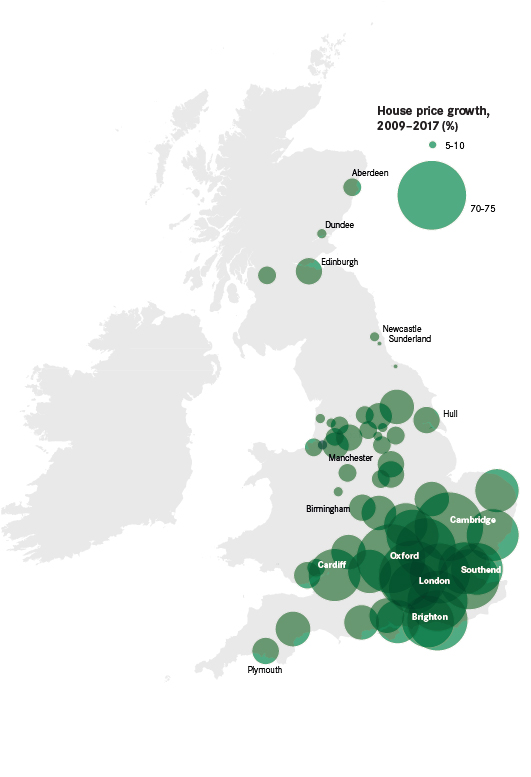 While house prices in Cambridge were 76 per cent higher in 2017 than in 2009, in Burnley they’ve increased only by 2 per cent. If credit were the only thing to blame, this would make no sense. They’re both part of the same market for credit, the same currency, and the same framework for housing policy.

The solution to this puzzle is that there is no single housing market. Instead, there are a series of interlocking housing markets, centred on cities and their labour markets. Some cities have experienced much more economic growth since 2009 and are much more attractive to workers as a result – and when not enough housing is built in these cities, a shortage emerges and prices and rents go up.

Reform of the financial system may dampen booms and busts, but the eye-wateringly high housing costs in cities like Cambridge, York, and London can be addressed only by building more homes, so that local supply gets closer to meeting local demand. If successful cities don’t look at measures that can increase the supply of homes, like increasing density and green belt reform, housing costs will stay high. That might be good for homeowners in those cities, but it is not so good for those that in the private rental market, or those who want to move to these cities.

Myth #9: A close relationship with a city is bad for a town’s economy 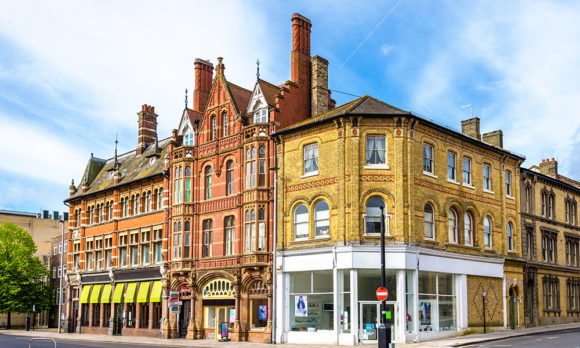