Many have puzzled over why the UK’s productivity performance is so bleak. While the latest OECD research suggests the gap between France and the UK is smaller than previously thought due to British workers having shorter hours, it still doesn’t explain the slowdown in productivity growth in recent years. One of the most popular theories is that a ‘long tail’ of unproductive firms – a large group of poorly performing companies – is dragging down the country’s overall statistic. It’s been championed by influential economists, such as Andy Haldane of the Bank of England, and become the basis of the Chancellor’s Business Productivity Review. But is it right?

While it’s true that a large number of firms have low productivity, the long tail narrative is misleading. Our research shows that there is a more complex story to be told, and crucially, this changes the policy response we need to fix the productivity problem.

The ‘long tail’ is a diverse group of businesses and their different characteristics need to be acknowledged when considering their productivity performance. The group can be split in two: local services and exporting businesses. Local services – restaurants, shops, hairdressers – sell to a specific, local customer base while exporting firms – car manufacturers, investment banks – sell beyond the local market, to other regions, cities or countries.

Local services firms dominate the ‘long tail’, and account for 94 per cent of the bottom third of businesses when ranked by productivity. The left skew in Figure 1 shows how these firms – the green line – are concentrated towards the lower end of productivity levels. In contrast, exporting firms have a much lower peak – the purple line – showing that they are more evenly spread across a range of productivity levels, with some performing well.

But this doesn’t’ mean that addressing the sluggish performance of local services should be at the heart of the UK’s productivity policies.  While exporting firms are well-suited to increasing their productivity – they are able to absorb innovations more easily than other businesses – this is not the case for local services firms. For example, the food and accommodation industry’s productivity only rose by 0.7 per cent since 1990 while the productivity of computer and electrical manufacturing doubled. While improvements in productivity are of course welcome and could help raise wages, a hairdresser or waitress is constrained by the very nature of their work. So the fact that their productivity hasn’t risen in 30 years shouldn’t be a surprise or a concern.

This means that improving productivity is mainly dependent on the productivity growth of exporter businesses. 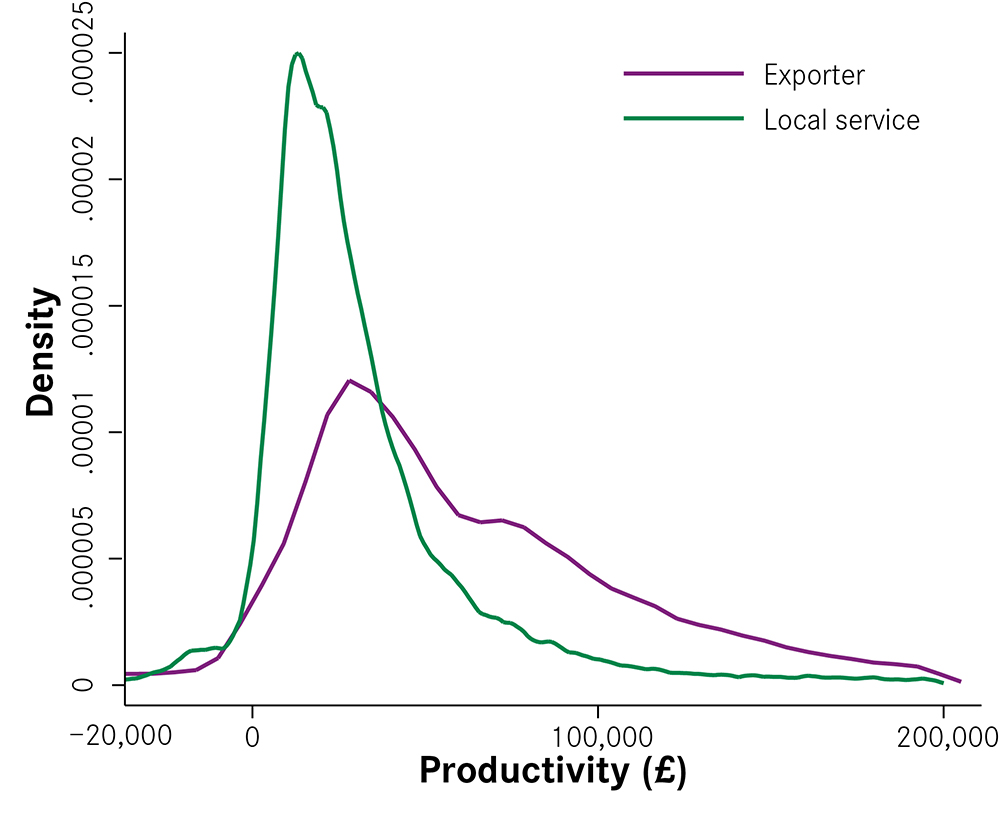 Exporting businesses are not spread evenly across the country – 61 per cent of them are located in cities. But not all cities are equally successful at attracting these productivity-driving firms.

In 2015, nearly half of the exporting jobs in cities in the Greater South East were within the UK’s 10 per cent most productive firms. Cities in other regions lag significantly behind, with only a quarter of jobs in these top firms. These cities are less attractive locations for high-skilled, productive businesses due to a combination of factors such as the lower skill levels of their workforces and less desirable city centres.

Scaling this up to the national level shows how weak exporting performance is stifling the UK’s overall productivity performance. 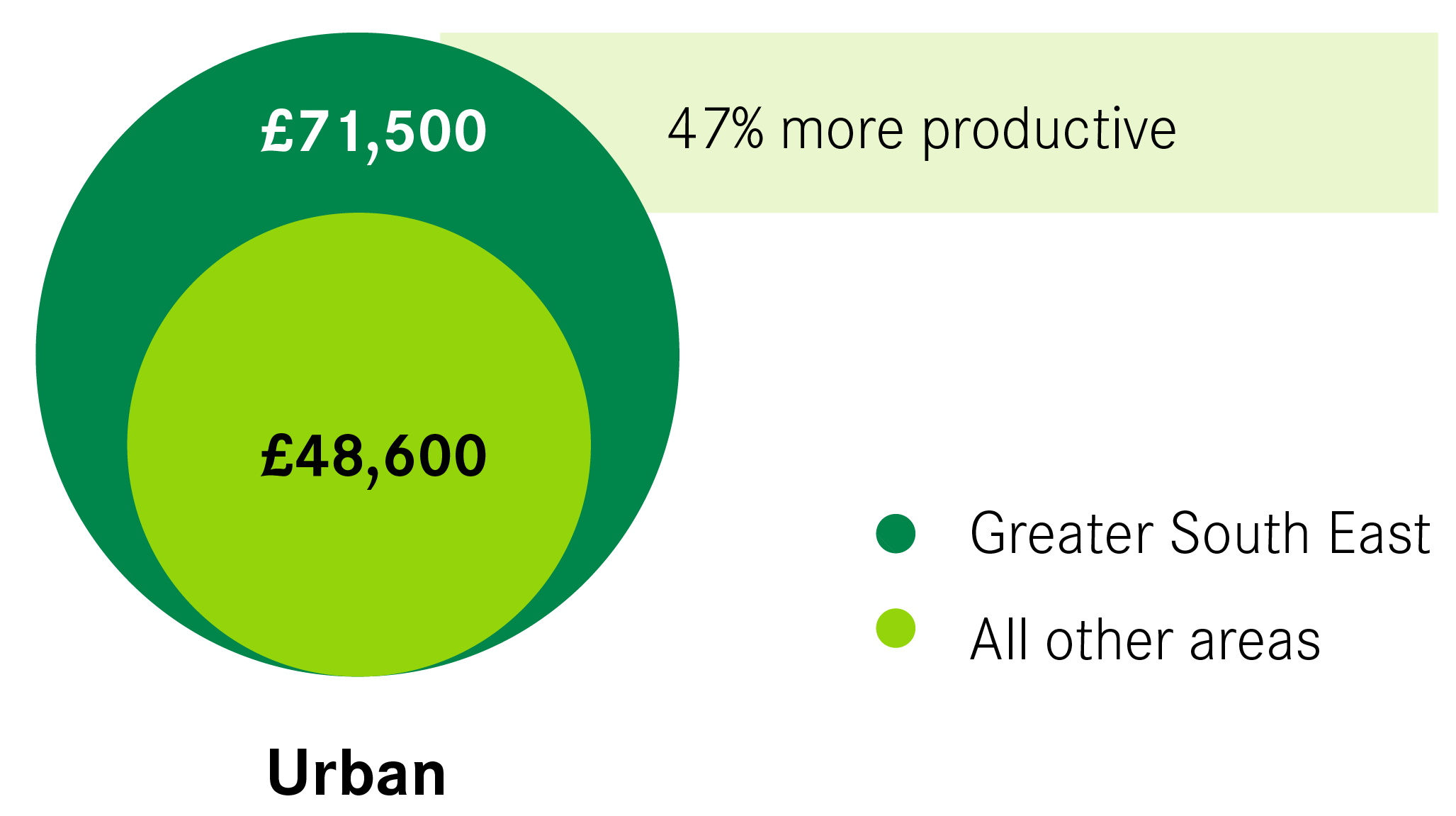 If we are to both improve UK productivity and close the huge productivity gap across the country, then we need to improve the performance of exporters in cities outside the GSE. Attracting in more high-performing exporting firms would not only directly benefits cities themselves, for example through higher wages but also strengthen the country’s overall productivity performance. Much of our research focuses on how to do this, with the priority always on improving educational attainment and training so that cities’ workers are more attractive to productive employers.

Myth #7: You need a university to have a strong economy 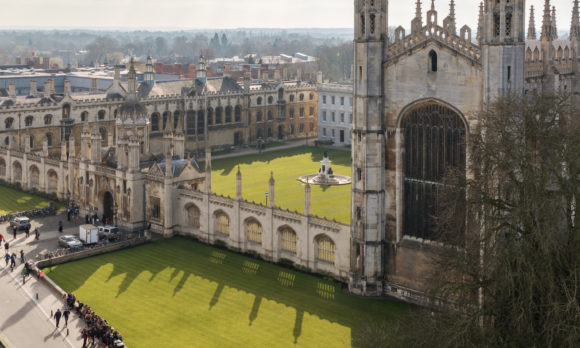