If cities don’t spend money on local firms, does money then ‘leak’ out to other areas?

This Christmas, consumers are being encouraged perhaps more than ever to buy locally or even to use some local currency such as the Bristol Pound as an important way of boosting local living standards and economic growth.

This idea has popped up in local government too, with the Preston Model of councils preferring local firms for procurement contracts. Sadly, although it’s a comforting story, this is not how local economies work. Two big problems emerge from this idea: a practical one about scale, and another about the role of trade in local economies.

The first is that not every place can buy locally without hurting other places. Even if local procurement by the council does benefit firms in Preston, that means firms in other places like Blackpool or Blackburn will lose out on contracts with the council. If Blackpool then responded with a local procurement policy of its own, both cities would be back to square one. And imagine the impact on places up and down the country if London took this approach:  it robs Peter to pay Paul, and it’s a form of local protectionism.

The other problem is that ‘buying local’ as a local economic development initiative ignores the key factor behind the prosperity of a local economy – a city’s exports. These are made up of the sales of goods and services that ‘local’ businesses make to customers based in other parts of the country or overseas.

These companies that export beyond their home city are crucial for driving productivity growth and supporting the rest of the local economy, especially if the work they do is highly skilled. In contrast, buying and selling locally does not bring new money into the local economy. It does not create new output or local economic growth, and will therefore always struggle to improve living standards in poorer cities.

Supporters of this approach often use the analogy of the ‘leaky bucket’ to advocate for ‘buy local’ policies, they claim that money spent outside the local economy leaks out, which is regarded as a bad thing. But what gets missed is the importance of exporters in determining the size of the bucket. It is always much larger in successful cities with a strong export base, like Reading, than it is in more poorly-performing ones like Barnsley and Blackburn. For many places, increasing the size of exports should be the policy priority, rather than prioritising whether or not the bucket has holes in it.

Rather than trying to convince people to shop locally, cities would be better off focusing on how they can trade more with the rest of the country and the world. It’s not whether you buy your Christmas presents from the local independent shop or the megastore that matters for the prosperity of the economy. It’s how much money you have in your pocket in the first place as a result of your city’s links elsewhere.

Note: Preston Council have been in touch to make us aware that the Preston Model operates at the Lancashire and not the individual LAD level

Myth #6: We should focus on the ‘long tail’ to solve the UK’s productivity problem 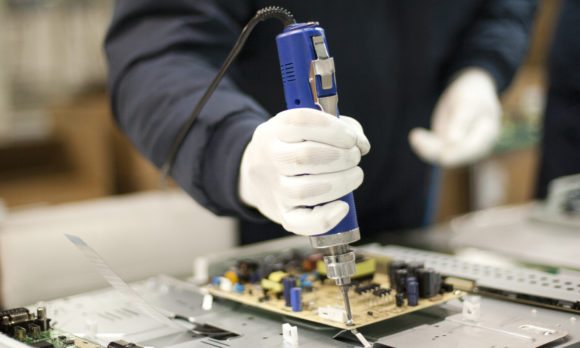