George Osborne was rightly quick to point out the UK’s impressive record at creating jobs during his Budget Statement – this month’s figures show employment is at a record high of 73.3 per cent and unemployment is down to 5.7 per cent from 7.2 per cent just a year earlier. But while the figures have improved, they don’t show the worrying trends in long-term unemployment. Of the total unemployed, over one in three – 34 per cent – have been unemployed for at least one year. And nearly 1 in 5 have been unemployed for two years or more.

The extent to which long term unemployment affects cities varies significantly, as shown in the tables below. At 23.9 per cent, nearly a quarter of JSA claimants in Hull have been unemployed for two years or more. This is nearly four times higher than the share in Aberdeen (of 6.6 per cent).

Typically, it is cities with low claimant rates that have the lowest long term claimant unemployment, including Aberdeen, Oxford and Reading. One exception is Hastings. Despite having one of the highest claimant rates of any city (of 3.1 per cent), long-term unemployment is relatively low – 22.2 per cent have been unemployed for a year or more and only 11.5 per cent for two years or more. 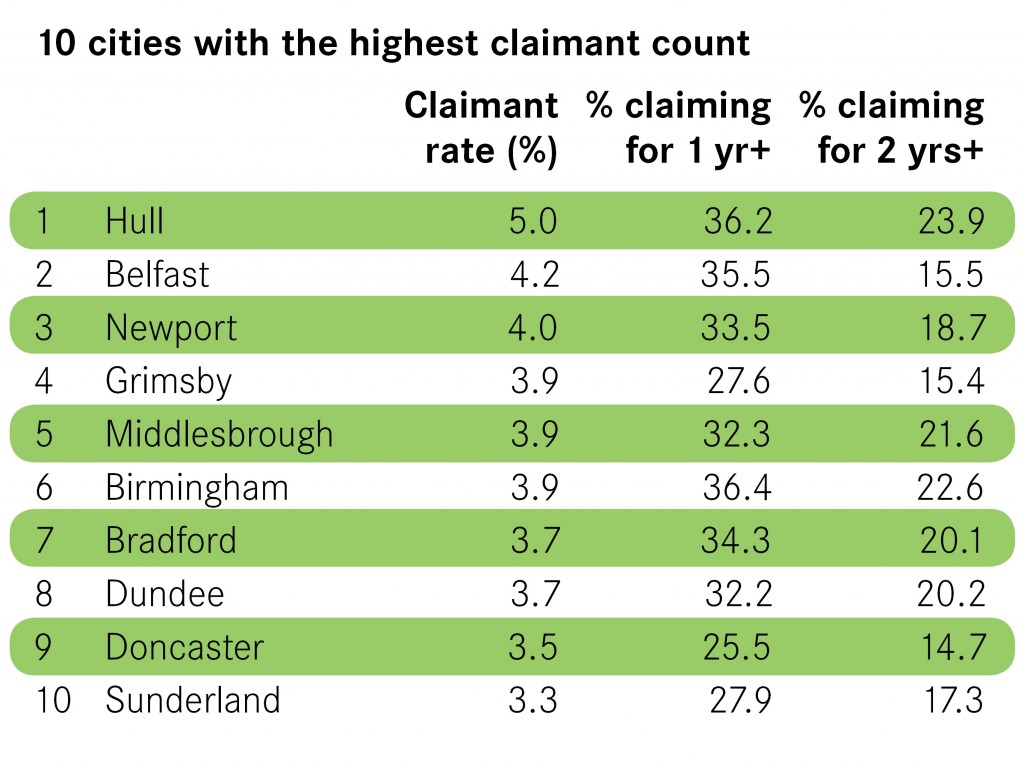 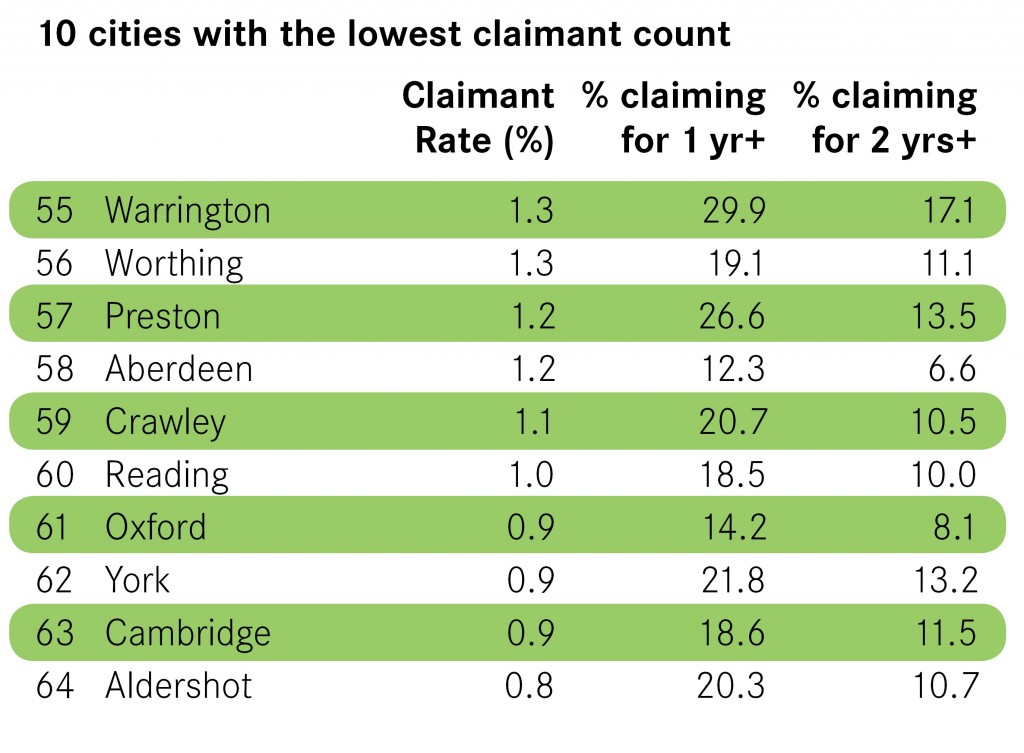 As such, the challenge for the next government will not only be continuing to create more jobs, but also ensuring the long-term unemployed are supported by strong programmes that move them into work.

The latest city-by-city labour market stats are on our data tool.